Boys Will be Boys, Even When They Are Eco-Terrorists

Boys Will be Boys, Even When They Are Eco-Terrorists

The double standards in the enforcement of the laws concerning wildlife are amazing.

When we approach a seal killer on the ice with a camera in Eastern Canada we are arrested, roughed up, jailed, fined, and called criminals.

You see, a person doing something like that is viewed as an eco-terrorist by the courts.

This week, the courts in Australia slapped a fisherman on the wrist for shooting up to 100 endangered seals in a wildlife preserve, destroying property, discharging weapons in a national park, endangering human life, and discharging a weapon while under the influence of alcohol.

This cold-blooded killer and his accomplice were observed by frightened University students laughing, drinking, and jeering as the heads of fleeing seals exploded and the bay filled with the blood of the fourth most rare species of seal in the world. 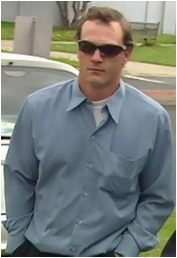 Paul Goodwin, 30, was the captain of a shark fishing boat in August 2006 when he mass slaughtered up to 100 rare fur seals on Kanowna Island within Wilson Promontory in southeast Victoria, Australia.

At the time he was arrested he claimed he shot the seals to protect his catch. He and his accomplice fired over 100 shots over a period of an hour. Forty seal bodies were recovered. All of the shooting took place in a national park where fishing was not allowed. Hs accomplice was his deckhand Damien Hislop, 19, of Newhaven.

University students on the island, conducting a study, testified that they saw Goodwin and a co-accused person drinking beer, laughing, and cheering as they shot at the seals coming out of the water.

The students said they heard 100 shots fired at seals over an hour and they feared for their lives.

Goodwin's lawyer Chris Carr attempted to impress the court by presenting him as a model fisherman, explaining that he was the poster boy for the commercial fishing community of Australia.

Mr. Carr reported that Goodwin was extremely remorseful for his actions and horrified to discover there were people on the island and that he had impacted on their research project.

Of course, he was horrified that there were people on the island. That was because he was caught. He did not think anyone would be there to witness his crime. He did not express any remorse for the lives of the endangered seals he so ruthlessly snuffed out.

Magistrate Steven Raleigh described his behaviour as abhorrent and said any right-minded person would feel the same yet he sentenced him to a mere six-month intensive correction order meaning he does not go to jail, fined him $5,000, and ordered him to do community service. The maximum sentence was five years for the offences.

Prosecutor Marie Fidone said that following the incident, the seal colony on the island was so badly disturbed the majority of the animals did not return to the island, $50,000 worth of tagging equipment used on the seals was lost, and the University  research project was severely compromised.

Mr. Raleigh said he recognized Goodwin had no prior convictions, was remorseful, and had been punished in other ways for his behaviour. According to the lawyer for Goodwin his client's life has been destroyed, his fishing career ended, and he has received death threats and hate mail.

His accomplice Damien Hislop will appear in March next year to answer charges.
Outside the court, Detective Senior Constable Mick Harvey said, "As far as I'm concerned, it was a cowardly act and it was irresponsible."

This light sentence illustrates yet again that those who make a living destroying life are given special dispensation by the court while those who struggle to protect life are vilified and punished severely by the courts.

"It's a double standard," said Captain Paul Watson. "For more than thirty years I have seen this pattern over and over again. Save a life and go to jail, take a life and pay a small fine or do community service. No wonder so many people disrespect the courts."