Like those who will go to any lengths to hide their inhumanity, the government of Namibia also spared no expense to protect their shame. Below is a glimpse at the economics of slaughtering baby animals: 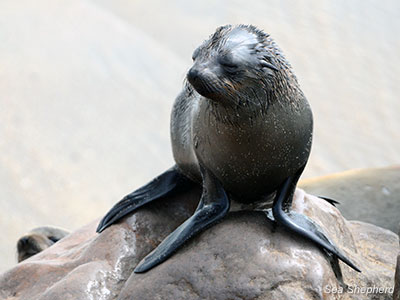 It doesn’t take a doctorate in economics to see that Namibia has absolutely no financial gain in this industry. An independent study showed that seal ecotourism is 300 times more profitable than this bloody business. If you deduct the security costs to protect the seal clubbing, this profit margin grows even further. According to sources, a new player has entered the playing field. After the EU ban on seal products, Namibia had nowhere to ship their product and so enters China. Namibia has made no secret of the fact that they are selling their infrastructure to the Chinese. Various government tenders are awarded to Chinese concerns, above those submitted by Namibian citizens, and various government partnerships have been entered into with China. This includes the Ministry of Fisheries and Marine Recourses who control legislation surrounding seal clubbing. China has no import ban on seal products and Namibia is pushing their obsolete seal products onto China.

After a 2011 meeting with the Ombudsman of Namibia, advocate John Walters finally released his findings from this meeting. Other than agreeing that sealing can be done better, in a shocking conclusion the Ombudsman declared that a seal is not an animal. It is beyond belief that one of the highest authority figures in Namibia is unable to identity what constitutes an animal. This would explain why Namibia is incapable of grasping the concept of economics. This proves that beyond a shadow of a doubt, advocate John Walters did not only fail in his mandate but that he is entirely unable and incapable of performing complex duties as required for his position.

Despite facing this very thick brick wall, Sea Shepherd vows to continue the fight to protect these endangered animals. This is how you can help: 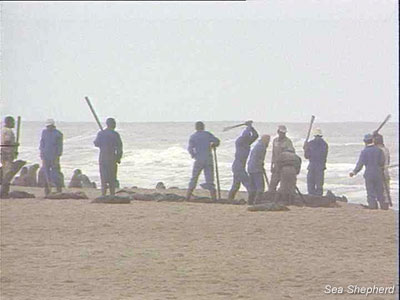