Barack Obama Opposes the Slaughter of Seals in Canada

Barack Obama Opposes the Slaughter of Seals in Canada

The Sea Shepherd Conservation Society is very hopeful that President Barack Obama will act strongly as President to oppose and condemn the annual slaughter of baby seals by Canadian sealers. We have every reason to believe that he will do so, considering this letter that President Obama sent to a constituent in 2006 when he was a Senator and a member of the Senate Foreign Relations Committee. 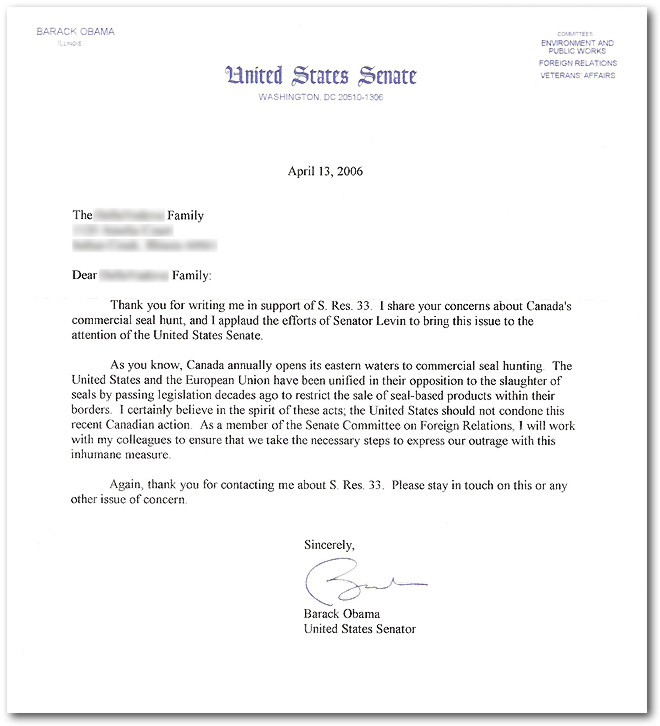