Australian Whale Defenders on their way to Antarctica Against Their Will

“It appears that the Japanese have clearly abducted three Australian citizens from the territorial waters of Australia inside the 24 nautical mile contiguous zone. These men were removed from Australian waters against their will without Australian Customs and Immigration clearance and they do not have passports,” said Captain Paul Watson. “I can’t imagine three Japanese boarding an Australian vessel 16 miles off of Japan and being transported to Australia against their will and the Japanese tolerating this. Japan now knows they have been given a green light by Australia to escalate their aggressive tactics.” 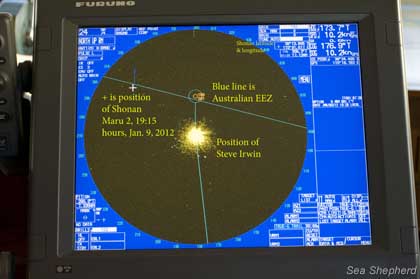