The Sea Shepherd ship Robert Hunter arrived in Melbourne on the afternoon of February 19th and docked at Victoria Docklands at the most prominent spot on the Melbourne waterfront, the same berth that our flagship Farley Mowat had departed from on December 22nd, 2006.

The ship and crew were met by hundreds of well-wishers and the media. Australian Customs and Immigration processed the ship quickly allowing Captain Watson to speak with the media.

A poll in the Age newspaper (online) had Sea Shepherd receiving 88% support for our activities in the Southern Ocean, and thankfully, the people of Melbourne have not been shy in giving us their support.

On February 22nd, the Farley Mowat arrived and was berthed at the next pier in Docklands. Again many well-wishers and the media were on hand to greet Dutch Captain Alex Cornelissen and his crew.

Despite not having a flag of registry, the Farley Mowat was not hassled and was processed into the country without detention or detainment.

We love Australia! And we love Melbourne!

The Australian Federal police, at our request, conducted a forensic examination of the damage on the Robert Hunter. Their inspection lasted a full day. We are confident that the evidence will support our claim that it was the Japanese whaler Kaiko Maru that deliberately rammed the Robert Hunter. The fact is that when we ram an illegal whaling ship, we proudly accept credit for our actions.

Sea Shepherd will be speaking with the relevant authorities about the possibility of keeping the Farley Mowat in Melbourne permanently as a Southern Oceans Whale Sanctuary Information Centre and Museum. Keeping her in service to the whales is a fitting retirement. We cannot afford to operate both ships, and the Farley Mowat is getting old and it is difficult to find spare parts.

If we can retire the Farley Mowat from active duty after 10 years of high seas campaigns we can focus our resources into making the Robert Hunter fully prepared to return to sea to protect the whales.

Both Sea Shepherd ships will remain in Melbourne for the next few months to secure new registration and to repair damages caused during the campaign.

Sea Shepherd is planning to do a tour of Australian ports prior to returning to the Antarctic Whale Sanctuary at the end of this year to once again intervene to protect endangered whales from the illegal poaching by the Japanese whalers. 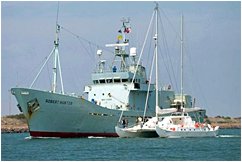 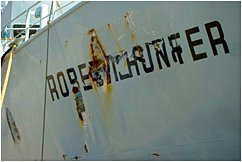 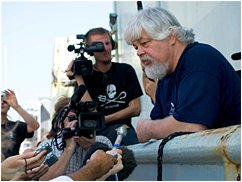 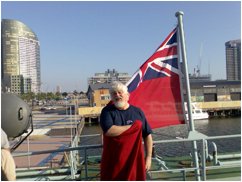 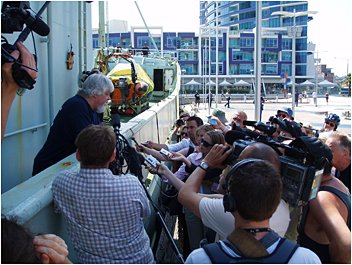 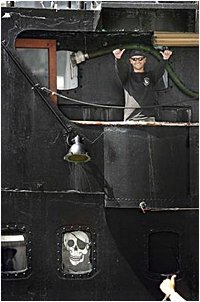