Arrival in the Galapagos-Report from Captain Paul Watson

ARRIVAL IN THE GALAPAGOS - Report from Captain Paul Watson

The Sea Shepherd conservation research ship Farley Mowat arrived in Puerto Ayora, Galapagos on the morning of May 6, 2004. As the ship was clearing Customs and Immigration, a fishing boat passed close by, escorted by Park rangers. On the deck were a number of recently slaughtered Galapagos sharks.

It was a timely arrival. It was the eve of a threatened strike by fishermen that promised more violence against the National Park. The fishermen who have already laid waste to entire areas of sea cucumbers demanded an extended season to further exploit the surviving numbers of the species.

more of Report from the Captain.....Galapagos Campaign 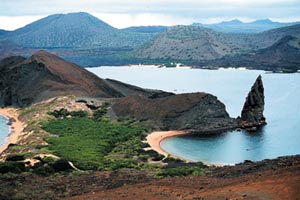