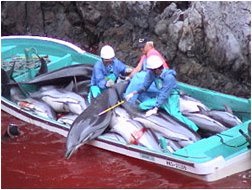 On October 11th, Ito City Fishing Cooperative announced that they will continue their annual "drive" hunt of dolphins. They join Taiji, and other small villages along the coast of Japan, in a bloodbath that results in the death of over 20,000 dolphins and small whales annually from October through April each year.

Sanctioned by the government of Japan, which gives a quota of how many animals can be slaughtered during the hunt, these intelligent mammals are corralled into bays, where most of them suffer a long and painful death by spears, hooks, and drowning. Then, often sold under the guise of whale meat, the highly toxic flesh of these animals is marketed to the Japanese public in stores and restaurants - poisoning their own citizens. 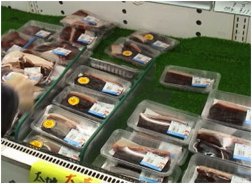 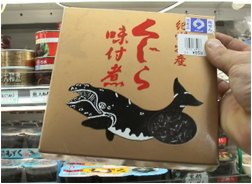 Heavily funded by the captive dolphin industry which pays upwards of $20,000 per dolphin, these drives become a lucrative endeavor for these brutal murderers.  Only a small number of dolphins are actually sold for entertainment purposes. According to the Ito Fishing Cooperative, aquariums have already ordered a number of dolphins from the dive hunt. These dolphins are destined for death in captivity in an aquarium, water park, or "swim with dolphins" programs.

The species targeted include the world's best known dolphin - the bottlenose dolphin - along with striped dolphins, spotted dolphins, Risso's dolphins, false killer whales, and short-finned pilot whales. The status of each population is either threatened, endangered, or unknown.
Ever since Sea Shepherd Conservation Society brought the atrocity of the dolphin slaughter at Taiji to international public attention in October 2003, we have been involved in an ongoing campaign to end the slaughter.

Sea Shepherd is the most feared and disliked organization in Taiji. Two of our crew, Allison Lance Watson and Alex Cornelissen, physically released dolphins from the nets in November 2003 and they were jailed in return for saving the lives of dolphins. Our documentation has appeared on the front pages of the world's newspapers and the video documentation of the killing of the dolphins has been show worldwide.

Sea Shepherd is offering a reward of USD$10,000 to the person or persons who can best document the annual slaughter of dolphins and small cetaceans in Taiji or Futo, Japan. For information and eligibility requirments, visit our Rewards Page.

Sea Shepherd continues in our commitment to ending the cruel and barbaric slaughter of dolphins in Taiji, Japan.

Please join us in taking action.  Please write an email, send a letter or fax, to (see the sample letter below):

Send a Letter of Protest

Protest the slaughter of dolphins by sending a letter to the Prime Minister of Japan. You can send a letter using our online form, or can use our sample text below and mail your letter directly.