Animal Planet Follows the Crew of the Sea Shepherd Conservation Society to The Bottom of the World in the new TV Series, Whale Wars

Sea Shepherd is very excited to announce that on Friday, November 7th Animal Planet will premiere Whale Wars at 9 PM ET/PT in the US, and internationally in early 2009.  (Check local listings, times may vary depending on your satellite/cable provider)

During Sea Shepherd's Antarctic Whale Defense Campaign: Operation Migaloo in 2007/08, Animal Planet had a camera crew on board a campaign that saved the lives of nearly 500 whales, leaving the Japanese fleet with less then half of their quota and costing them tens of millions of dollars.  This new seven-part, hour-long weekly series follows the crew of the Sea Shepherd vessel, Steve Irwin as they use non-violent direct action techniques that garner world wide media attention in an effort to shut down the illegal Japanese whaling fleet and enforce international conservation law.

The series draws attention to this issue that has sparked a global controversy over the practice of illegal whaling under the guise of research and has put a political strain between several nations.  This campaign was especially successful. For the third year in a row, Sea Shepherd was able to keep the Japanese Whaling fleet from reaching their self imposed quota saving hundreds of whales.  Operation Migaloo was very intense with multiple engagements with the whaling fleet, capsizing, hostage taking and a shooting and Animal Planet crews were onboard to document it as it unfolded.

The show will focus on the Sea Shepherd crew's dedication to end illegal whaling in the Southern Ocean Whale Sanctuary.  The series documents the three-month campaign across the icy waters of the Antarctic.

"This is an opportunity for millions of people around the world to wake up to the fact that hundreds of whales are being illegally slaughtered under the guise of research and we as the human species have to say enough is enough," said Jonny Vasic, Director of Video and Film Projects for Sea Shepherd.

For additional information, photos and a sneak peak at the series go to:
http://animal.discovery.com/tv/whale-wars/ 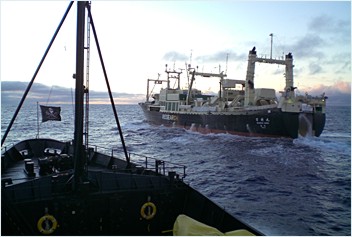 Steve Irwin chases the Nisshin Maru in the Southern Oceans 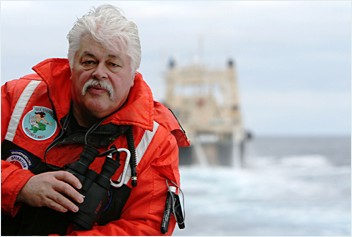 Captain Paul Watson with the Nisshin Maru in the background 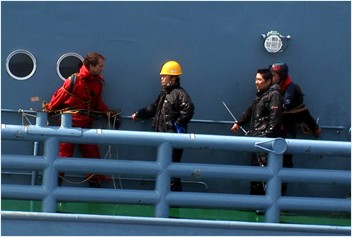 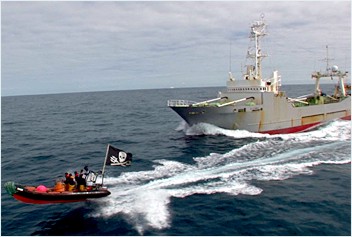 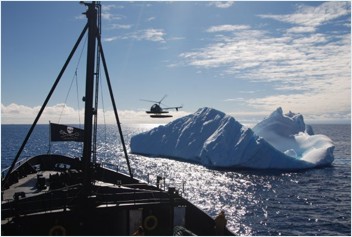 Steve Irwin and crew on patrol in the Antarctic Whale Sanctuary 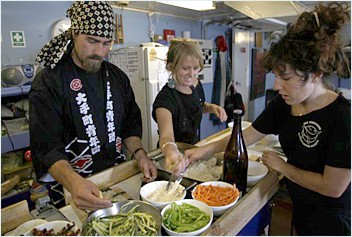 Crew at work in the Galley 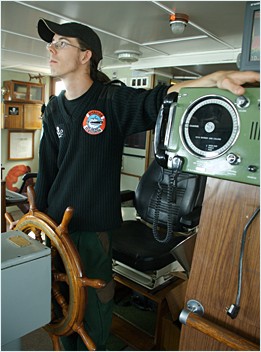