While in Santiago, Chile for the 60th Meeting of the International Whaling Commission (IWC), Sea Shepherd Conservation Society officially announced plans to return to the Southern Ocean Whale Sanctuary to once again oppose illegal Japanese whaling activities. Sea Shepherd is represented at the IWC by Captain Paul Watson, Founder and President of Sea Shepherd, and the Honourable Ian Campbell, former Minister of the Environment for Australia and current member of Sea Shepherd's international Advisory Board.

This year's campaign, Sea Shepherd's fifth campaign to Antarctic waters, will be called Operation Musashi in reference to the legendary Japanese strategist, Miyamoto Musashi.  Musashi's Book of Five Rings included the approach of the Twofold Way of Pen and Sword. Sea Shepherd's goal is to send two fast ships to the Southern Ocean with the purpose of continuously keeping the Japanese whaling fleet on the run.

"We intend to sink the Japanese fleet economically," said Captain Watson. "Our strategy is to prevent whales from being killed, to force Japan to spend money on fuel without killing whales. My crew and I will not watch whales die, we will not bear witness to the cruel slaughter of a single whale without risking our lives to prevent its unlawful and cruel murder. If the members of the IWC refuse to act to save the whales, then it is up to us to take this fight onto the high seas where we will prevail in the next season even more successfully than we prevailed in the last season."

The name Operation Musashi was chosen to reflect Sea Shepherd's approach of aggressive, yet nonviolent, confrontation and the increasing global awareness of Japan's ongoing illegal whaling activities; thus the crossed feather pen and katana (sword) under the skull with the imbedded sperm whale and dolphin yin-yang symbol. The Banzai flag background gives reference to the ecological imperialism that Japan is committing against the whales of the Southern Ocean.

Miyamoto Musashi (1584-1645) was the greatest samurai warrior, strategist, and tactician of all time and is a personal role model and hero of Captain Watson, who incorporated Musashi's ideas into his book Earthforce! An Earth Warriors Guide to Strategy. Sea Shepherd intends to transform Setsuninto - the sword {harpoon} that takes life - to Katsujinken - the sword {harpoon} that gives life. Sea Shepherd's ship, the Steve Irwin, will be outfitted with a very special harpoon for this year's campaign.

Sea Shepherd is not a protest organization. It was established in 1977 to intervene against the illegal exploitation of marine life in accordance with the principles of the United Nations World Charter for Nature. However, as with all Sea Shepherd campaigns, all strategies and tactics are designed to avoid any physical injury to the whalers.

"We have never injured a single person in our 31 year history," said Captain Watson, "and we intend to keep that record unblemished." 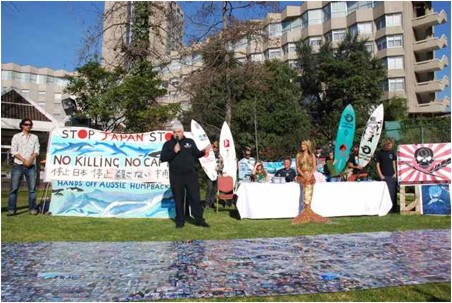 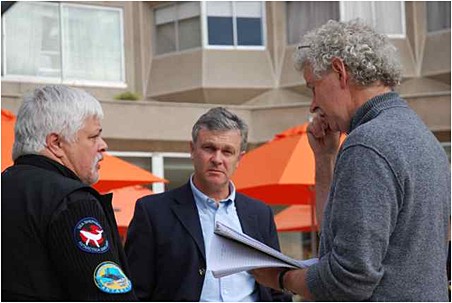 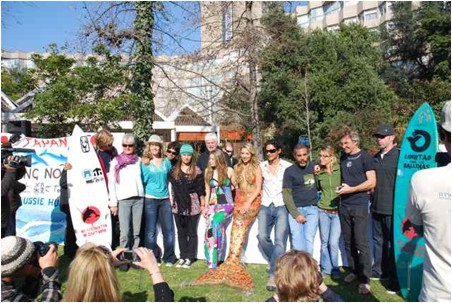 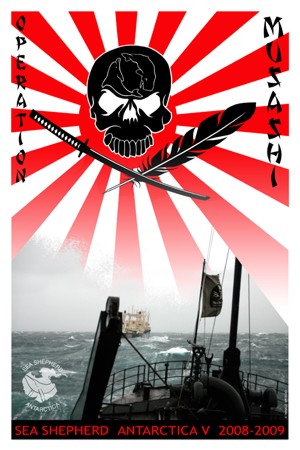