For the second year in a row, there will be no whales harpooned in Iceland’s waters. While Covid-19 physical distancing measures would affect the operations at the Hvalur hf whaling station at Hvalfjörður - there are many other challenges keeping Icelandic whaling companies from slaughtering whales.

Apparently overcoming the whale meat import issues from 2015, Kristjan Loftsson, CEO of Hvalur hf, re-started whaling in 2018 but had his entire whaling season documented by Sea Shepherd UK’s crew on Operation Mjölnir.  As documented by Sea Shepherd, the company's two whaling ships Hvalur 8 and Hvalur 9 killed 144 endangered fin whales (including 21 pregnant females) and two rare blue/fin whale hybrids. Photographic and video evidence collected during Operation Mjolnir were subsequently used to assist in investigations by local authorities of Hvalur hf (which still faces ongoing investigations into multiple legal violations in Iceland) that have created major obstacles to their whaling operation - regardless of the COVID-19 pandemic or the declining demand for whale meat both in Iceland and in Japan. 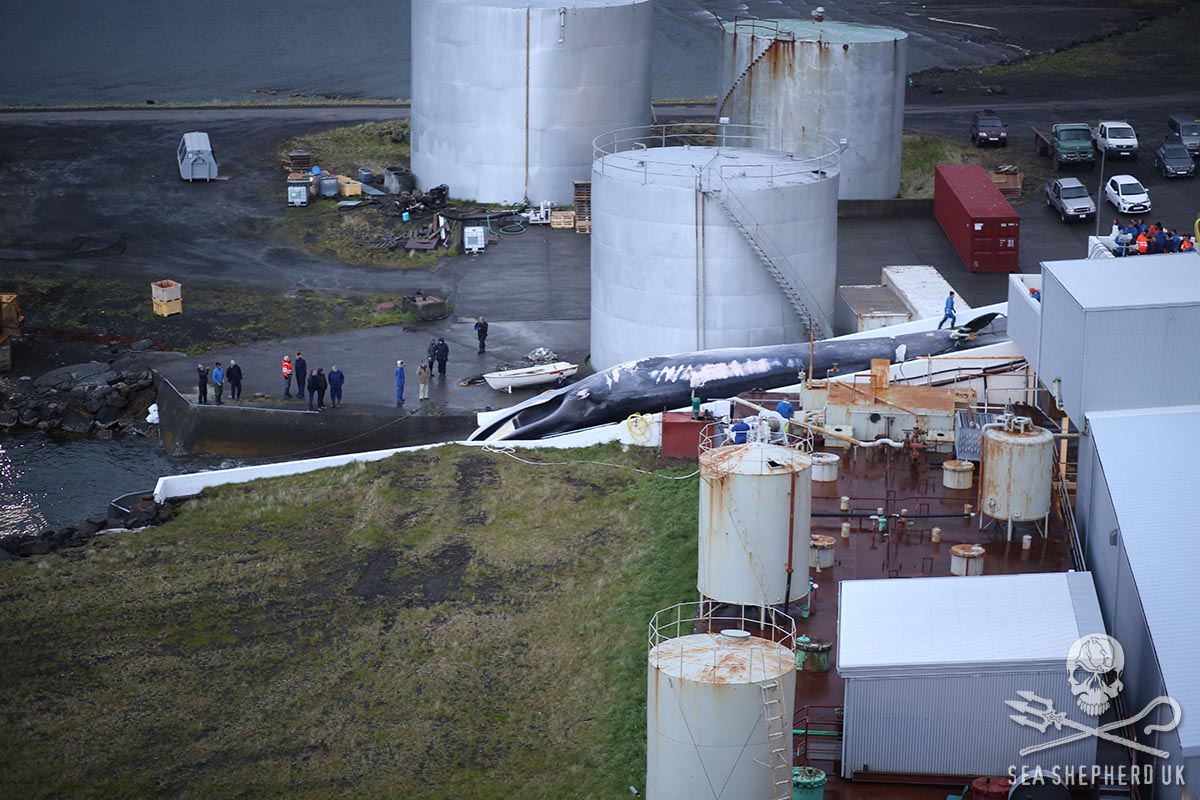 The first Fin whale of the 2018 Icelandic whaling season being winched up the slipway at whaling station after having been harpooned the day before by Hvalur 8 – (Photo by Sea Shepherd UK 22nd June 2018 at 00.30hrs)

Kristjan Loftsson also acknowledged the lack of a profitable market for the meat now that Japan, the sole importer of fin whale products from Iceland and accounting for over 95% of Hvalur hf's potential market, began a reduced government-subsidized commercial whaling operation in their own territorial waters after finally ending the annual hunt in the Southern Ocean Whale Sanctuary and leaving the International Whaling Commission (IWC). With the Japanese taxpayer subsidizing the (also failing) Japanese whaling operation, the focus in Japan is on attempting to find a market for the products from their own whaling fleet, which leaves Hvalur hf unable to compete and turn a profit.

"I believe the writing is on the wall now for the world's most notorious whaler Kristjan Loftsson and his company Hvalur hf. Now is the time for Loftsson to hang up his harpoons and for Iceland to become an ethical whale watching nation," stated Rob Read, Chief Operating Officer of Sea Shepherd UK and coordinator of Operation Mjölnir. 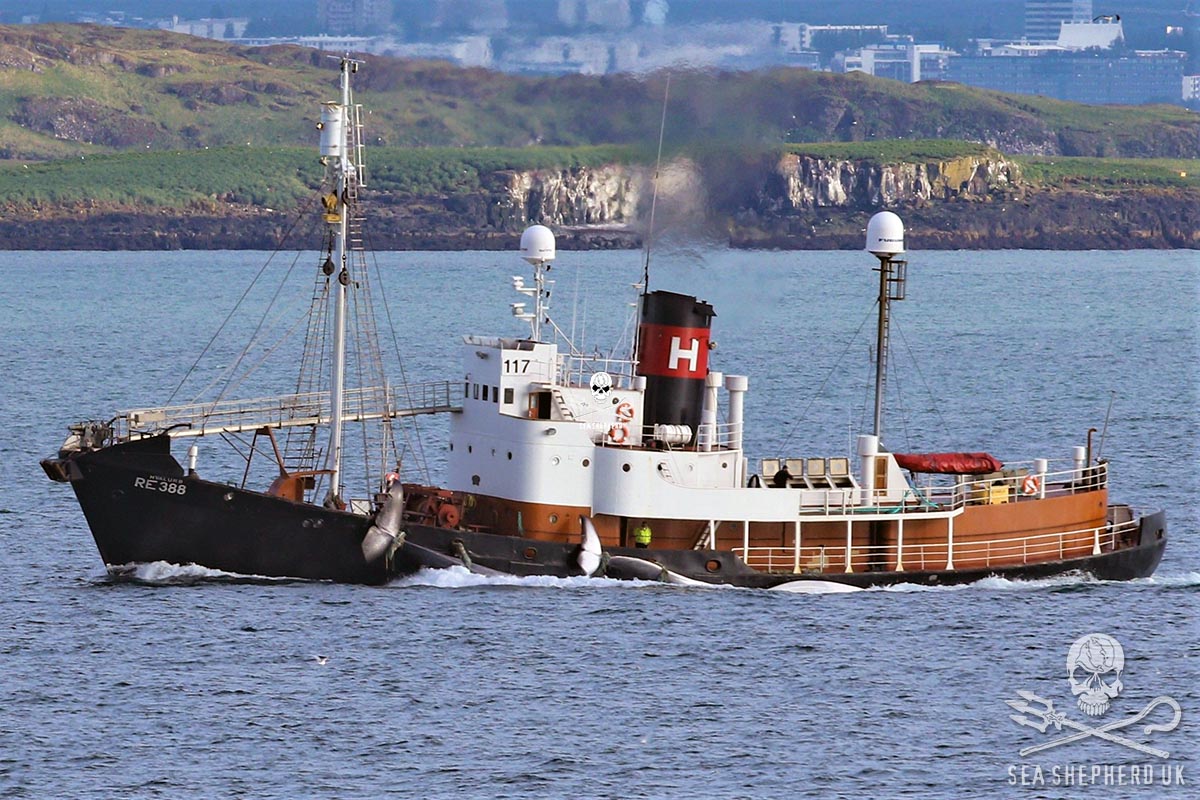 The other Icelandic whaling company 'IP-Utgerd' killed just six minke whales in 2018 and appeared to suffer repeated mechanical issues with their whaling vessel, which later lead to a statement from the company that it was no longer financially viable to hunt for minke whales, specifically blaming Iceland’s expansion of the whale sanctuary in Faxaflói bay in West Iceland, forcing the minke whaling further offshore. This month, the company's managing director Gunnar Bergmann was quoted by AFP as finally stating, “I'm never going to hunt whales again, I'm stopping for good.”

While fin whales were primarily hunted for export, with 1500 tons sent to Japan in 2015 and then again in 2018 - minke whales have been hunted in smaller numbers for the dwindling domestic market. According to a poll done by the International Fund for Animal Welfare (IFAW) and Capacent Gallup, only 3.2% of Iceland's population eats whale meat on a regular basis (defined as six times a year or more) and even fewer (1.7%) eat whale meat at least once a month. Much of the local consumption was from curious tourists, but even that has declined due to the popularity of whale watching and the local “Meet Us, Don’t Eat Us” initiative to educate tourists about whaling in Iceland and promote whale-meat-free restaurants in the country.

The 2020 season will be the second year since 2002 that no whales will be slaughtered in Iceland’s waters since the country decided to resume whaling in 2003 in opposition to the International Whaling Commission's (IWC) 1986 moratorium.