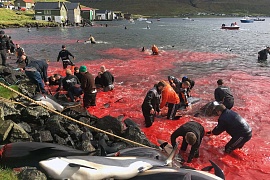 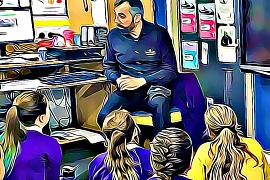 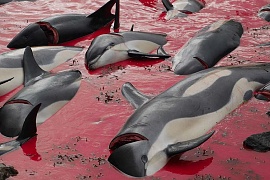 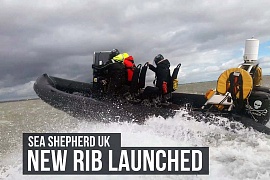 Sea Shepherd UK is pleased to announce the recent addition to our RIB fleet named Shadow’ due to its all black appearance. Shadow will join our three existing vessels and will be primarily used on SSUK’s Ghostnet Campaign, Marine Debris Campaign and… 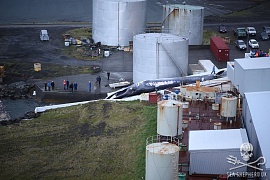 For the second year in a row, there will be no whales harpooned in Iceland’s waters. While Covid-19 physical distancing measures would affect the operations at the Hvalur hf whaling station at Hvalfjörður - there are many other challenges keeping… 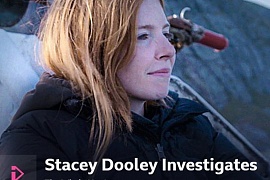 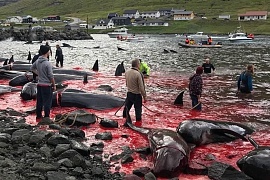 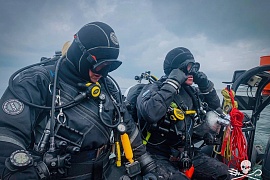 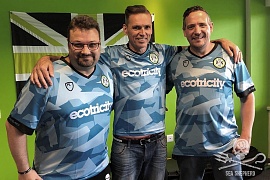 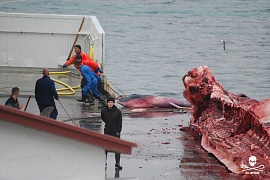 Over 150 Fin Whales Spared from Slaughter in 2019. Reykjavik, Iceland – June 8th, 2019 – In a significant win for cetaceans, the government of Iceland has not issued a permit to allow Hvalur Hf to hunt fin whales this year, sparing over 150 whales…

Dec 26, 2018 - Sea Shepherd Welcomes the end of Whaling in the Southern Ocean

Jul 22, 2018 - ‘Ocean Warrior’ Arrives in Mozambique to Expand the Fight Against Illegal Fishing in Partnership with East African Countries

Jun 7, 2018 - Current Laws are Insufficient to Stop Porpoise Bycatch in the Baltic Sea

May 28, 2018 - Effective Monitoring of Gillnets in the Baltic Sea

Mar 25, 2018 - The Sam Simon Intercepts Trawler as it Attempts to Flee Detention in Liberia

Feb 26, 2018 - The dirty secret of how France exterminates its dolphins

Sep 20, 2017 - Breaking Discovery on New Impact Salmon Farms Have on the Wild

May 10, 2017 - Infringement Procedure against Denmark

Jan 25, 2017 - Sea Shepherd UK’s fast boat MV Spitfire arrives back in the UK after being held in the Faroe Islands

Dec 5, 2016 - The Chase Is On: Sea Shepherd Vessels Have Departed to Intercept Japanese Whaling Fleet in the Antarctic Whale Sanctuary