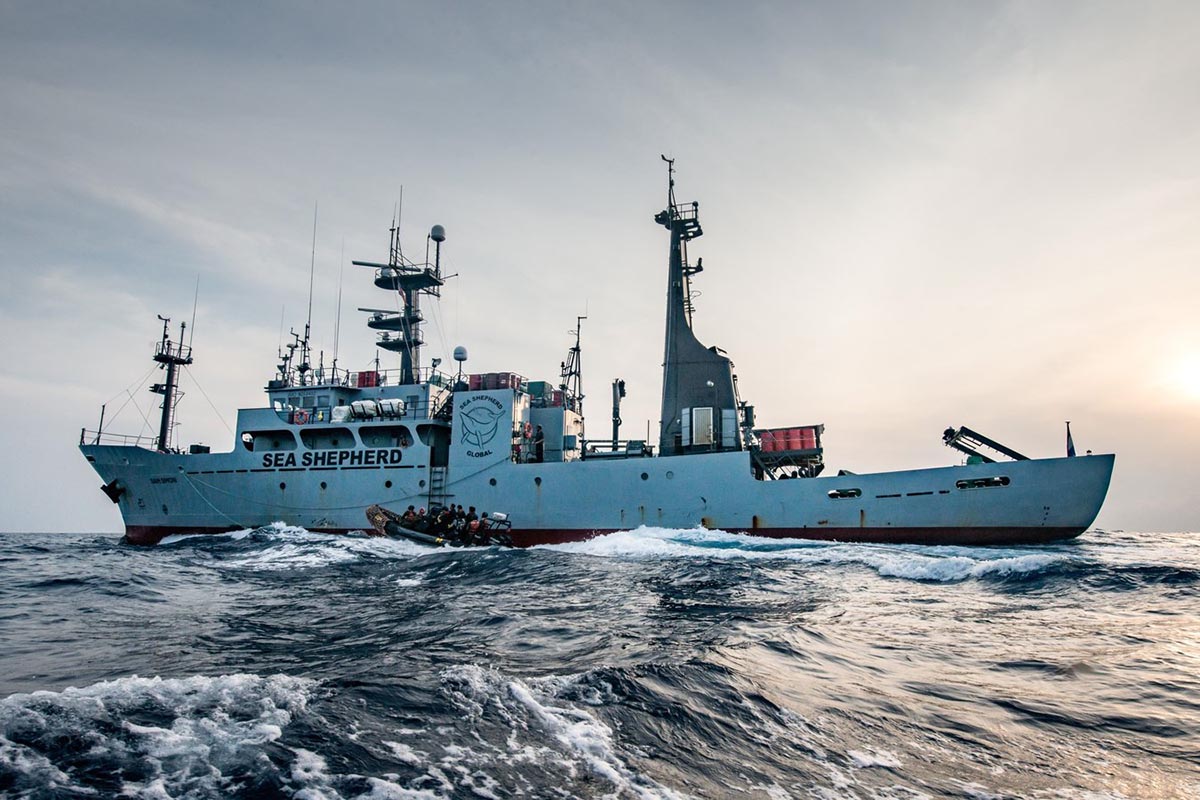 Liberia, West Africa – It’s another cloudless day and the blue water shimmers under the relentless assault from the sun. There’s hardly a breath of wind to interrupt the endless turquoise plateau as I stare out my porthole. The internal phone rings in my cabin. An excited voice is on the other end: ‘’ORCAS! Orcas outside!’’ I hastily climb the stairs to the bridge and look  out the starboard side.

As I’m scanning to find them, a huge dorsal fin slices out of the water right near the ship. It’s the largest of the pod, the matriarch.  I realize that they’re all around the ship, a family of twelve or so. The crew delights as they swim around the ship, with younger members of the pod splashing and jumping.

The Sam Simon has been on patrol in Liberia for a month now, and on this particular encounter we’re positioned on the far eastern border of Liberia shared with Cote D´Ivoire. The Cavalla River empties out to sea here and the area is a hub of biodiversity. Just prior to the commencement of Operation Sola Stella in 2016, local artisanal fishermen in this area were complaining about daily incursions by foreign industrial trawlers in this exact area. They were coming across the border every single night, running over their nets, running over their canoes, and stealing the fish that they depend on for their livelihood. Fast forward to today, almost three years later, the Liberian Coast Guard, assisted by Sea Shepherd’s M/Y Sam Simon and M/Y Bob Barker, have completely halted these incursions.

It didn’t take three years to stop illegal ships crossing into Liberia’s waters. In fact, the incursions stopped almost immediately on the first ever patrol with the Bob Barker. But we remain vigilant and ever-present. Patrols at the moment are quiet. Our ever-spinning radars don’t show a vessel for miles, bar a few local canoes. When I stand out on the bridge wing at night, the fluorescent lights of industrial fishing vessels are now replaced by the stars. With one trawler able to catch up to five-to-ten tons of fish in a day, the absence of one vessel would be considered a victory, let alone the empty dark ocean I see now. Gone are the nights when unscrupulous operators used to plunder with reckless abandon.

With four illegal vessels having been arrested in this area alone and a total of thirteen arrests throughout Liberia’s waters, the foreign industrial trawlers now know if they dare cross into Liberia, the Liberian Coast Guard will be waiting. The lack of illegal activity is our proof of success, and -- more importantly -- that activity has been replaced by something else entirely: wildlife.

The sea here is teeming. We see massive pods of dolphins, sometimes numbering as many as 500; we see schools of tuna, we see whales, and on special days like today we see orcas. What was once an area full of illegal trawl nets and fishing boats has once again become a haven for life. Local communities report fish numbers returning to the spawning grounds close to shore. Life, both in the sea and for those who depend on it, is returning to normal. 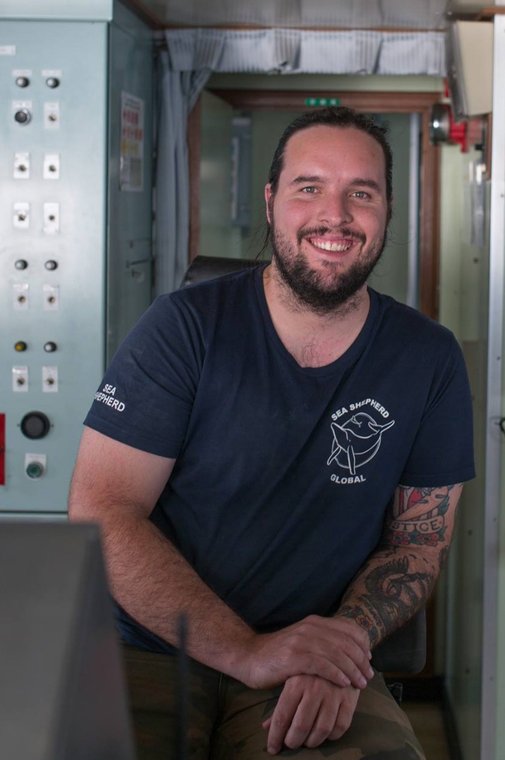 When I started with Sea Shepherd, I joined in the days of our Antarctic whale defense campaigns. I was used to the high-octane engagements and constant clashes. I was proud of our mission; I wanted to save the whales from the harpoons. Eight years later, as I stand on the bridge deck of the Sam Simon and watch these orcas swim past, I feel the same sense of pride. With up too 300,000 whales and dolphins caught annually as bycatch due to industrial fishing, I feel that these campaigns to stop illegal fishing are the natural progression of what I started doing all those years ago. Only this time it’s not just whales that are protected: countless species of fish, sharks, rays and turtles also benefit from an ocean free of illegal fishing vessels.