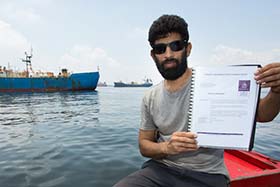 Capt. Sid Chakravarty holds the Interpol Purple Notice, issued to the Viking in 2014 for illegal fishing activities. Photo: Tim WattersThis morning the F/V Viking came into the anchorage in the port of Jakarta, Indonesia. From the bow of the Steve Irwin, I watched her meander through the vessels and head for a spot just a few hundred meters from where I was. The F/V Viking is an illegal fishing vessel and has been a wanted vessel for more than a decade. From the anchorage the vessel is expected to head into port for an investigation into her fishing crimes, after which she will be sunk by the Indonesian navy for breaching national and international law. Since 2003, this vessel has been fishing illegally in the Southern and Atlantic Oceans and the limitations of international law have allowed her to be a step ahead of law enforcement officials. She has finally run out of luck.

Captain Peter Hammarstedt and I began talking about the largely unsolvable issue of illegal fishing in Antarctica in the middle of 2014. The International Court of Justice had just ruled in favour of ending Japan’s whaling program in Antarctica and while we were rejoicing the spectacular outcome of Sea Shepherd’s 10 Antarctic Whale Defence Campaigns, we began planning our next campaign. We spent the next six months researching the operations of these illegal vessels and in November, 2014, Sea Shepherd announced Operation Icefish, a dedicated campaign to tackle the “Bandit 6”; six illegal fishing vessels which had continued to return to Antarctica with persistence and resilience, driven solely by the millions of dollars of profit the illicit trade of toothfish assured. 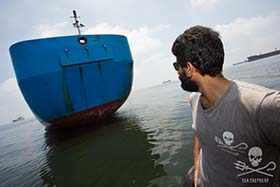 Last week, Sea Shepherd’s campaign leader, Captain Siddharth Chakravarty, notified officials in Indonesia of the suspected entry of the Viking into Indonesian waters. Photo: Tim WattersAfter the F/V Viking had anchored today, I took a small boat and went over to take a closer look at her. I observed the rusting hull of this 70-meter ship knowing that it would never be pushing through the ice floes of Antarctica again. I spotted the winch, which had pulled in tens of thousands of kilos of toothfish from the pristine ecosystem of Antarctica content - that the winch would never turn again. And as I went past the stern of the ship I looked at the battened down hatch exhilarated that this vessel would never fish again.

And as I pulled away from her I realised that I was looking at the last of the Bandit 6. Since December, 2014 a motley crew of volunteers has run two campaigns which have brought the entire crime syndicate of toothfish poachers to its knees. With one vessel scuttled and four others detained in other ports of the world, the F/V Viking was the last of the toothfish poachers.

I will forever be grateful to my crews on the Sam Simon and the Steve Irwin, to Captain Hammarstedt and his crew on the Bob Barker, to our on-shore crews, to our media teams, to our board members and to our supporters who all play an important part in making these campaigns successful. Being up close to the F/V Viking made me realise that together we have made history. The end of the Bandit 6 is our victory. 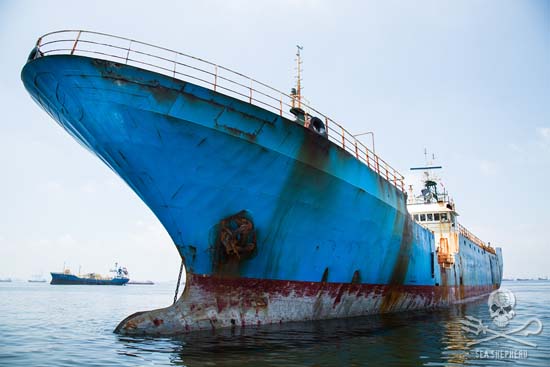 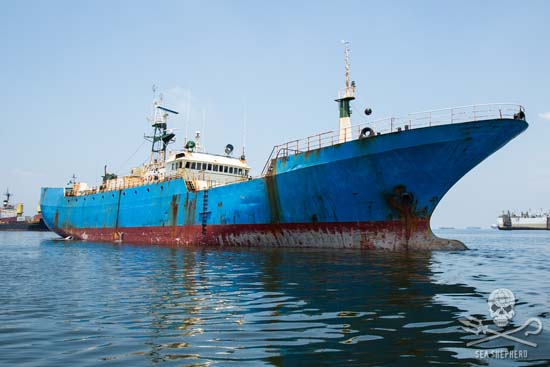 Officials stated that the Viking has been detained for entering Indonesian waters without permission and for falsifying its name. Photo: Eliza Muirhead