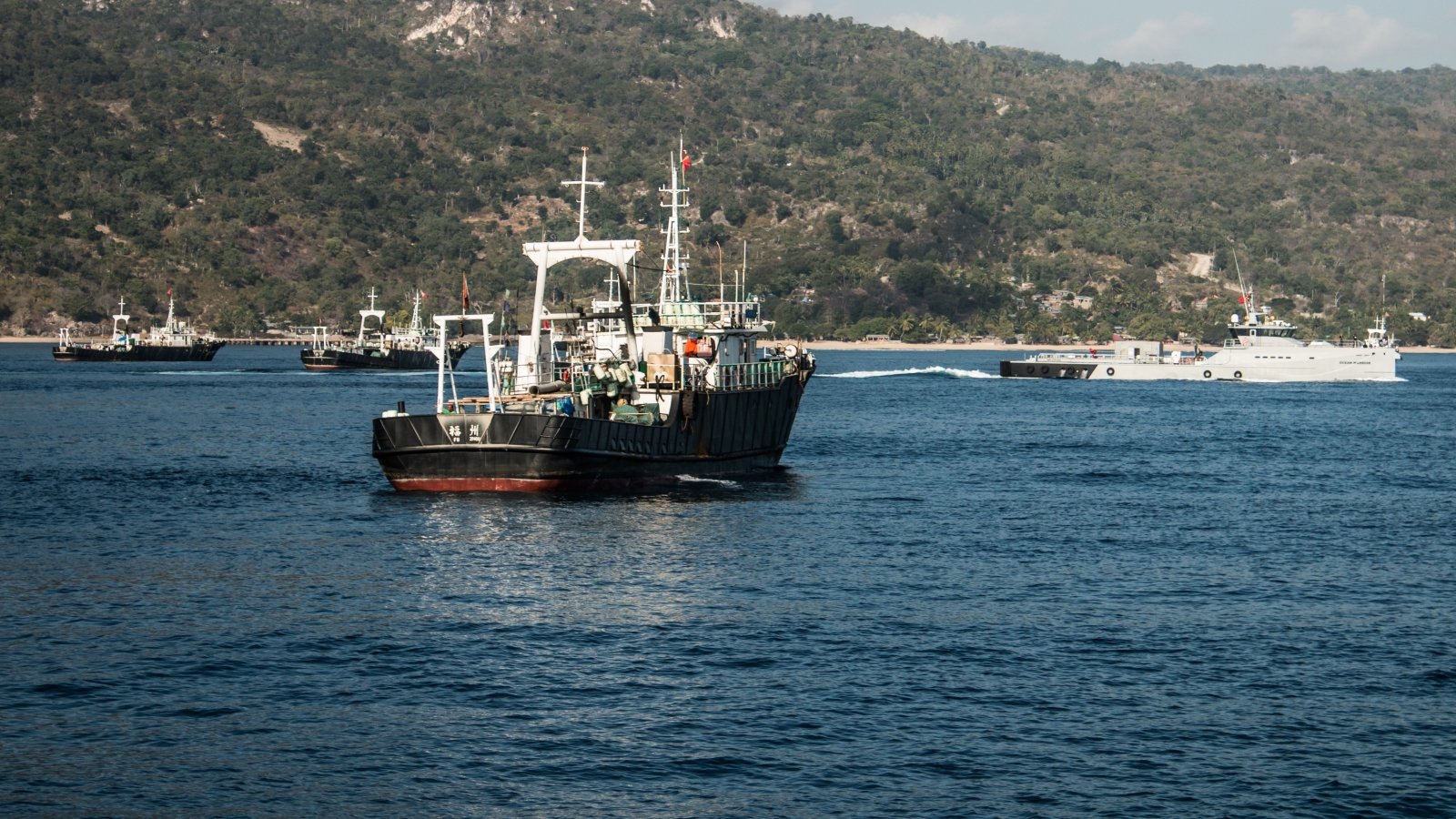 As governments around the world are finally recognizing the serious threat we’re facing from illegal, unreported, and unregulated (IUU) fishing, it is encouraging to see more and more people taking action to help save the oceans. The support that Sea Shepherd has and continues to get from donors and partners like the Dutch Postcode Lottery is a clear sign of what can be achieved when we combine our resources to fight international poaching operations.

In 2011/12 Sea Shepherd Galapagos installed an AIS (Automatic Identification System) with a generous grant from the Dutch Postcode Lottery. The system was commissioned and handed over to the Galapagos National Park Service on May 31st 2012 to help the authorities better monitor vessel movements within the Galapagos Marine Reserve.

In August 2017 the AIS system helped the Park Service to track a large refrigerated ship (reefer), which was then arrested by the Ecuadorian Navy. The vessel, the Fu Yuan Yu Leng 999 was found carrying 6,623 sharks (approximately 300 tons) which it had collected from the company’s fishing fleet. The captain and crew were jailed, and the vessel detained to be sold off.

The company, Hong Long Fisheries based in Fuzhou, China, appealed to the court. The case was recently heard, and the judiciary tribunal ruled in favor of the Galapagos National Park and against the captain, crew and company of Hong Long. The captain’s original sentence was reduced but the fine to Hong Long was increased to 6 million dollars. The judge overturned his previous ruling which had the vessel confiscated to be sold off, and said the Fu Yuan Yu Leng 999 would be released to Hong Long on payment of the $6million fine.

Meanwhile on the other side of the world in Perth, also in August, the M/V Ocean Warrior, built from the keel up with funds awarded by the Dutch Postcode Lottery, quietly slipped out of the Freemantle harbor and headed north to East Timor to hunt down a fleet of 15 vessels which were also owned by Hong Long and previously documented offloading their catch of sharks to the same Fu Yuan Yu Leng 999. The Ocean Warrior located, documented and assisted boarding the local Policia Nationale Timor Leste (PNTL) officers who then arrested the vessels. All 15 vessels are still at anchor off Dili, East Timor awaiting their fate.

The support of the Dutch Postcode Lottery and our supporters and donors worldwide have played an integral role in shutting down part of an international operation that was wiping out hundreds of thousands -- if not millions -- of sharks a year. As our fleet expands, Sea Shepherd’s mission is to continue to be on the front lines in the battle against IUU fishing out on the high seas where crimes go unnoticed daily. With an increasing list of countries and governments partnering with Sea Shepherd, the tides are slowly turning against those who plunder our oceans for personal greed.