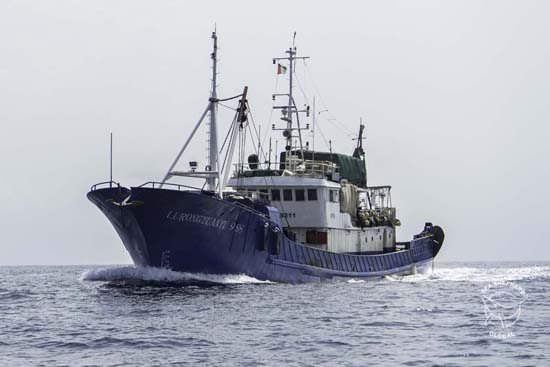 Lu Rong Yuan Yu 988 arrested and en route to Monrovia. Photo: Alejandra Gimeno / Sea Shepherd GlobalFor the crew of the M/Y Bob Barker, and the 10 strong Liberian Coast Guard boarding team, it was just a matter of waiting and letting the illegal fishing boats come to them.

The day before the M/Y Bob Barker arrived in Liberia, local fishermen from the border town of Harper, situated just 13 miles from the where the Cavalla River divides Liberia from Cote d’Ivoire, had been airing grievances on national radio about foreign trawlers running over their artisanal fishing nets. The fishermen appealed to the Liberian Coast Guard for assistance.

Although the Cavalla River forms a natural boundary between two West African countries, its nutrient-rich waters spawn fish for whom borders are meaningless. For the fishing vessels chasing fish west as the fishing season in Ghana, which lies to the east, has closed, borders are equally unimportant.

The town of Harper is named after the United States Senator who proposed that the country be named Liberia. When French authorities seized several American merchant ships in 1797, the newly-independent United States and the French Republic were at the brink of war. Agents of the French Foreign Minister asked for bribes prior to negotiations to avert armed conflict (the famous XYZ Affair), to which Robert Goodloe Harper, the town’s namesake, famously wrote, “millions for defense, but not one cent for tribute”, choosing preparations for war over paying bribes.

Not long after the M/Y Bob Barker arrived at the Ivorian border, the F/V Lu Rong Yuan Yu 988 used the cover of darkness to cross into Liberian waters just after sunset, its trawling gear fully deployed inside the 6-nautical-mile inshore exclusion zone reserved for Liberia’s artisanal fishermen.

A Sea Shepherd small boat launched from the M/Y Bob Barker sped off to intercept and quickly boarded the poacher, where a recalcitrant fishing captain tried to bite the Liberian Coast Guard (LCG) Lieutenant when he was told to stop a vessel that was now attempting to flee into Ivorian waters. The captain was subdued and the engine brought to zero.

- “Is this vessel currently in the territorial waters of Ivory Coast”, the LCG Lieutenant asked the fishing crew while pointing to the vessel’s GPS.

- “Good”, the LCG Lieutenant remarked to the admission of guilt before placing the vessel under arrest.

Sea Shepherd crew, and Liberian Coast Guard sailors, then watched as the fishermen on board the F/V Lu Rong Yuan Yu 988 complied with the Coast Guard order to open their nets, and release the fish and shrimp back into the sea.

With the fishing gear on board, the F/V Lu Rong Yuan Yu 988 under the command of the Liberian Coast Guard, proceeded to Monrovia, a full day sailing away.

Just after midnight, the captain dissembled an air conditioning unit in his cabin, and removed 36,000 Ghanaian Cedi (8,500 United States dollars) that he’d stashed hidden there. This money was offered to the LCG Lieutenant as a bribe to let the vessel go.

After calling in two witnesses from the Liberian Coast Guard, the Lieutenant explained to the captain that bribery is a criminal offense in Liberia, and that this offense would be added to the long list of violations. The captain was defeated.

Thanks to the leadership of Hon. Minister Brownie Samukai, Liberia’s Minister of National Defense, Liberia has become the most recent battleground in the global fight to combat illegal, unreported and unregulated (IUU) fishing.

At the border with Ivory Coast, the Liberian Coast Guard, working in collaboration with Sea Shepherd crew, are the frontline troops, fighting to protect both fish and the rights of local communities - and not taking a single cent for tribute. 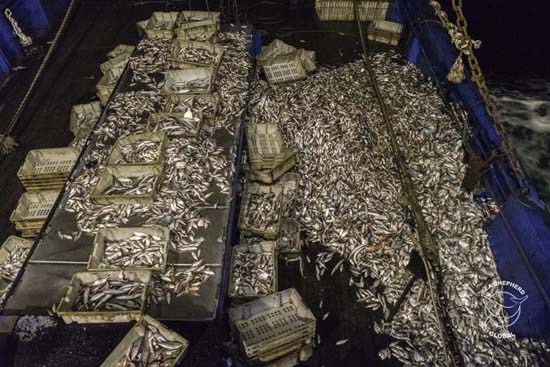 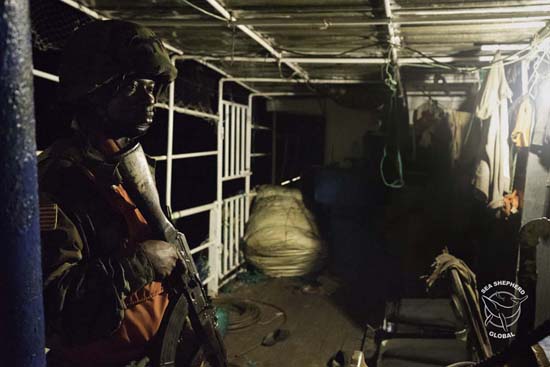 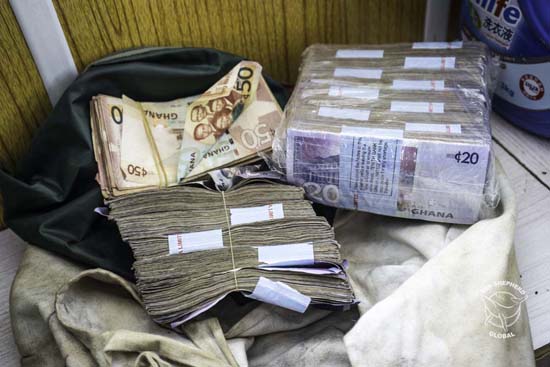 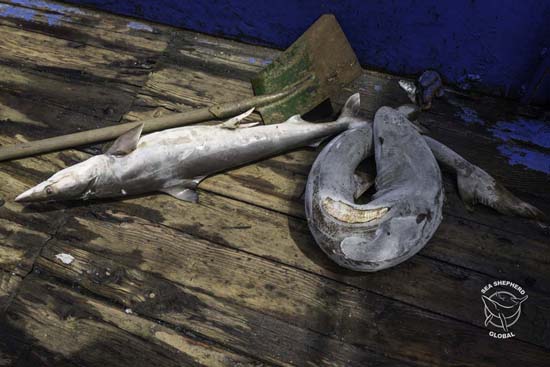