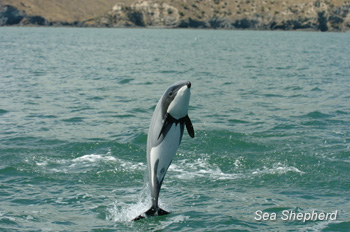 Maui's dolphin
photo: Sea Shepherd New Zealand/Steve Dawson The Maui’s Dolphin will disappear from Planet Ocean unless urgent action is taken. In 2012, the International Whaling Commission (IWC) requested New Zealand to take all possible measures immediately to save the Maui’s Dolphin. Since then, only one of the five crucial recommendations has been implemented. International and local frustrations continue to grow because of the New Zealand Governments political apathy towards effective legislation for the survival of the Maui’s Dolphin, and efforts thus far merely extend the phase of extinction.

In 2013, the IWC Scientific Committee observed that the Maui’s Dolphin would become functionally extinct in less than 20 years. Dr Helene Marsh, representing over 2000 scientists from the Society for Marine Mammalogy has written several letters to New Zealand’s Prime Ministers over the past five years encouraging decisive action to provide the leadership required for marine conservation that the world expects of New Zealand. Experts estimate that five Maui’s Dolphin die each year in fishing gear - removing approximately 9% of the current population (of which there are between 54-79 individuals over the age of one).

The entanglement problem for the Maui’s Dolphin in the set net fishing industry remains the number one cause of dolphin death. Their habitat range faces further pressure with applications being sought for seabed mining and deep sea oil drilling. But for now, the Department of Conservation has opened a public consultation phase to provide a small extension to ban set nets from Pariokaiwa point to Waiwhakaiho River, out to 7 nautical miles. This is a minor change but one that needs to be made.

Whilst some might say that public opinion in regards to saving the Maui’s Dolphin has been ignored, and that people might begin to suffer from ‘petition and submission fatigue’, there is hope in collective pressure – from the local and international community. Regardless of the cynical legislative process that prolongs delivery of conservation policy, trying to divide and diminish collective support – the good shepherds of marine wildlife will not falter in our efforts for protection.

- Protection from gill and trawl fisheries

- Protected corridor between the North and South Islands

That’s the New Zealand the world expects to see.

Please sign the E-Submission from Forest & Bird (New Zealand’s largest and oldest independent conservation organisation) or write your own (see information below) before October 10 – the New Zealand Dolphin needs your help.

If you would like to write your own submission and find out more about the consultation process please visit the Department of Conservation (DoC) website. 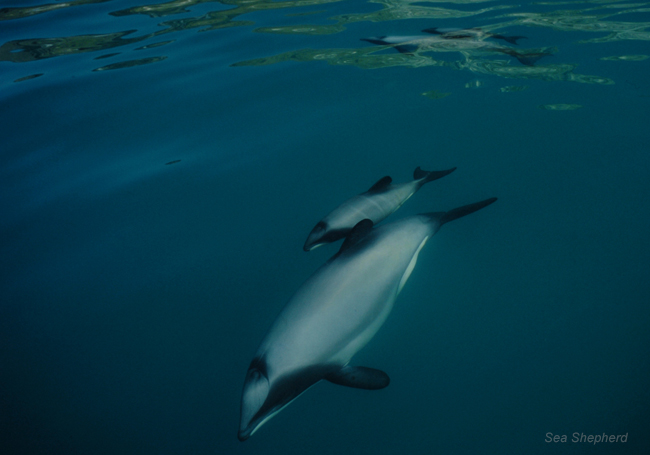