Much Ado About Nothing

The Akademik Shokalskiy is perfectly safe. 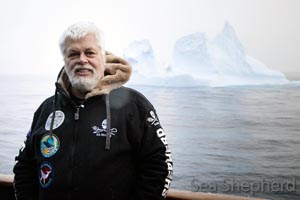 Captain Paul Watson during one of his many trip defending the marine life of the Antarctic
photo: Sea Shepherd Australia/Tim WattersThe Russian ship presently 'trapped' in Antarctic ice is not in danger, has never been in danger, and the only thing required is patience. I have had extensive experience with Arctic and Antarctic ice navigation with nine voyages to Antarctica and 6 winter voyages offshore of Labrador. I have been 'trapped' in ice on a number of occasions and what I found to be the best course of action is to simply wait it out. The Akademik Shokalskiy is not in danger and was never in danger. The vessel has an ice class rating and it will not be crushed by summer ice. The vessels are designed to be lifted with the freezing ice. It is simply being held in the grip of an ice pack under pressure from wind, current and tide.

These are forces in constant change and being that it is early summer in Antarctica, the ice pack near Commonwealth Bay will release the ship. If this situation had occurred in late February or March there would be cause for concern but at this stage in the season it is an absolute certainty that the ice will release the ship.

The sending of icebreakers from their missions has been a waste of tax dollars, resources and a disruption of the services they were engaged in. The passengers onboard the ship should simply enjoy their experience. They will be telling stories about their 'ordeal' for decades.

Australian, China and France have all sent icebreakers to the rescue. I find it quite telling that Australia can send a ship to rescue another vessel not in any danger yet cannot monitor illegal whaling activities in Australian Antarctica Territorial waters. 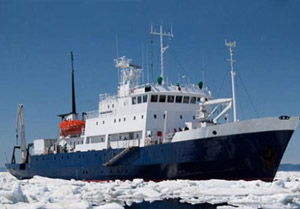 The Russian icebreaker turned cruise ship, MV Akademik Shokalskiy  photo: AMSAThe 101 members of the crews of the three Sea Shepherd ships face violent opposition from outlaw Japanese whalers yet their safety is of little concern to the Australian government. There has been a long history of the Australian government spending millions of dollars to rescue tourists and yachtsmen and spending virtually nothing to defend the environmental integrity of the region. The crews of the Sea Shepherd ships are constantly being attacked by armchair critics as being 'unprofessional' or 'reckless'. Yet in an entire of decade of sending numerous ships to Antarctic waters, Sea Shepherd hasnever had any crew lost or injured and has not had to call for a rescue from being trapped in ice. Sea Shepherd ships have been ³trapped² in ice but through patience and experience the crews found the way out of the situations without assistance.

Where Sea Shepherd did need assistance is when the vessels and crew were attacked and rammed by the Japanese whalers with one ship completely destroyed.

Each time the answer from the Australian government has been, 'you are all on your own down there and there is nothing we can do'. The only reason that three nations are sending icebreakers to 'rescue' the 'trapped' ship is because they fear criticism if they do nothing. They all know that the Akademik Shokalskiy is not in any real danger.