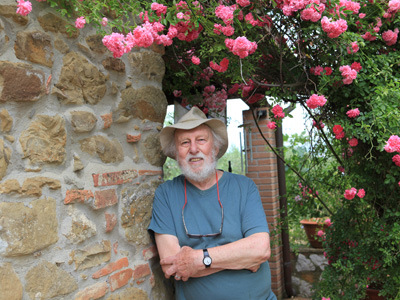 Dr. Sidney Holt
Photo: Tim HoltThe hearings from today, July 10, 2013, at The Hague International Court of Justice, in the (scientific research) whaling case, in which Australia is challenging Japan, were fascinating but perhaps obscure to some viewers of the UN live webstream.

They were mostly about how Japan had calculated the catch ‘needs’ for scientific whale carcasses in its Antarctic research program JARPA II that began in 2005. The Japanese government had said this was decided on the basis of needs of valid statistical analyses. Dr. Lars Walloe, a scientist working for the government of Norway but who is serving in this case as scientific witness on behalf of the Japanese government, had told a previous session of the court that he had looked at Japan’s calculations and they were OK. Then it turned out that he could not justify this claim, and when pressed, admitted he had not been able to understand the reasons given for the choice of numbers.

In my first commentary, My Thoughts - Australia v. Japan ‘Scientific Whaling’ Case in the International Court of Justice, I wrote that no such statistical calculations could possibly have been made because no testable hypothesis had been put forward by the Japanese in their JARPA and JARPA II programs. I asserted that calculations had in fact been made but these were logistical and economic ones: how many whales would be needed each year to make minke whaling in the Antarctic viable if not intrinsically profitable, and how to get the meat back to Japan promptly.

The big question in the hearing was: why did the number for the original short program, called JARPA – which was about 400 minke whales each year - jump to a ‘need’ for double that – 850 in JARPA II, beginning in 2005. I wrote that an increase had been needed because the original cost of moving the factory ship and its catcher boats to and from the Antarctic, and the meat sales calculations had turned out to be wrong. An ageing factory ship needed major repairs, the International Maritime Organization (IMO) was imposing new rules on ships operating in the Southern Ocean, the price of fuel had risen, and meat sales had not been as good as expected. All this is true.

I can now tell you that the reasons were entirely operational ones. The factory ship, the Nisshin Maru, is fairly small as far as modern whaling factories go. As it happens, it can process, freeze and transport the meat and a few other products from about 400 Antarctic minke whales.

During JARPA it had been realized that a bigger catch would be needed in the future to cover rising costs and the need to attract bigger subsidies. There were hopes that the market could be expanded to take more meat and great efforts were made to ensure that. The solution to the logistical problem would be to arrange for another ship, with sufficient cold-storage capacity, to go to the Antarctic in mid-season, for the meat already in the hold of the Nisshin Maru to be transferred at sea to this ‘reefer’ ship and taken to Japan, while the Nisshin Maru began whale processing operations again. This accounts for the doubling of Special Permit catches.

An additional advantage of such trans-shipment was that the chartered reefer —flying a flag of convenience, of course — properly fitted, could bring fuel oil to refuel the catcher boats in mid-season. Ports in Australia, New Zealand, South Africa, Chile and Argentina were unlikely to be available for this purpose (a bit of a problem arose when the IMO made a new rule that prohibited re-fueling of ships at sea in Antarctic waters). The Nisshin Maru — and perhaps the catchers, too — would in the future have to move north, out of the Antarctic, for refueling operations at sea.

An important point in Australia’s case — that JARPA II is not whaling for the primary purpose of scientific research, as envisaged in the Whaling Convention of 1946 — is that of time frame. Real research programs have start and also end dates. But JARPA II is open-ended. The intent was to continue until the moratorium on commercial whaling is lifted, whenever that might be.

Throughout the hearing, representatives of Japan have been trying to convince the court that the moratorium, adopted in 1982 and coming into effect in 1986, was part of an evil plan by Australia to turn the IWC into an anti-whaling organization. At the time, Australia had only just become a non-whaling nation. It was one of a tiny group of members of IWC that had adopted policies of opposition to commercial whaling.

With that vigorous new policy it was not easy for Australia, as a new non-whaling nation to support, and certainly not give leadership to, the general movement for adoption of a moratorium on whaling for the 10 years, originally proposed by the UN. By then, most nations desiring a moratorium — a clear majority of IWC members — believed an international ban on whaling should be open-ended, of indefinite duration (though subject to review after a specified time), for good practical reasons. Scientists wanted to allow time for whale populations to show at least the beginning of recovery from depletion, at least 10 years.

Whaling moratorium proposals from 1978 on, garnered wide and growing support because it was clearer than ever that scientific information was insufficient to support the operation of a Management Procedure for whaling adopted by the IWC in 1974, in the wake of the UN proposals. Failed Management procedures offered an alternative to a moratorium and had been developed and proposed to the IWC by the government of Australia, when it was still a whaling country with an aggressive pro-commercial-whaling policy.