Japan Underestimates the Global Movement That is Sea Shepherd 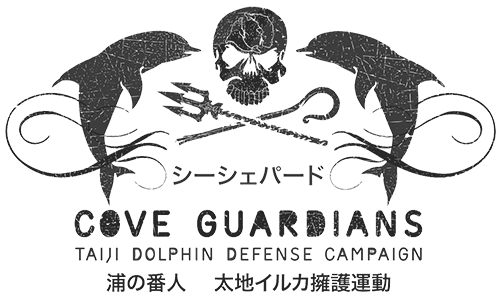 Last night I arrived back in London after what I consider a successful trip despite my entry into Japan being refused.

On 9th December I flew to Japan to continue my work as leader of the Sea Shepherd team currently in Taiji. I had already been in Japan for several months this year documenting the capture of dolphins from the wild for the lucrative live dolphin industry and the linked senseless slaughter of thousands of dolphins destined to be sold as meat for human consumption despite it being proven toxic. This hunt continues daily in Taiji running from September until the end of February each year.

On my arrival back in Japan I got to the immigration desk and handed over my passport and had my fingerprints scanned, I immediately sensed the officers alert. The officer studied the screen and in moments other officers approached and asked me to come with them.

After a short wait, I was taken and interviewed through an interpreter for several hours about my reasons for coming to Japan, my previous visit and my involvement with Sea Shepherd.

I was also asked about what I had been doing since I had left Japan and specifically my recent trip to the Danish Faroe's where I had been facing charges for harassing dolphins. These ridiculous charges were brought against me after an action I was involved in in 2014 when I used a small boat owned by Sea Shepherd UK to drive a pod of dolphins to safety from the killing beaches where they would certainly have been massacred in the islands annual Grindadráp dolphin slaughter.

The Japanese immigration officials already had a thick file on me so I can assume they were fully expecting me, I only got to see a few sheets but among them were many print outs of Sea Shepherd Face book posts and various press articles including articles on my Faroe's trial.

I was taken from the interview and made to wait several hours after which I was told I was to be refused entry. I immediately asked what my legal rights were and I was informed I could appeal this decision. This I did immediately and I was told this could take days during which time I would be detained.

I was taken and given a full body search and my bags were searched by customs, I was taken to a small very basic cell with a barred window and containing two beds with basic thin mattress, pillow and blanket. I was asked if I wanted any food or drink, I told them I don’t eat meat or fish and I was brought some packet salads and a coffee.

I was left for 16 hours straight after which time I asked the guards for food and water and an update on what was happening. I was given more food and water and left in my cell.  Eventually after many hours I was taken to an interview room and informed my appeal had been refused and I was immediately escorted and put on a plane to Dubai. My passport was not returned to me until my arrival in Dubai where I got the next flight to the UK.

The Immigration Bureau of Japan has stated that I had not provided enough proof of my intended activities in Japan even though as a Sea Shepherd Cove Guardian all our activities are publicised/filmed and every move we make we are monitored by Japanese police and coastguard officers who out-number us in Taiji.

For two months previously while in Japan I was always totally law abiding and was polite and respectful towards the police and Coast guard who I had dealings with daily.

It is blatantly clear to me the Japanese government are denying my entry in an attempt to conceal the truth of the horrific Taiji dolphin massacre from the Japanese people and the world.

Our only weapon is the camera, which we use to documents the atrocities. It is the camera that the Japanese government fear as they desperately want to keep the daily slaughter of dolphins out of sight with the hope that it will soon be out of mind.

My next step is to speak to the Japanese Embassy in London and demand a full explanation into why I was refused entry. I will look into suing the Immigration Bureau of Japan for falsely denying my entry as this is blatant discrimination by the Japanese Government against me and all our law abiding volunteer Cove Guardians.

I am truly humbled and so grateful for the huge amounts of support I have been getting from around the world and despite being refused entry I consider my trip to Japan a success. As a direct result of my being denied entry to Japan and detained, media from the UK all the way to New Zealand and Korea have published this story bringing more global attention to the atrocity that is the Taiji dolphin hunt, the hunt that brings shame on Japan.

Once again Japan has made a public relations misjudgement and underestimated the global movement that is Sea Shepherd. The Sea Shepherd movement gains strength from these incidents as millions of caring people around the world can see the truth and our campaign in Taiji will go on stronger and more determined than ever.

I will not be deterred and I will continue to coordinate the campaign from the UK. We have a fantastic team of passionate highly motivated volunteers currently on the ground in Taiji and I am receiving more and more applications daily.

My short incarceration is nothing, over a hundred dolphins are currently being kept captive in Taiji, daily more dolphins are being captured and many hundreds slaughtered.

Until these dolphins are freed and the slaughter ends we will never be silenced. 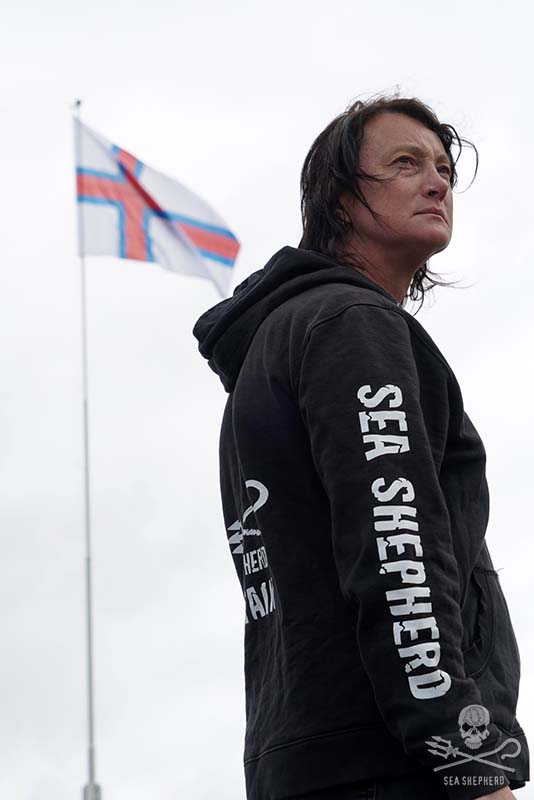