In Response to Japanese Whalers Reaching their Quota of 333 Whales 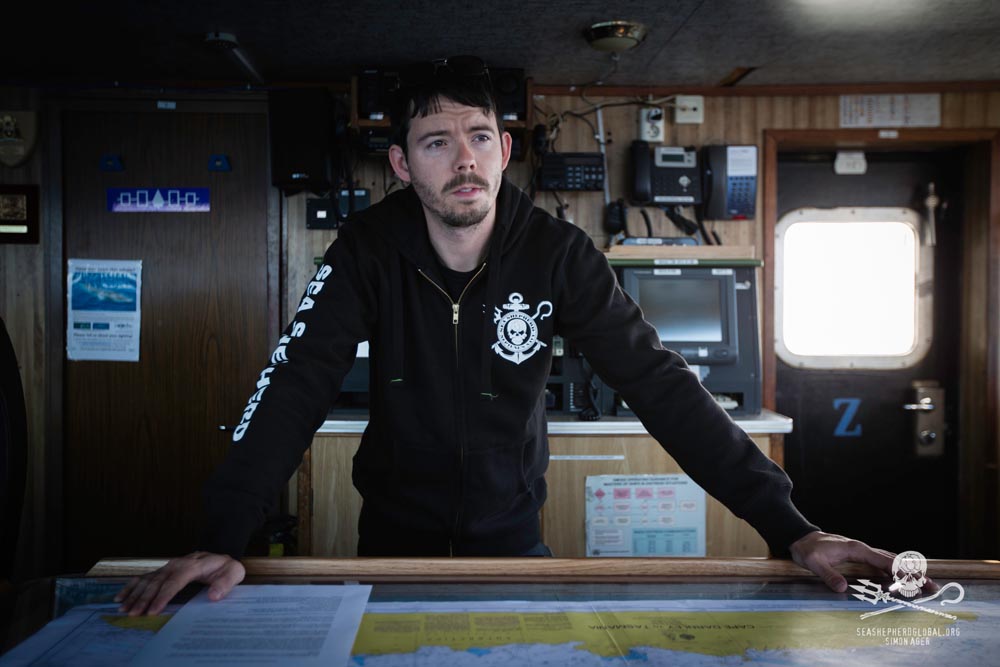 Captain Peter Hammarstedt on the bridge of the M/Y Bob Barker. Credit: Sea Shepherd Global / Simon AgerToday we received the saddening news that the Japanese whaling fleet reached their bogus self-allocated quota, despite Sea Shepherd’s best efforts to impact it.

While that news is gravely disappointing, we must remember that the Japanese whaling program in Antarctica is radically different from what it was when our Antarctic Whale Defense Campaigns began 15 years ago.

On my first campaign to the Antarctic, the Japanese whaling fleet intended to kill 1,035 whales. Their annual quota is now 333 whales, a quota reduced because of the success of Sea Shepherd’s campaigns. Thus, every year 702 whales are saved.

A quota of 333 whales is a more reachable target for the Japanese whaling fleet, especially when they have also doubled their whaling area making them twice as difficult to find.

I have read comments that Sea Shepherd should have sent more vessels to the Southern Ocean. Maintenance schedules, finances and other commitments made that impossible. But also, Sea Shepherd is not just an anti-whaling organization. Sea Shepherd is a marine conservation movement.

The M/Y Sam Simon is pulling up illegal gillnets everyday in the Sea of Cortez in a last-ditch effort to save the endangered vaquita porpoise, of which there are now only 30 individuals left. The Sea Shepherd fleet in the Sea of Cortez is the only hope that the vaquita have in the aptly named Operation Milagro Campaign, which means ‘miracle’ in Spanish.

The M/Y Bob Barker is patrolling the waters of Liberia where five vessels involved in illegal fishing have been arrested and millions of fish and shrimp have been saved in an area where more than 50% of fisheries are over-exploited.

I’ve spent my entire adult life campaigning against whaling. That included being sandwiched between two much larger vessels as Sea Shepherd gave the Japanese whalers the worst season of their history, so I feel deeply that the death of any one whale is cause for mourning. But I also acknowledge that the issues facing the world’s oceans are greater than the Japanese whaling program in the Southern Ocean.

Over 300,000 whales, dolphins and other cetaceans die as by-catch in the world’s fisheries every single year, almost 1,000 times the number of cetaceans being targeted by the Japanese whaling fleet.

But these 300,000 animals are the invisible victims of the fishing industry. They don’t receive the attention that the Japanese whaling program does with its explosive harpoons and blood red seas, although they suffer as greatly as they drown in the invisible nets that circumvent the globe.

Yes, Sea Shepherd sent only two ships down to the Southern Ocean this year. To have sent more would have been at the expense of the lives of animals saved in operations elsewhere.

We are facing a large number of ocean issues from ocean acidification to ocean pollution to overfishing.

Illegal whaling is a travesty. But overfishing; the main culprit of which is illegal, unreported and unregulated fishing; kills far more cetaceans and is a greater threat to biodiversity.

Whaling was the great conservation issue of the 1970s. The Save the Whale movement helped give birth to the modern day environmental movement.

But since then the ocean issues that we face are even greater as the number of fish in the world’s oceans has been halved from what those numbers were when Captain Paul Watson first intervened against whaling in 1975. We have outgrown the Save the Whale movement by necessity. We are a Save the Oceans movement.

Unfortunately, that means that our ships couldn’t all be in the Antarctic.

Today we take a moment to grieve the whales who died – and then we fight on for the oceans as we’ve always done. 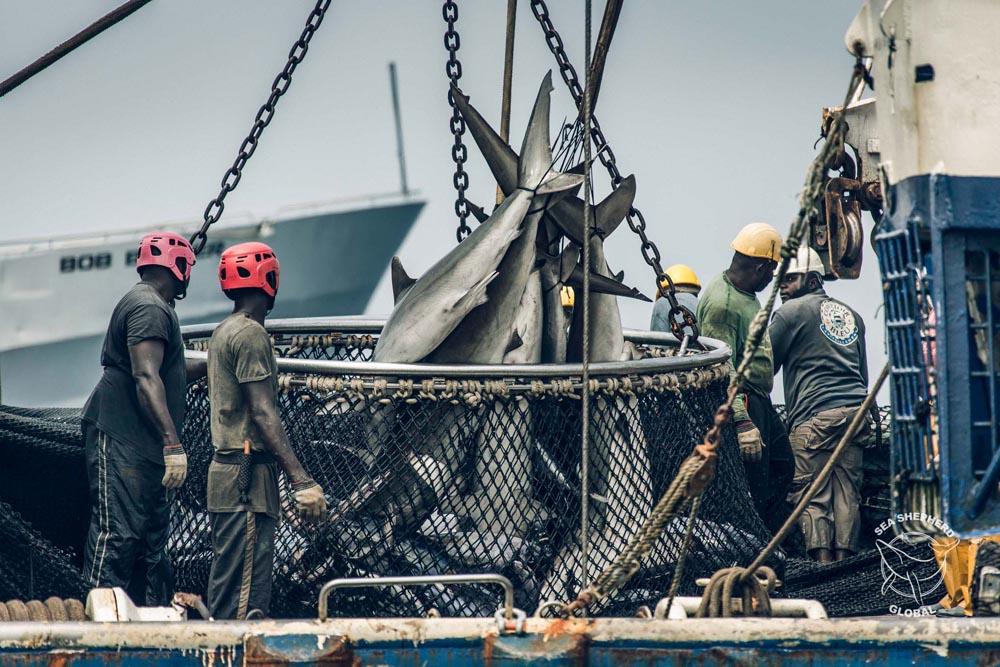 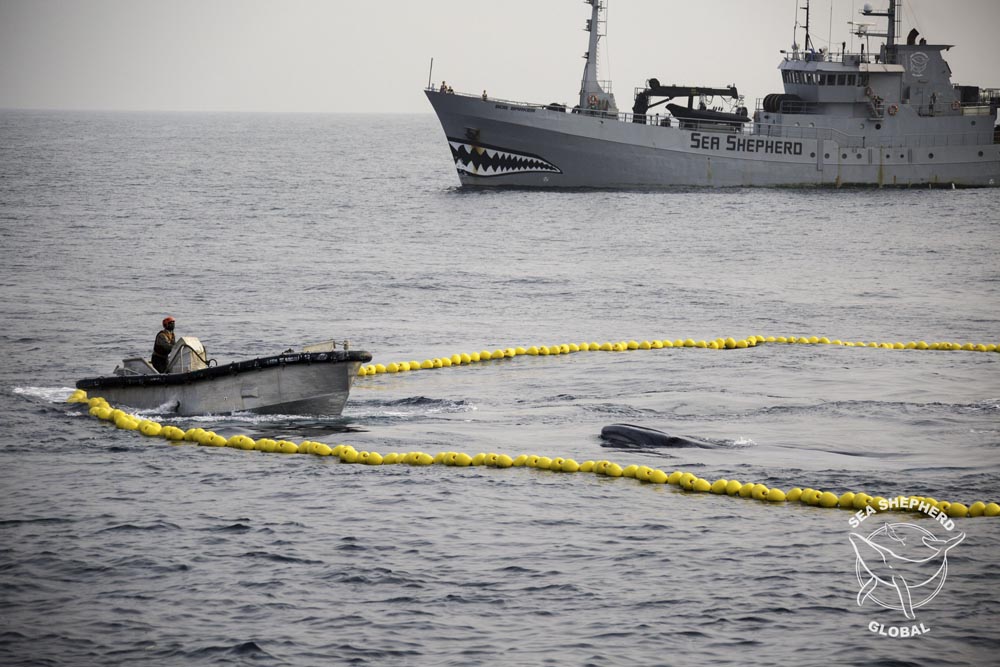 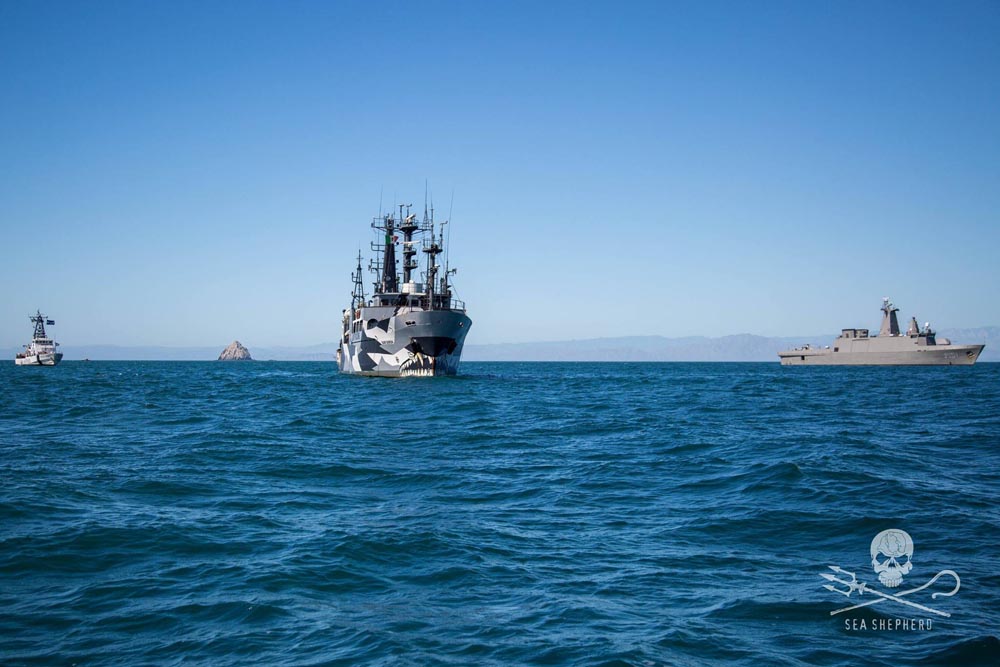 The M/Y Sam Simon and the M/V Farley Mowat supported by the Mexican navy in the Sea of Cortez. Credit: Sea Shepherd / Giacomo Giorgi 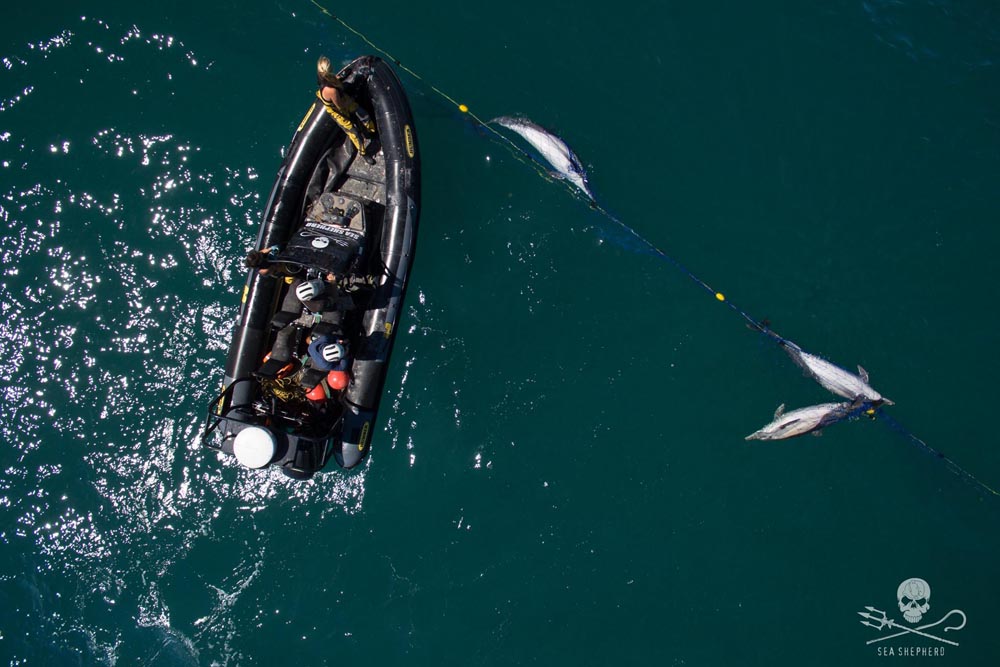 Dolphins caught in an illegal gillnet in the Sea of Cortez. Credit: Sea Shepherd / Thomas Le Coz 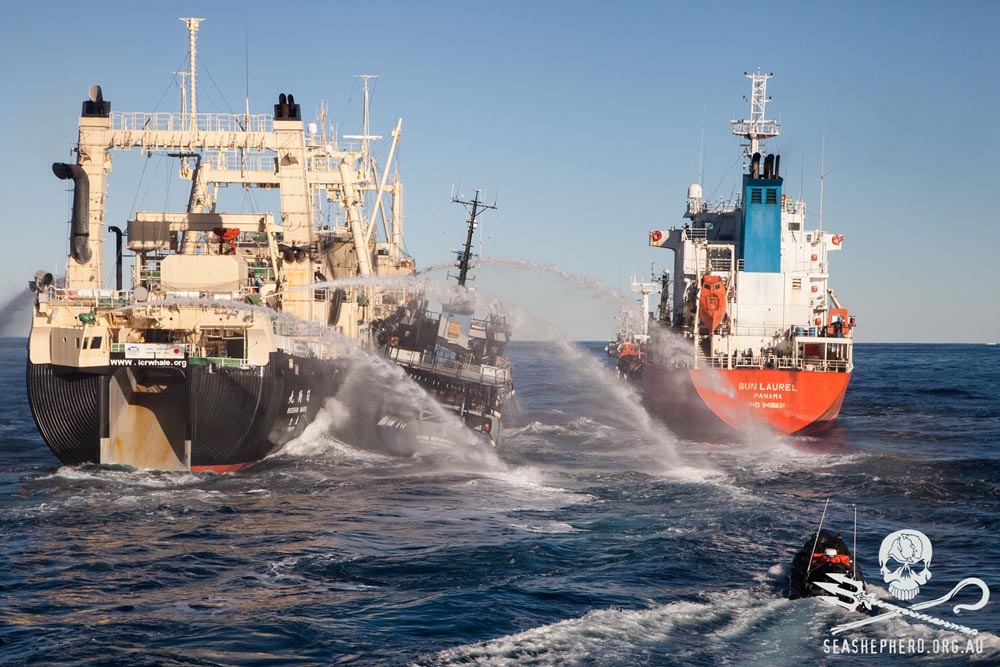