In Liberia, We Shut Down Illegal Fishing 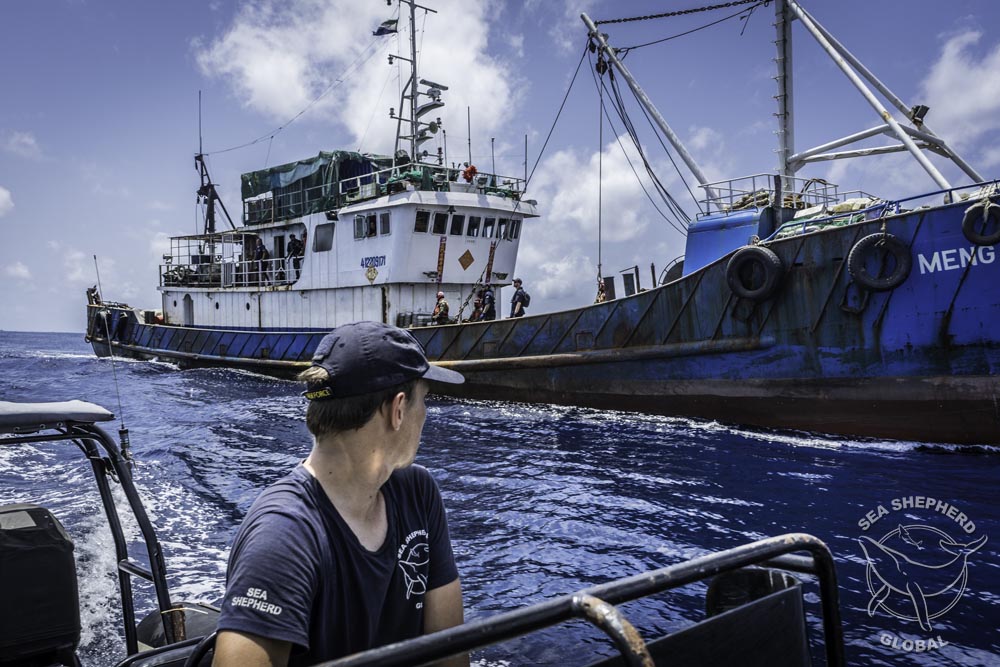 The Gemini alongside a fishing vessel under inspection. Photo: Sea Shepherd Global / Alejandra GimenoAfter almost 12 weeks of patrolling, the border areas between Liberia and her neighboring countries are unusually silent.

After having made five arrests since the start of Operation Sola Stella, the news has finally spread - these waters are protected.

We could say that we assisted the Liberian Coastguard to shutdown illegal fishing in Liberia, and although that’s true of tonight, we know that the poachers are not coming in anymore because we are here… and the Bob Barker cannot remain in Liberia forever.

Conservationist David Brower said that in the fight to protect natural places, our victories are temporary but our defeats are permanent. That makes our victories all the more important – and we have won in Liberia.

Just a day prior to the arrival of the Bob Barker in Liberia, the fishermen of Harper, the border town with the country of Cote d’Ivoire, complained of almost daily incursions by foreign industrial trawlers, pleading with the Liberian Coast Guard for assistance.

Days later, launching lightning-style raids from the Bob Barker, the Liberian Coast Guard had made their first arrests in waters that had not been patrolled for decades.

Out of five arrests, three were made at the border with Cote d’Ivoire, where the boundary-marking Cavalla River empties nutrients into the spawning grounds of fish.

The Cavalla River has now been abandoned by the poachers. For the first time in decades, fish populations can begin to recover.

Of course, the poachers will return but they’ve been hurt and it will take time for them to lick their wounds. In the meantime, the fish are already coming back.

We are making history. Over a short period of time, a single ship crewed with passionate volunteers from all around the world, dedicated Israeli maritime advisors and conservationists and committed Liberian Coast Guard sailors, stopped illegal fishing in Liberia. And whether that victory stands for a day, or for several months, they achieved the seemingly impossible.

In the battle to save the oceans, Sea Shepherd has chosen islands of biodiversity, which are also illegal fishing hotspots, like Gabon and Liberia, to defend and protect. Arrests are the first step, but deterrence is the ultimate goal of any law enforcement. The last month of patrolling in Liberia confirms that we are deterring criminal activity – it also affirms that we have to come back. But for the time being, the oceans are winning in Liberia. 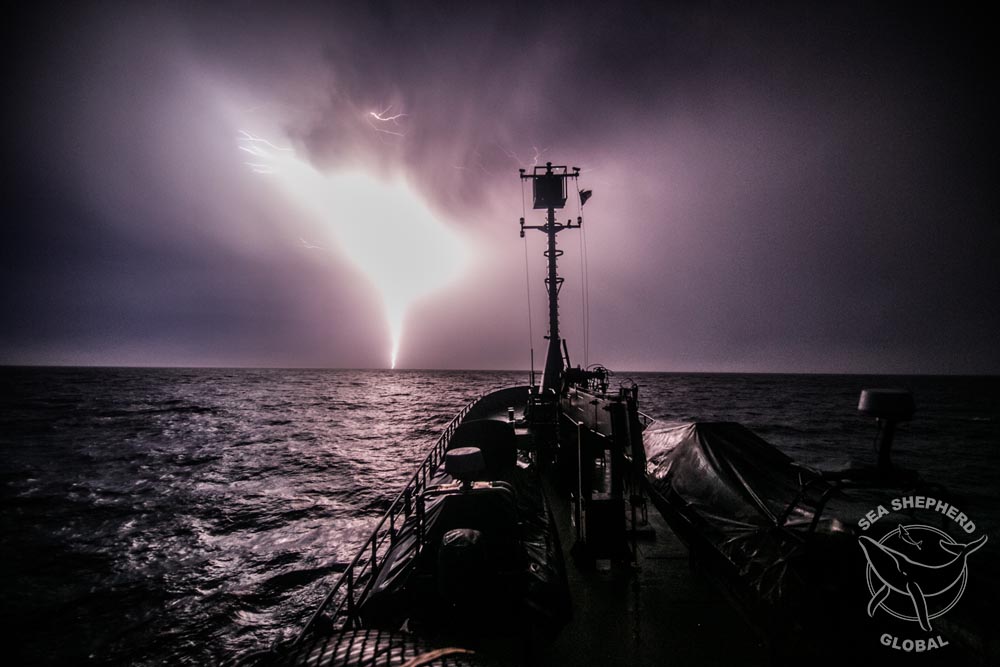 Lightning strikes ahead of the M/Y Bob Barker 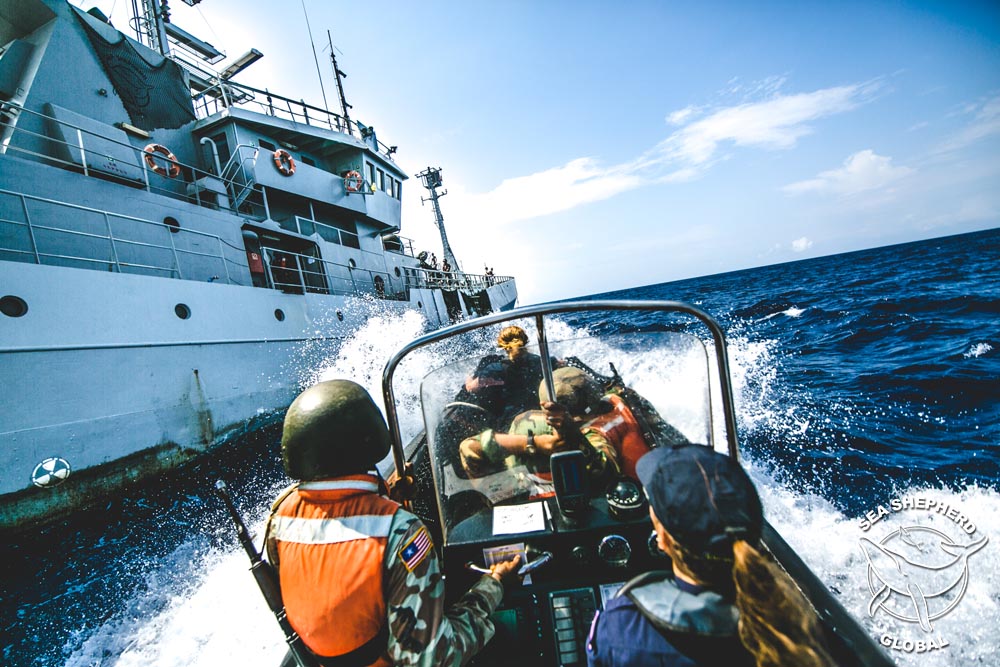 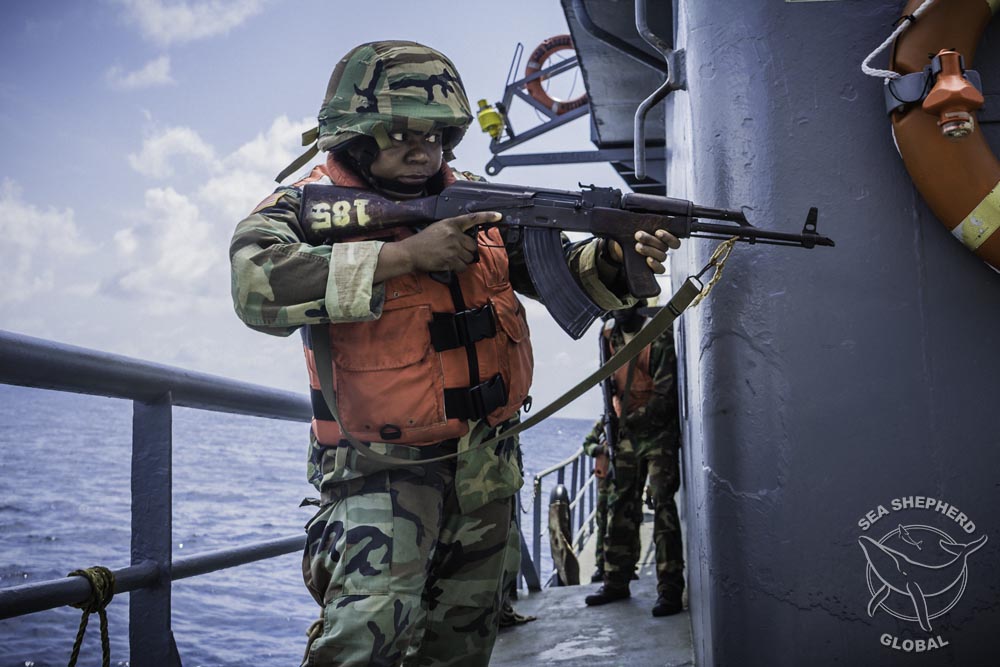