Greenpeace Is Sliding Backwards Down a Slippery Slope 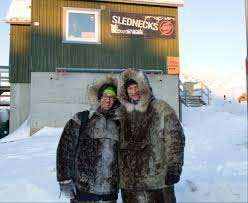 What will Greenpeace do about their seal fur promoter Jon Burgwald?

So far Greenpeace has not responded to my request that they terminate Jon Burgwald as Arctic Campaign Director.

As a co-founder of Greenpeace and the person who initiated and led the first Greenpeace campaigns to defend seals on the East Coast of Canada I never thought I would see the day when a paid Greenpeace director would accept a gift of a seal fur vest, would wear a seal skin coat and would promote commercial sealing and the use of seal fur in the fashion industry (interview with Jon Burgwald).

Giving support and comfort to the sealing industry is the last thing anyone would expect from Greenpeace.

For those of us who did, we endured extreme weather, we were beaten, we were arrested, we were jailed and we were fined. After years of struggle we won and now this guy who calls himself a Greenpeace Arctic director says we were wrong.

If this really is the Greenpeace position they should return the tens of millions of Euros and dollars they raised for the seal campaigns over the years.

My queries and protests to Greenpeace over Burgwald have gone unanswered.

I was of course not expecting a direct response from Greenpeace. They actually have a policy to not respond to me and to basically ignore whatever I write or say and that of course is their right to do so. If they are afraid to debate me, I do understand.

But one of the top honchos at Greenpeace, Pascal Husting, could not control himself and sent a message to a mutual acquaintance in France with the request that it be passed on to me.

Here is the message:

“Hello (name withheld) can you share this little video with your buddy Watson and tell him that Greenpeace has other things to do than taking care of the fucking seals and that instead of playing a foolish con-artist in the Southern Ocean, he should go save the little Syrians and Iraqis. Friendly (to you), Pascal. (Pascal Husting)

The video was of Syrian refugees being rescued in the Mediterranean Sea implying that seals and whales should not be our priority, which is somewhat bizarre since as a marine conservation organization seals, whales, sea turtles and fish amongst other species have been our priority since 1977.

Quite a revelation in that Husting thinks that our successful interventions against illegal Japanese whaling in the Southern Ocean are foolish, although not foolish enough to prevent them from fund-raising over the issue while not even going there.

And perhaps not as foolish as Husting’s flight history.

Pascal Husting can certainly sympathize with Jon Burgwald because like Burgwald he also was once a source of embarrassment for Greenpeace when in June 2014 a scandal broke out when The Guardian newspaper exposed that he was flying from his home in Luxembourg to the Greenpeace office each week, a distance of less than 200 kilometres.

For a man lecturing the world on their carbon footprint and promoting an anti-flying campaign it was a blatant hypocrisy when he could have easily taken a train. Instead each flight cost £200 and emitted 142 kilos of carbon dioxide or ten times the amount used for the same trip by train.

It was a classic case of do what I say and not as I do.

But ever quick to justify their actions John Sauven, the Executive Director of Greenpeace U.K. said, “It’s a tough one. What kind of compromises do you make in your efforts to try to make the world a better place?

As many as you can get away with I suppose.

Was Jon Burgwald also forced to make a compromise by accepting a gift of a seal fur vest, by saying Greenpeace should promote seal products and by tweeting how much he enjoyed a fashion show featuring seal skin fur products?

One Greenpeace supporter who called the Greenpeace office was told they had no intention of firing Jon Burgwald because he was the man who forced Shell Oil to back out of the Arctic. Surely they are not serious. Shell backed out due to falling oil prices that made their Arctic exploration efforts an unprofitable venture. If anything OPEC should get the credit for Shell abandoning their efforts, surely not Burgwald. 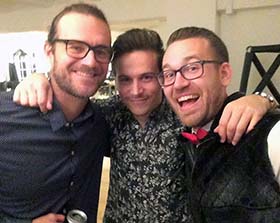 Jon Burgwald wearing the seal fur vestA Greenpeacer in a seal fur coat, promoting sealing – now that’s a difficult one to justify but it appears that Greenpeace is continuing to do just that.

What next? Shark fin soup perhaps, or will a Greenpeacer shoot a lion and call it conservation.

Greenpeace sent the following reply to one of their supporters who protested the position of promoting “indigenous” seal fur products expressed by Greenpeace Arctic Campaigner Jon Burgwald:

“We do not, never did and never will promote fur industry. Unfortunately the headline of the news story, and the way the journalist presents the story, makes it sound like Greenpeace is saying all seal fur is now sustainable. This is not the case. Our position towards seal fur has not changed: the large-scale, unsustainable commercial seal hunt should end, but we respect the right of Arctic Indigenous Peoples to harvest seals. With regards, Ludmila (Greenpeace)”

I have to say that in all my years of association with Greenpeace I have never before heard Greenpeace use the expression “to harvest seals.”  This is an industry term.

These are exact messages tweeted by Jon Burgwald:

“Hear me explain on MSNBC why seal skin products from Greenland is completely free to wear.”

This tweet had the following response from Nauja Bianco of the Great Greenland Fur Tannery Company “See me (+ Greenpeaace) on MSNBC. Key message. It’s OK to wear seal products.” (She thinks it’s okay because Greenpeace said so and that is what they wanted to hear.)

Burgwald tweeted this reply: “because it was recorded before I got it (unfortunately).

This does not sound like a man who was misquoted and his exact quotes are on video and were aired on MSNBC.

Greenpeace is trying to say that they do not, never did and never will promote the fur industry but by promoting products featured in fashion shows and sold in markets throughout the world they are indeed promoting sealing and the fur industry.

Calling seal products indigenous does not justify the product. An indigenous hunt is for indigenous use and not for the international market. There is nothing traditional or cultural about selling fur coats to Europeans and Asians.

Greenpeace is on a very slippery slope if they think they can justify seal fur in fashion and sales by saying it is indigenous.

This is the same reason that Greenpeace Alaska supports the trophy hunting of polar bears.

This was in support of the Inuit government in Nunavik’s opposition to protecting the bear because of jobs provided to Inuit guides by polar bear trophy hunters.

Melanie Duchin, speaking for Greenpeace in Anchorage, Alaska in 2006, said her group was not against the hunting of polar bears. "If the species of certain populations against the backdrop of global warming can sustain a commercial hunt, than we're not going to oppose it,"

In 2013, the WWF and Greenpeace were the only conservation NGOs at COP16 that were lobbying actively for continued international trading – i.e. against up-listing – on the side of the consumers, traders and hunters/poachers.

The only reason Greenpeace would entertain this line of reasoning is pressure to be politically correct by siding with the Inuit despite the fact that guiding big game hunters to kill polar bears can hardly be justified as an indigenous, traditional, subsistence or cultural practice.

Stating something is indigenous can be used to justify many things. The West African bush-meat trade for example. Would Greenpeace endorse the killing of gorillas, chimps, leopards, elephant and giraffe by indigenous people in the Congo for sale to restaurants in Kinshasa?

I would hope they would not, but how is it different than an Inuit hunter supplying a product for sale in Tokyo or guiding a trophy hunter.

Is there one rule for indigenous peoples supplying products to rich foreigners and another rule opposing the hunting and sale of a wildlife product by indigenous Africans to urban Africans.

The word “indigenous” can easily be abused. Just like the word “sustainable” is used to carry on business as usual with everything from fishing to logging.

In Japan the government maintains that the killing of dolphins is traditional, sustainable and indigenous, despite the fact that the dolphin killing began in the Sixties. Meanwhile the truly indigenous people of Japan, the Ainu, are forbidden by the Japanese government to kill whales although they traditionally and historically did so.

In St. Lucia and St. Vincent and the Grenadines the killing of pilot whales and Humpback whales is justified as an indigenous hunt despite the fact that the hunters are not Native Caribs but African Americans. Just because the Caribs were driven to extinction does not make the replacement invader population “indigenous.”

We have the Faroese claiming indigenous rights to kill dolphins.

Can people who drive cars, operate powerboats, use snowmobiles, kill with high-powered rifles and enjoy the luxuries of technology, claim to be indigenous?

Greenpeace needs to stop justifying Jon Burwald’s outrageous statements and they need to remove him as a director and a spokesperson. Greenpeace also needs to make it clear just what is, they are supporting or not supporting.

I have received a few messages from Greenpeace supporters asking why I am trying to destroy Greenpeace. I am not. Why would I wish to destroy something that I co-created and will forever be a lasting legacy connected with my name? My intention is not to destroy Greenpeace but rather to protect Greenpeace from betraying the principles we established when we first founded the organization in 1972. My role is to not let Greenpeace forget the values that made Greenpeace into a worldwide recognizable name and those values do not include endorsing sealing, whaling, dolphin killing and the hunting of polar bears.

If Pascal Hustings believes that Greenpeace should not care about the “fucking seals” and if he believes that defending whales in the Southern Ocean is foolish, he should go also.

As former Greenpeace Canada President Patrick Moore has demonstrated by now working as a lobbyist with the nuclear, chemical, salmon farming, and GMO industries, there are always job opportunities for people who betray Greenpeace principles. 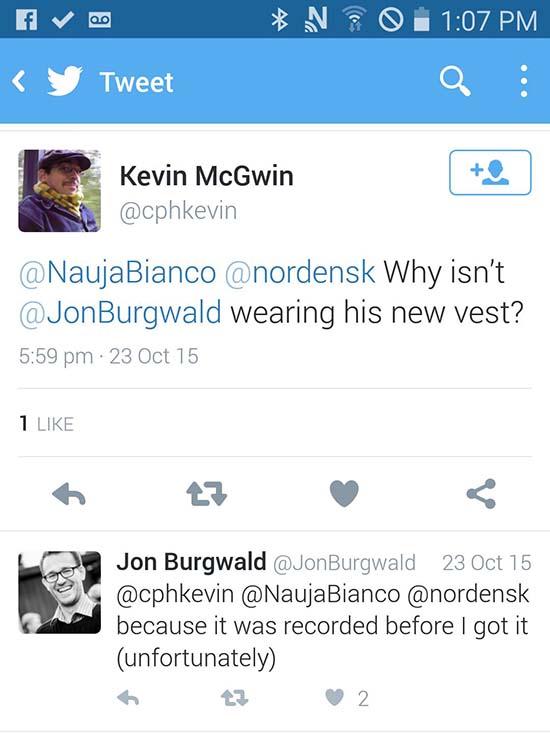