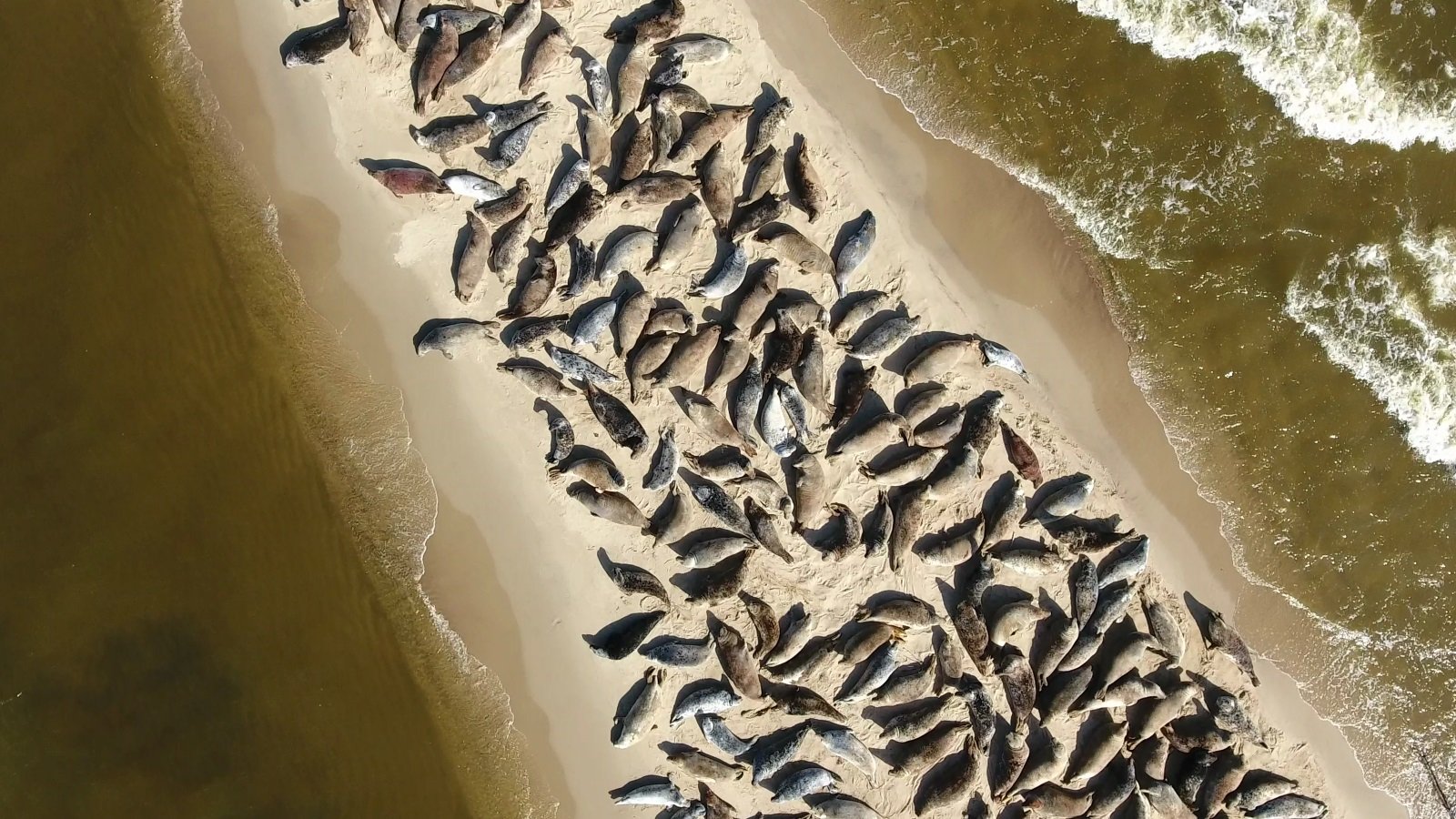 In early June five gray seals were found dead in the Gulf of Gdansk, Poland. All of them had suffered several massive injuries, without a doubt caused by intentional human impact. 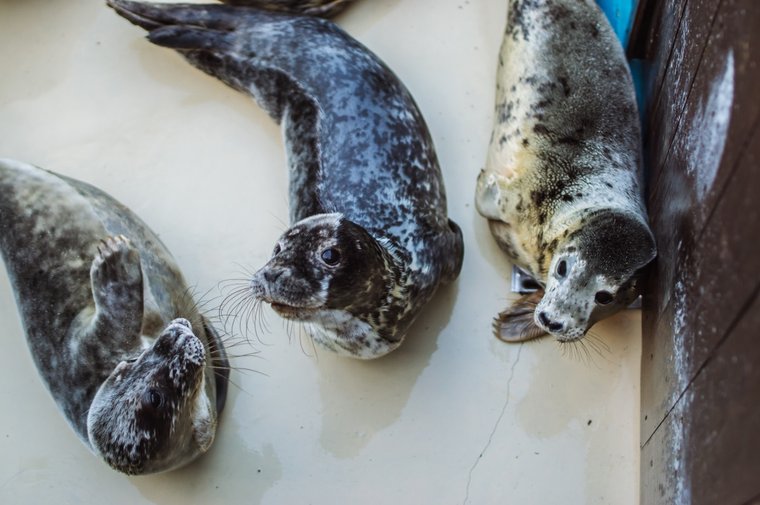 Gray seal pups in the marine station of the Polish town Hel. Photo by Sea Shepherd.

While the crew of the M/V Emanuel Bronner was patrolling these areas as part of the Perkunas Campaign to document and monitor gillnets which are threatening the critically endangered Baltic harbor porpoises, we learned about another protected species in danger: the gray seals. They fall under the scope of the EU Habitats Directive, just like the harbor porpoises, and often end up as bycatch entangled in the deadly gillnets or suffer injuries from other fishing gear. Additionally, recent cases show intentional illegal killings of gray seals in Poland and Germany.

The little town Hel in Poland is a popular tourist destination. It is not only the beauty of the cozy old town that attracts thousands of tourists to spend their vacation there; Hel also hosts a marine station where visitors can observe one of the natural inhabitants of the Baltic Sea: seals. The station was founded with the aim of recovering the population of seal species in their former natural habitat, the Gulf of Gdansk. Unfortunately, despite all their efforts, there has always been the resistance of local fishermen slowing the growth of the seal population. 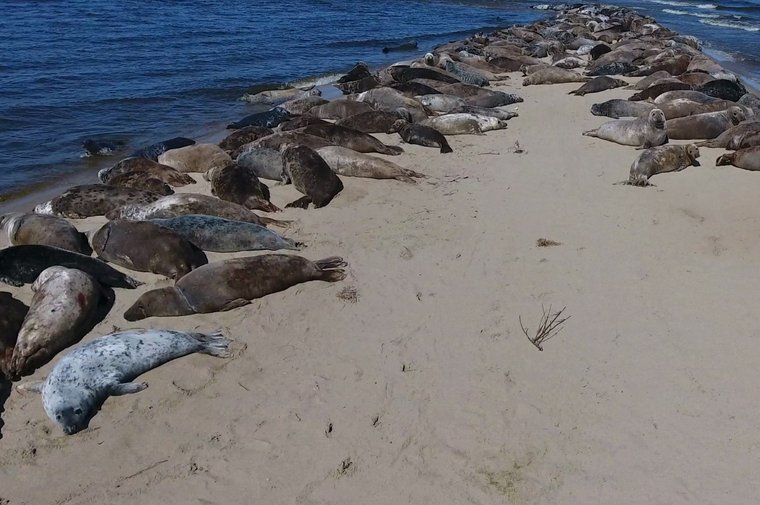 The seal in the front left has marks of a net around his neck. Photo by Sea Shepherd.

Fishermen blame the seals for the decline of their catch and therefore the loss of their profits, as well as for destroying their fishing gear. They claim that the seals have become lazy over the years and instead of hunting in open waters, they learned how to feast on fish caught in set-nets, such as gillnets, without getting entangled. In fact, there are numerous reports of fish found in nets that have without a doubt been “damaged” by seals. But the reason is simple: the nets are set in areas with a high density of fish. It is the natural instinct of the seal to hunt where there are fish, leading to a competition between fishermen and the natural predators in these areas. The reactions on the sides of the fishermen vary. Some say they would never hurt an animal despite their anger; others are expressing their wish for the permission of legal seal hunts, following the example of Sweden and Denmark. The governments of these countries made exemptions to valid conservation laws which protect the seals from being intentionally killed. Due to the pressure of the fishing industry, they were permitted to shoot 40 gray seals on the Danish island Bornholm in 2016. Since 2001 Sweden allows the killing of 400 seals each year, and local fishermen now call for a ridiculously high annual quota of 15,000 seals.

Unfortunately, some fishermen go as far as to kill the otherwise protected seals, although no special exemptions exist. The recent cases in Poland show that the war between the fishermen and seals has had its first victims. For Poland’s largest seal colony, which counts only 300 animals, every loss has serious impact. Further west, on the German island Rügen, 23 gray seals were found dead in late 2017. None of them showed signs of external injuries. Experts determined drowning as the most possible cause of death. It is very uncommon that gray seals drown without intervention from humans. Whether the colony, which only counts around 100 individuals, can recover from the loss of a quarter of its size is uncertain.

Seals fall under special protection by European law, where any exemptions are unacceptable. In the beginning of the 20th century, around 100,000 gray seals populated the Baltic Sea. Legal hunts and other human activities brought them to the brink of extinction once already. The EU law was drafted to prevent this from happening again, and the population slowly gained a size of around 40,000. The fishing industry is in fact not profitable anymore, but the seals are not the ones to blame. Eutrophication and excessive fishing has caused the dramatic decline of fish stocks, and with the return of the seals it now also has to be shared.

We are calling for more controls and protection measures, as well as for in-depth investigations on the deaths of seals and to bring their offenders to justice. Animals under the status of special protection may not be killed or disturbed in any way. The gray seals are just claiming back their habitat, and they are only at a fraction of their historical population size.