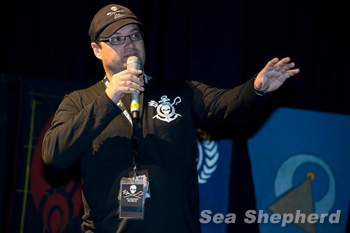 Omar Todd, Technical Director during his speech
photo: Sea Shepherd Germany/Cordesh Sea Shepherd has announced its new campaign “Operation Relentless” and this will mark the tenth year that we have gone down to the Southern Oceans to defend the whales against illegal whaling. With the USA not being able to contribute to the campaign, it has mostly fallen to Australia and other Sea Shepherd Chapters to raise the funds required. In this spirit, I wanted to help bridge the gap with our European friends and colleagues and therefore decided to visit Germany and the UK to discuss matters related to Information Technology and funding. Sea Shepherd Germany Director Maddy invited me as a keynote speaker at “FedCon“  (www.fedcon.de) which is Europe’s main Sci-Fi convention. FedCon has been hosted annually for 22 years by Dirk Bartholoma and his crew of talented staff and volunteers.

So I arrived in Düsseldorf , Germany to be met at the airport by Geert (Our Netherlands Sea Shepherd Director and Veteran Crew member), Maddy and Tim and I quickly discover that the convention is actually hosted at the hotel Maritim which is attached to the Airport, so that was convenient! Strolling into the lobby I truly felt like Alice when she fell down that rabbit hole; all around me there were Klingons, Cyborgs, Daleks, Aliens, Predators, Storm Troopers and Darth Vader, along with an array of visuals that stimulated my mind no end. However one thing struck me above all; namely that the Staff were wearing official FedCon T-shirts with the Sea Shepherd “Jolly Roger” Logo featured on them! This shows just how much Fedcon supports Sea Shepherd. 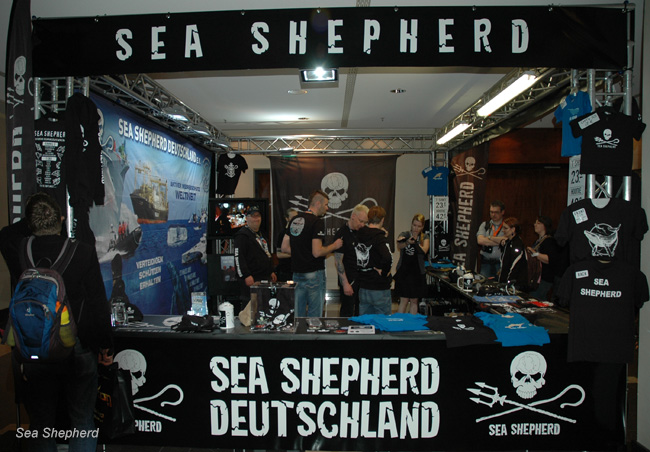 I then found the room which was kindly provided by FedCon and inside was the huge Sea Shepherd stand, plus other rooms for Sea Shepherd staff and volunteers. Again all graciously provided by Fedcon under the direction of Dirk! Not only that, but they managed to slot in my talk and others during the very busy schedule of the show. We were all given VIP/Backstage passes which again demonstrates Fedcon’s trust in us and this access allowed us to mingle with all the various stars attending the show.

The talent was extensive and Sea Shepherd had many artists visit our centrally located stall and sign memorabilia. We can use this signed memorabilia to raise much needed funds and for this support we are very grateful. Geert had his “Artists for Sea Shepherd” T-Shirts signed by many of the actors and artists and got to meet and greet most of them. Ironically I thought that he was not initially convinced that this event was really something that Sea Shepherd should be doing and he was not familiar with all the TV shows and films many of the actors had been in. However by the end of the four days, like myself and others, he was convinced that the Sci-Fi fans that attend these events are great support for Sea Shepherd as they are generous, easy going, friendly to our cause and very supportive of what we do.

By the middle of the four days of the show we started to see our Hoodies, T shirts and caps appearing everywhere. I thought we were in a Sea Shepherd Convention where all the crew from around the world had gathered in one place to catch up! So many people were wearing our merchandise that it was quite astounding.

Tom, a Cove Guardian and organizer at Fedcon also graciously took care of all our needs and made sure we were featured in talks and panels. I cannot thank him and FedCon enough for this help and support. Whilst at the convention I made contact with artists’ agents, their representatives and others that run large conventions in the UK (Jason from Showmasters for example) who also show great backing to Sea Shepherd and who have offered to help strengthen our relationship. In my view the relationships built in events such as this are critical to our funding and awareness and we cannot have asked for anymore out of the event. I also would like to thank Sea Shepherd Germany under the leadership of Maddy who invited me to attend the convention. They are a role model on how a well organized chapter of Sea Shepherd should run. I was envious of their organization, efficiency and stock system and I plan to take some of the ideas I saw back to Australia. So finally, some of the guests/artists/actors that were present and that showed their support to us were as follows: 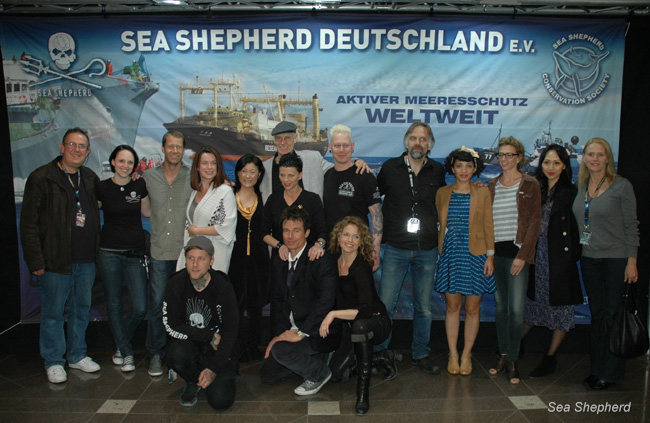 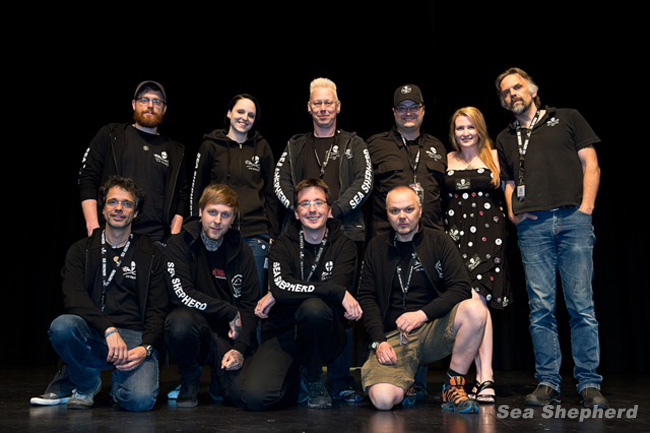 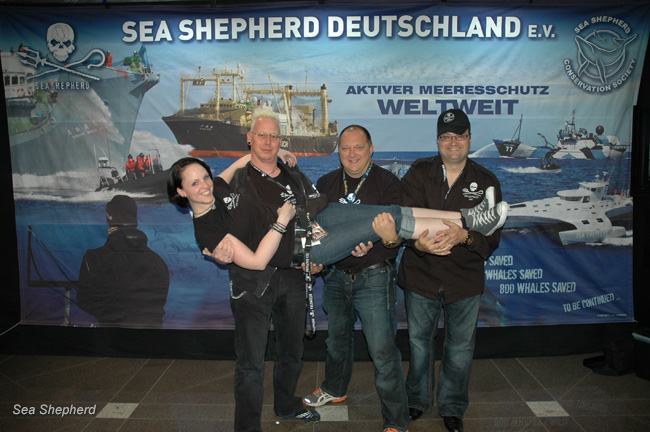 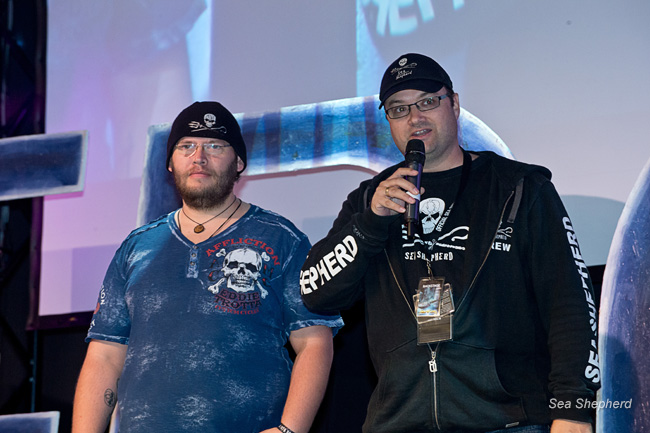 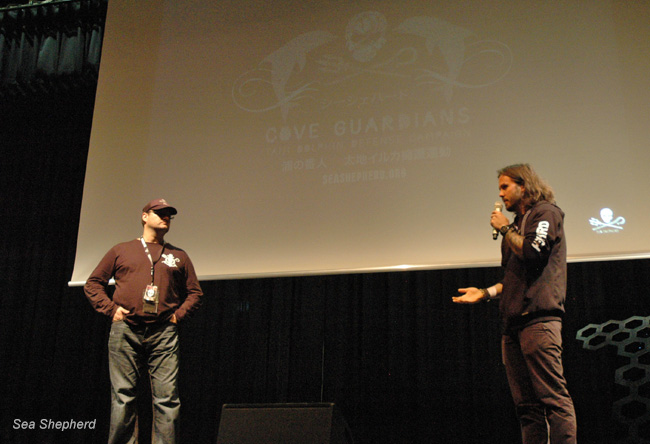 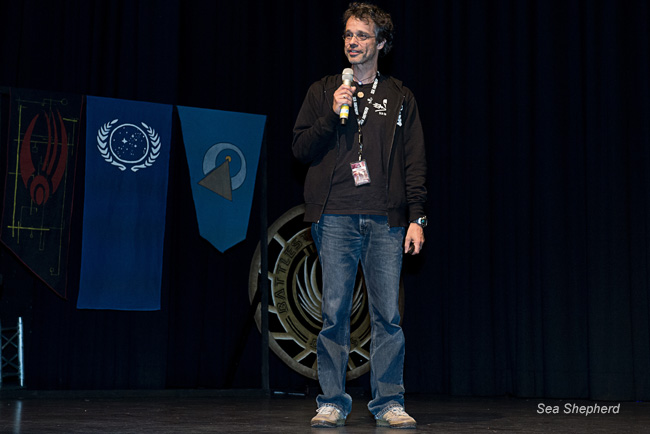