Environmental Protest is the New Piracy 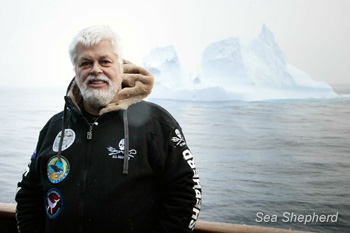 Captain Paul Watson - Founder
photo: Sea Shepherd Australia/Tim WattersYou don’t need an eye patch or a peg leg to be a pirate these days. You simply need to care for the Earth and the future of our children.

For the first time in decades I can truthfully say I’m proud to be a Greenpeace co-founder.

Their recent campaign into Russian Arctic waters is courageous, and has succeeded in focusing international attention on oil and gas drilling in the fragile Arctic environment.

Strategically it is a brilliant campaign. With 16 nationalities represented on their crew the result is 16 different diplomatic issues to be addressed.

The crew are from the Netherlands (where the ship is registered) and from from Argentina, Australia, Brazil, Canada, Denmark, the United States, Britain, New Zealand, Ukraine, Russia, France, Italy, Turkey, Finland, Switzerland, Poland and Sweden, the group said.

And now Russia has charged Greenpeace with piracy for boarding the Prirazlomnaya oil platform to hang a banner.

If it is decided that both the Russian and the United States government regard non-violent protest as piracy, this is going to be a serious undermining of international human rights.

There is still a chance that the Russians may see the light of reason and will drop all charges, especially the ludicrous charge of piracy but in a nation that sends young women to prison for two years for non-violent street protests, the outlook is grim.

Will Russian state sponsored oil drilling be stopped by this protest? Of course not, nor will the potential threats by American and Canadian petroleum interests be stopped by protests alone. But we have to stand up and oppose these potential threats to our future environmental security. This Greenpeace venture into Russian waters will help serve to keep the world aware of these threats and we have a responsibility to the future to do all that we can to stop the juggernaut of environmental destruction that is quickly eroding both bio-diversity and also human rights.

The Russian claims that they suspected Greenpeace of intending to plant an explosive devise are absurd. And even more absurd is the Russian claim that it is the Greenpeace crew that were a threat to the arctic eco-system.

This is not the first time that Greenpeace has ventured into Russian waters. Both Greenpeace and the Sea Shepherd Conservation Society landed in the former Soviet Union to oppose whaling, Sea Shepherd in 1981 and Greenpeace in 1983.

In 1981, Sea Shepherd out maneuvered a Soviet frigate and eluded the pursuit after capturing film evidence of illegal Soviet whaling activities. Our evidence presented to the International Whaling Commission was very embarrassing to the Soviet Union and proof positive of their illegal activities. In 1983 Greenpeace activists were arrested for attempting to do the same.

In the end the Soviets released the Greenpeace crew without charges.

We shall see if the new Russia, under Vladimir Putin will have the good sense to do what their Soviet predecessors did under Premier Yuri Andropov. 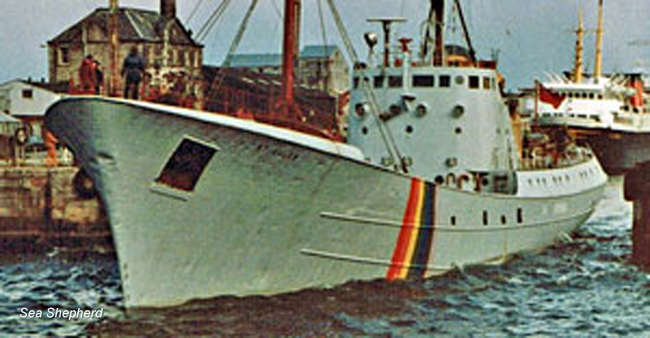