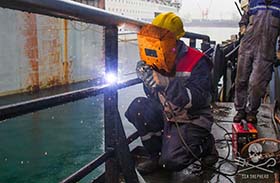 Some of the works carried out so far are installing fuel tanks for the small boats to replace the barrel system we have used in the past. This has allowed us to remove the barrel holders from the superstructure, making the decks less cluttered.

We have inspected and repaired where necessary the insulation and exhaust systems, and the wave breakers. The obsolete rescue boat guide is being removed to reduce clutter on the deck area. The liferafts are being moved to the helicopter deck to make them less vulnerable to damage during collisions and in big seas.

Our communications technicians are removing the antennas and cabling in preparation for the installation of the new aluminum mast.

There is lots of work still ahead. Once the ship is out of the water, we will begin washing, sandblasting and painting the hull, repairing the fuel tanks, and creating a double bottom to help lessen the chances of pollution should the ship be damaged.

It’s a big job and a big challenge, but I’m confident that the crew of the Bob Barker, working with the professionals at AC Magellan and Kuzey Shipyard, will make the Bob better than ever.

It takes a lot of people, work and money to keep the Sea Shepherd ships ready for battle and we cannot do it without all of our generous supporters from around the world.

If you would like to see the Sea Shepherd Fleet continue its fight to protect our oceans and all the creatures that call the ocean home, please support us as we prepare the Bob Barker to return to the battlefield.

DONATE to help keep our ships at sea: 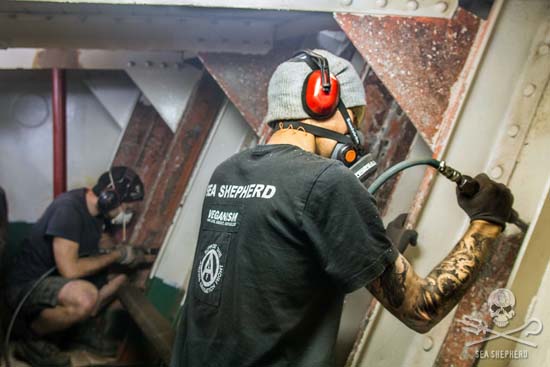 There is lots of work still ahead for the crew of the Bob Barker and the shipyard workers. Photo: Alejandra Gimeno 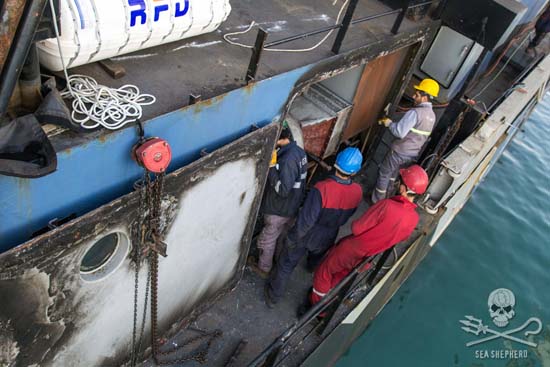 It takes a lot of people, work and money to keep the Sea Shepherd ships ready for battle. Photo: Alejandra Gimeno 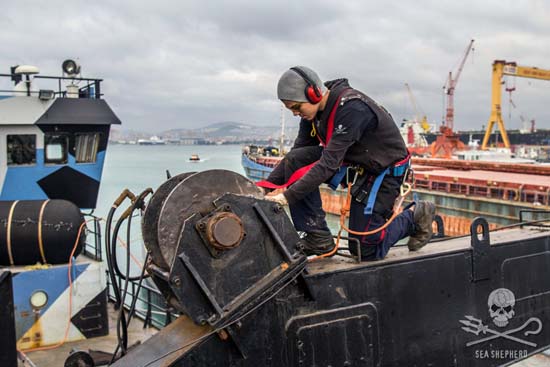 The crew undertakes repairs to the hull. Photo: Alejandra Gimeno 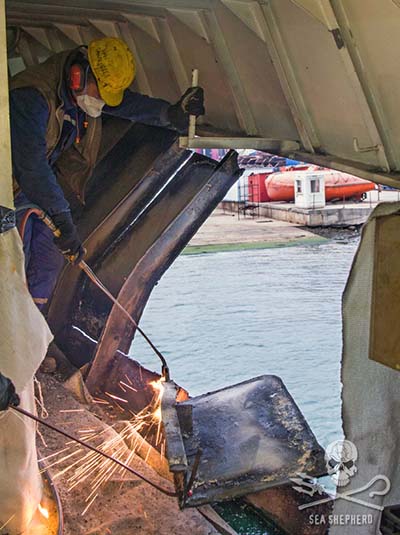 Repairs include damages sustained when rammed by the Nisshan Maru. Photo: Alejandra Gimeno