Court Victory for the Bluefin Tuna and Sea Shepherd 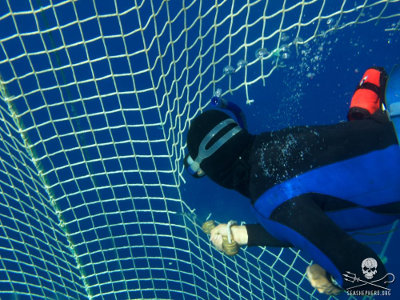 A diver cuts one of the tuna nets
Photo: Sea Shepherd / Simon AgerBack on June 17, 2010, Sea Shepherd’s Operation Blue Rage intercepted an illegal bluefin tuna operation off the coast of Libya, two days after the closing of the bluefin fishing season.

We investigated the catch and found hundreds of undersized bluefin tuna. When we asked to see the papers, the fishermen refused. When we asked to speak with the official observer onboard, we were told there was no observer. A few minutes later we were told there was an observer, and a man came on the radio and identified himself as the “official observer.” We asked for his name and authorization; he refused to provide it.

We had no doubts that this was a criminal operation:

We made the determination that the fish in the net had been caught illegally and we sent divers into the water to cut the net and to release some 800 bluefin tuna.

In July 2011, just over a year later, when the Sea Shepherd ship Steve Irwin was in Scotland preparing to depart for the Faroe Islands, the Scottish Court imposed a bond on my ship of 530,000 pounds Sterling as surety pending the outcome of a lawsuit by the Maltese fishing company, Fish and Fish.

On June 25, 2012, Sea Shepherd won the case when the court ruled against Fish and Fish. Our bond was ordered returned and our legal fees ordered to be paid by Fish and Fish. 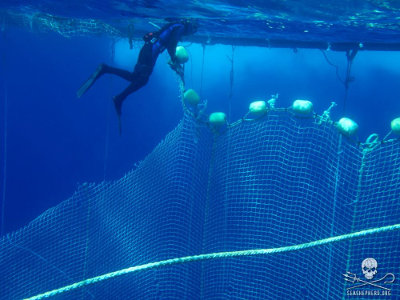 A diver cuts one of the tuna nets
Photo: Sea Shepherd / Simon AgerJohn Refalo, legal counsel to Fish and Fish, told the media that the court loss was a setback, but said that the case would not stop there.

"This was a preliminary ruling, and we are currently filing for permission to appeal - something that is not granted automatically in the British system," he told Malta Today.

Refalo said the case was dismissed only on a technicality: a previous attempt to sue Paul Watson (a Canadian citizen) in the United States had similarly been overturned on the grounds that the Steve Irwin was registered in the UK.

"One way or another we will get him," Refalo added. "It will just take more money..."

And so they threw more money into the case and on December 8, 2014, the Appeals Court did reverse the lower court’s decision.

I also did an interview with Malta Today back then:

“In comments to Malta Today, Paul Watson echoes Refalo's view that the case against Sea Shepherd would cost Fish & Fish more money - but the outcome, he adds, will not be what the tuna ranchers expect.

Watson insists that the Sea Shepherd Conservation Society is always prepared to fight for its cause: not just on the water but also in the courtroom.

"If they decide to appeal, we will fight them on the appeal and a review of the case indicates any attempt to appeal will simply cost them more money and they will not overturn the verdict." 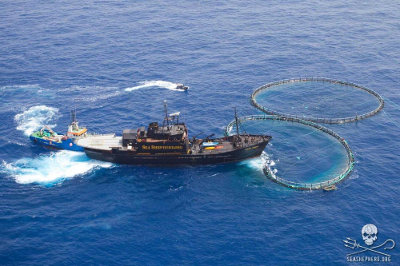 Steve Irwin and delta in action
with the fishing boat Rosaria
Photo: Sea Shepherd / Barbara VeigaFish and Fish appealed, and in May 2013, the British Court of Appeals accepted their case.

The case was heard by the British Supreme Court in November 2014.

Now today, this case is resolved. The Supreme Court has made their decision. Sea Shepherd Conservation Society has prevailed and Fish and Fish has lost and is now responsible for paying Sea Shepherd’s legal fees which are estimated to be around $250,000 USD. In addition Sea Shepherd will have the bond of some $800,000 USD returned.

This is the final judgment. There can be no further appeals.

This has been a long and tedious court case but we have prevailed and this is a great victory for the bluefin tuna and against those poachers who are diminishing their numbers.

Sea Shepherd will continue its campaigns to defend the bluefin tuna from poachers like Fish and Fish.

Watch the video of the British Supreme Court Decision in the video below.