Raso Island is a stratovolcano. There is little vegetation here; the entire coastline is made up of rocky cliffs. The mountains reach some 130 meters above sea level. It is every bit as spectacular as Santa Luzia! 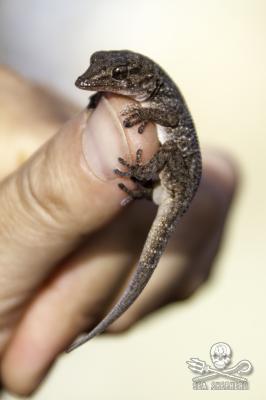 Having set up a second base camp on the uninhabited island of Raso some weeks ago, and a team in place on Santa Luzia protecting the turtles, we are assisting the biologists with monitoring 120 shearwater nests as part of a scientific study and acting as a poaching deterrent for the chicks. Thousands of shearwater chicks were once hunted and killed every year as a food source decimating the populations of Rasos and Brancos.

By highlighting the importance of the species, and working with and educating local communities, especially fishermen, poaching numbers have dramatically fallen. 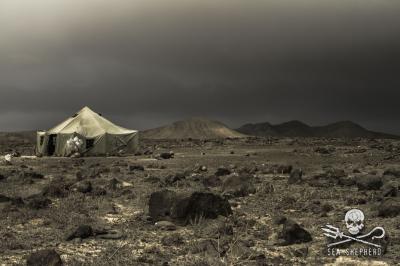 Basecamp on Raso Island
Photo: Sea Shepherd / Simon Ager A group of Portuguese biologists are also here studying the iago sparrow comparing its evolution to the Galapagos chaffinch, which physically evolved to survive the different environment and resources on each island in Galapagos.

Our time is spent moving between two locations every other day: one close to our basecamp and the second, a one-and-a-half hour trek through the mountains to a camp nestled in a canyon overlooking the island of Sao Nicolau. We arrive just before sundown, checking the marked cliff hollows along the way for chicks.

Settling in for the night, we eat biscuits smothered in marmalade and drink tea made from a shrub found on the island. With nothing more than a sleeping bag on the rocky ground, we sleep under the stars. With no light pollution the heavens are magnificent!

As the sun drops into the ocean through the serenity, geckos begin to chirp feverously into the early hours; male shearwaters join the choir leaving the nests for the ocean to feed.

Daring not to sit up at this time, silhouette in the moonlight, shearwaters swoop in at high speeds through the canyon mere feet above your head, the rush of air clearly audible. An amazing experience! Yet, unfortunately, some birds are not so lucky meeting their fate at high speed, we find remains of birds that have flown head-on into the rock face.

The geckos know no fear of man; feeling them scurry over your sleeping bag throughout the night is no surprise.

The serenity finally returns just before sunup, and we return to the nests we surveyed the previous night. 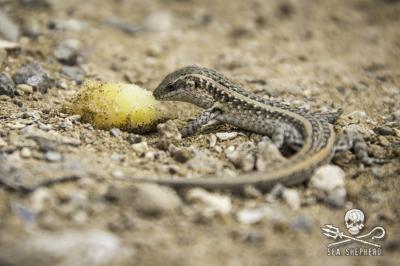 Cabo Verde skink
Photo: Sea Shepherd / Simon Ager Reaching into the darkness of a rocky hollow no bigger than your fist and shoulder deep, feeling for a chick that is less than amused at being extracted from its nest, involves being enthusiastically pecked by a large gray fur ball with a beak. The chicks are tagged, measured and weighed before being returned carefully to the rocky hollow. Each night, one of the parents will come to the nest to feed the chick, which may nearly double its weight in one week.

Watching the birds mature week by week, the adult plumage replaces the gray fluff. The first two weeks in November will see the adolescent birds take flight and migrate great distances, with sightings off the coast of South America in Brazil and Argentina waters. The birds stay at sea until the next breeding season.

We will continue a presence in the islands of Santa Luzia and Raso along with the scientists until the end of November.

The islands of Cabo Verde continue to amaze. Declaring the country a marine sanctuary, eco-tourism could save this stunning country from foreign interests that look to decimate the biodiversity in the name of short-term gain. It’s not to late.

Cabo Verde could very well be the jewel of Africa! 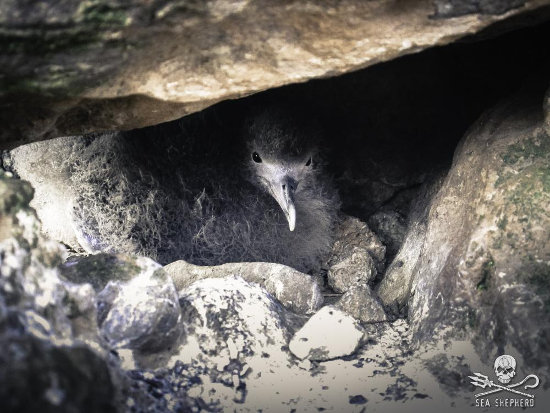 A shearwater chick looking out from its nest
Photo: Sea Shepherd / Simon Ager