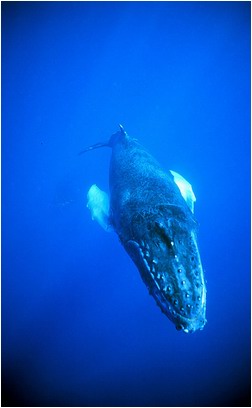 The whales have very few human friends on this planet.

They also like to condemn anyone who physically does anything to actually save the whales. As Joan MacIntyre, the founder of Project Jonah, once said to me, "I want to save the whales, but not your way."

The government of New Zealand knows where the whalers are. They have filmed the whalers in operation in the Ross Sea. But Japan has requested that they not release the coordinates of the criminals engaged in the slaughter of whales. This is like a bank robber calling the police chief and requesting that he not tell his officers where the bank robbery is taking place.

The New Zealand airforce, flying over the Ross Sea, looking for illegal fishing operations recently spotted the illegal Japanese whaling operation. New Zealand has an economic interest in stopping toothfish poachers. If one of them is spotted, a patrol vessel is dispatched and the poacher is stopped, boarded, arrested, and the ship is seized. New Zealand does not kill whales, so the fate of the whales is not an economic concern and thus, does not warrant any action.

But New Zealanders love whales, so Environment Minister Chris Carter has to say the right things and he needs to keep up appearances that the government is doing right for the whales.

This last week, a Japanese crewmember was flown off a Japanese whaler to hospital in New Zealand. Chris Carter was quoted as saying "Despite New Zealand's strong opposition to Japan's whaling activities, and our diplomatic efforts to bring a halt to them, we have a responsibility as a nation to act in a humanitarian way. A person's life was at risk. Under the international law of the sea, New Zealand could not ignore a call for help from a ship operating in an area of sea where New Zealand has responsibility for search and rescue. We have helped in this case because that is the Kiwi way."

Very true, of course, but New Zealand also has a responsibility under international conservation law to take action to stop the killing of endangered species in an international whale sanctuary. Apparently, helping conservationists oppose illegal whaling is not the Kiwi way.

Carter has gone even further in instructing the personnel at the Ross base in Antarctica to not speak with any Sea Shepherd crew. When First Officer Peter Hammarstedt called the base from our ship the Robert Hunter, the base commander hung up on him. When he called back the secretary said the commander would not be taking any calls from us.

We could not even get ice condition reports. It appears New Zealand has no problem placing our ships in danger by declining our requests for help, yet, heaven forbid they refuse assistance to the Japanese whale killers

Great Britain publicly condemns whaling and speaks loudly of recruiting new members to join the International Whaling Commission. Yet at a Japanese request, the British registry informed Sea Shepherd on January 12th that our British flag would be struck in 30 days.

Australia gets tough with toothfish poachers in the Australian Antarctic Territory, yet like New Zealand, ignores the criminal activities of the Japanese whalers. The message is that the poorer nations like Uruguay will not be tolerated poaching in Australian waters but economic bullies like Japan can do what they want.

And then you have non-governmental organizations like Greenpeace, the International Fund for Animal Welfare, and the Whale and Dolphin Conservation Society among others. These groups annually rake in hundreds of millions of dollars to save the whales. They go to meetings, they send letters, they collect petitions, but what they really do best is fundraising. And raising money to protect whales is a lucrative business. In fact, more money is generated by "save the whales" groups than by the whalers. In a perverse way, they have a vested reason in not actually shutting down whaling.

And this is one of the reasons that Sea Shepherd Conservation Society is so unpopular amongst these groups. They actually hate us. Greenpeace is openly hostile and the others ignore us or talk trash behind our backs.

Greenpeace raises $10 million dollars for every million they spend on their whale campaigns. These campaigns consist of hanging banners and filming whales dying. They call it "bearing witness." I call it "selling whale snuff flicks."

The media and the public are also ambivalent. I sometimes refer to Sea Shepherd as the "Ladies of the Night" of the conservation movement because people agree with what we are trying to do but they don't want to be seen in public with us.

Some people are appalled that we risk our lives to protect whales, yet they see nothing wrong in sacrificing the lives of young people to protect some oil well in Iraq. Some people are opposed to damaging property even when the property is used illegally to butcher whales. They scream at us to be nonviolent as the whales die in horrific agony. Yet in our entire history of operations, in over thirty years we have never injured a single person.

Being banned is a distinction we wear with both pride and honour. What it means is that we had to actually do something to save whales to earn that resolution.

The big difference between Sea Shepherd and every other organization and the government member nations of the IWC is that we are the only organization that represent the clients we do.

After sinking the Icelandic whalers in 1986, a former colleague of mine in Greenpeace, John Frizell, came up to me to tell me that our action in Iceland was "unforgivable, despicable, and criminal."

He said, "Well, you should know what the people in the movement think about what you have done. This is not the way to save the whales."

For over three decades, I have been fighting with Sea Shepherd to defend and save the lives of whales, dolphins, seals, sea-turtles, sea-birds, and fish. My satisfaction and my reward is that thousands of whales, tens of thousands of seals, and hundreds of thousands of other sea creatures are alive because we physically intervened.

That sense of achievement is something that no human honour, award, or commendation can ever equal.

We fight on the high seas for our clients and that is what sets Sea Shepherd apart from every other group "protecting" whales on this planet.

The whales will only be saved when governments, organizations, and people stop posturing and talking about saving the whales and actually start doing something to save the whales.


Click here to learn more about Sea Shepherd's mission to save whales!