The Hanging Judges of the Magandertal Islands

The Hanging Judges of the Magandertal Islands

Way back in 1983, nineteen of my crew and I were arrested in the Gulf of St. Lawrence in Eastern Canada for violating the "Seal Protection Act" by approaching a place where a seal was being killed.

We were taken to the courthouse in Sydney, Nova Scotia where the Crown Prosecutor dropped the charges because of insufficient evidence.

This did not deter the Canadian government. Forty Mounties boarded a Canadian Air Force transport plane and between each Mountie there was a Sea Shepherd crewmember with each hand cuffed to an officer. We were flown to Perce, Quebec where they opened up a prison that had been closed - just for us. We were flattered.

For the crime of photographing and filming a seal slaughter we had been arrested beaten and then jailed for fourteen days to await bail and then put on trial for a week. We were released on $3,000 bail except for myself. My bail was $8,000.

The Federal Minister of Justice at the time was John Crosbie of Newfoundland, whose family fortune was built upon the Crosbie Sealing Company.

At the time of our arrest John Crosbie said that he would personally see to it that "our scalps would be taken for daring to disrupt the seal hunt."

We were not confident of a fair trial after that comment.

In June of 1983 we all had to travel to Perce to stand trial before Judge Yvon Mercier, a personal friend of Justice Minister John Crosbie.

I knew him well because I had been tried before him in 1979 and found him to be a fanatical supporter of sealing. He had fined me $8,000 and put me in jail for 10 days for witnessing a seal being killed. I had appealed and the conviction was overturned by the higher court and I had written about Mercier in my book Sea Shepherd in 1981.

Our lawyers argued in 1983 that Mercier should recuse himself from the bench because I had written about him in my book and had made non-favourable comments about his obvious bias at the time.

Judge Mercier responded that he had read the book but that he would not recuse himself and told our lawyer that he resented the implication that he would be prejudiced.

My first engineer Paul Pezwick from Boston and I entered Orsainville Prison in Quebec City on December 20th, 1983. We were released nine days later on appeal.

We won the appeal in early 1985 and the convictions were overturned. My ship the Sea Shepherd II was returned in June 1985 in a severely damaged state.

Nevertheless we repaired the damages in Halifax and the ship went on to do campaigns until 1992. I initiated a lawsuit against the Department of Fisheries and Oceans in 1985 and in 1989, they paid $50,000 in damages.

Justice had prevailed but it was a long painful and costly process. We came away with an understanding that we could never expect justice from the lower courts in Quebec. Judge Yvon Mercier was the "hanging judge of the seal hunt" for us.

And now it looks like the pattern is repeating with another Quebec judge.

This last week Canadians Rebecca Aldworth and Andrew Plumbly along with Americans Chad Sisneros and Pierre Grzybowski and British citizen Mark Glover were on trial in the Magdalen Islands. Their "crime" was that they were within 10 meters of a seal hunter with a government permit that allowed them to approach the seal hunt but not closer than 10 metres of about 30 feet.

They had been on the ice in 2006 as observers for the Humane Society of the United States and as journalists. They had permits but the permits are strictly restricted and subject to biased interpretation by Fisheries officers.

They attended the trial with a security detail from Montreal to protect them from the Magadalen Island sealers who have a history of physically assaulting seal defenders when they come to the islands.

On the second day of the trial, Judge Jean-Paul Décoste refused to hear testimony from a world-renowned forensic video expert. Even after allowing the video into evidence yesterday despite the objection of the Crown, the judge ruled, in favor of the Crown, that expert testimony to the effect the video scientifically proved that the accused did not approach the 10-meter limit, would not alter the outcome of the case and therefore refused to let the expert, Grant Fredericks testify.

"The judge has rejected expert scientific evidence that shows we are innocent saying that scientific analysis of the video would not be useful him, no matter how good the expert,' said Clay Ruby, lawyer for the accused.'We will continue to respectfully call each of the accused persons to testify that they broke no law. If there is a finding of guilt, we will appeal that ruling."

The defendants - were charged with being within 10 meters of a seal hunter conducting a sealing activity during the 2006 hunt. Fredericks was set to testify that scientific measurements of the video shows that the defendants were at least 19.6 meters at the time of the incident.

Fredericks has more than 20 years experience in analyzing forensic video evidence and provides expert testimony throughout the U.S. and Canada, usually for the prosecution. Fredericks teaches the techniques used to analyze this evidence at University of Indianapolis, the U.S. FBI National Academy at Quantico, Va., and to Royal Canadian Mounted Police officers and is the video evidence advisor to the International Association of Chiefs of Police.

But forensic evidence for expert witnesses cannot compete with the bias of a Quebec judge and it is my prediction that the defendants will be found guilty of this "horrible" crime.

The verdict will be delivered by Décoste in October. The defendants will have a better chance in the Quebec Court of Appeals where the judges are less inclined to by sycophants to the politicians and the sealers.

In the meantime it is costing the defendants a great deal of money to fight the allegations.

One wonders if west coast Canadian serial killer Robert Pickton would have been caught earlier if the government had spent the resources to pursue him that they have been spending on pursuing seal defenders on charges of taking pictures of seals being killed.

Pickton's crime was killing over 60 prostitutes and feeding them to his pigs.

Defend seals and the government is ready to pounce. Feeding women to pigs apparently does not deserve the same level of investigation and expenditures of resources.

Because the fact is that the cost of pursuing seal defenders for documenting the atrocities of the seal slaughter have exceeded the costs of investigating and finally arresting Robert Pickton.

The millions of dollars that the Canadian taxpayers are forking out to defend the killing of seals is obscene.

The market for seal products is collapsing and the only thing that keeps the killers returning to the ice is the huge subsidies provided by the Department of Fisheries and Oceans.

It's time that Canada gets it's priorities straight and values the lives of women over the "rights" of baby seal serial killers. 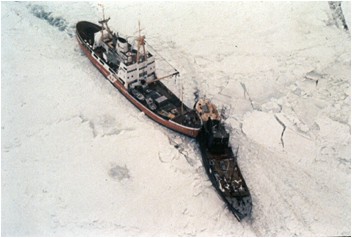 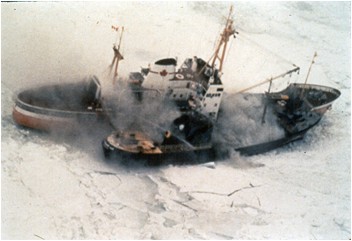