The Dark Hobby; Can We Stop the Devastating Impact of Home Aquaria on Reefs Worldwide? 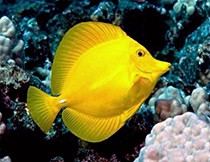 Not every home hobbyist is oblivious to reef damage—some are seeing the difference between loving reef fish and loving to keep reef fish in a tank. An aquarium will not forgive bad chemistry, salinity, pH, temperature, predatory balance and other variables. When aquarium fish die, the hobbyist may try something new on the next round of fish, in a killing cycle for reef fish and reefs, a cycle called “sustainable” by the aquarium trade.

Aquarium hunters have oppressed Hawaii reefs for years, with huge discrepancies between reported catch and actual catch. A state agency manages the trade as a “fishery” admitting that the reported catch of 1-2 million fish per year is off by a factor of 2-5 times.

When South Maui Senator Roz Baker held a round table to review aquarium trade regulation, a major Hawaii exporter sat in and corrected the state’s count of 500,000 yellow tangs annual, saying he shipped a million yellow tangs as one of 15 exporters known by the state and 10 more shipping from unmarked warehouses and garages.

Let me, Snorkel Bob, help here: 1-2 x 2-5 = 2-10 million fish per year. If I present these numbers at any public forum, the aquarium hunters guffaw, sanguine that such extraction is not possible.

Last year on Maui, one dealer reported purchasing more fish than all the collectors reported catching. But let’s not bog down in details. 2 million? 5 million? Who’s counting?

Let’s go to morality. I, Snorkel Bob, frame aquarium collecting as a moral issue. The aquarium trade wants to call it a conservation issue and feels slighted by the moral context. But practicality has been a common cause of immoral behaviors through history. Guilt is most often denied, especially in public—like the crew of Nishin Maru waving signs that say RESEARCH, as the deck flows red with the blood of their cetacean victims.

An aquarium fish dealer on Maui claimed: “Fish are not a finite resource like oil and gold, they are highly reproductive, some releasing millions of eggs multiple times a year. The small fish population has to do with Maui having the wrong type of habitat that certain fish seek out to live in. You go into the desert and you won’t find an alligator.” Yes, we have no alligators on Maui, but we once had an abundance of fish, and it wasn't so long ago.

When State Senator Josh Green (District 3, Kona Coast) unveiled a bill to ban aquarium collecting recently, one aquarium hunter called Senator Green “politically motivated and uneducated.” Another called him “extreme and not warranted.” They cannot grasp the loathsome perception of the general public. They do not share the common morality.

Among fundamental facts are: 1) campaigns in the Hawaii State Legislature over the last few years showed that nearly all reps and senators want to ban aquarium collecting in Hawaii. All legislative efforts were derailed in the House, where every conservation measure suffers Water & Land Chair Ken Ito’s pledge that no bill will pass unless it is “good for fishing.” Speaker Calvin Say guides Rep Ito, and the matrix goes to (lame duck) Governor Linda Lingle (R) and her Chief Policy Advisor, a former wholesaler for the aquarium trade. This is big money.

Yet we have no protection for the habitués.

Continuing moral and practical dilemma faces the State of Hawaii in the fish kill at Honokohou Harbor on the Big Island. The Kona coast is 135 miles of continuous reef. Once called the Gold Coast for its yellow tangs in the surf, now it’s the gold coast because Charles Schwab and Michael Dell plunked down $50 million on lots there. The new gold rush is for easy pickin’s on aquarium fish with no catch limits. Grossly mismanaged on data spun politically, those reefs are now minus 8 species. “Nobody knows where they went or why.” A typical prospector came over from the mainland, built a holding tank and got out there for his fair share, till his tank failed on 650 yellow tangs and butterflyfish. Oh, darn. He bagged them up for the freezer. Otherwise they’d stink!

A few months later, he tossed them into a dumpster at Honokohou Harbor. Why not? The dumpster gets emptied every day to two.

By the grace of Neptune, that bag was not green, it was clear.

That aquarium hunter had no idea where he was or whose kindred spirits he’d killed for chump change. Two women saw the bag and laid each dead fish on the pavement. The media swooped.

While the dramatic effect was huge, the practical meaning was nothing next to a single fish dying in each of the 1.5 million aquarium tanks worldwide.

DLNR along with CORAL and Reef Check International call the aquarium trade “important” and “sustainable,” supporting disposable wildlife pet trafficking for the money. “Sustainable” means taking all but a few brood fish so the species won’t collapse—the Kona “fishery” is declining from collapsing butterflyfish populations. DLNR monitors the decline and defends the trade, claiming “no proof” that collecting causes decline. 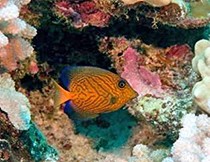 Reef Check International and CORAL operate on grants and donations. Reef Check is an apologist/front group for the aquarium trade. Director Eric Cohen is the biggest Hawaii reef fish reseller in the nation. Eric Cohen calls himself a “stakeholder” in Hawaii reefs. Reef Check stridently solicits donations to help “monitor reef health” while urging more aquarium extraction with “sustainable” measures in place. This is “conservation” as a means to mo money. (see www.FortheFishes.org )

In January Hawaii will have a new governor and may have new leadership in the legislature. Grassroots efforts in Maui County cracked down on aquarium extraction in August, 2010 setting critical precedent in Hawaii.

Aquarium collecting in Hawaii has no limit on the catch, no limit on the number of catchers and no constraints on rare or endemic species. 98% of Hawaii reefs can be emptied of every fish by the aquarium trade, and it’s legal. The trade screams bloody murder on any regulation proposed to date, screaming with equal urgency that aquarium collecting MUST REMAIN SUSTAINABLE!

Maui’s Congresswoman Mazie Hirono, the entire legislative delegation, the Mayor and a majority of Maui County residents that may exceed 99% want to keep these so-called “aquarium fish” at home on Maui reefs. 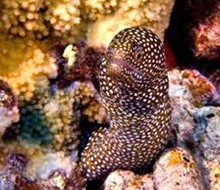 The late Ed Lindsay, a Hawaiian and charismatic leader, recalled a tired walk through a hotel lobby in California. Road weary and ready to relax, he stopped short at the aquarium where a Hawaiian cleaner wrasse (hinalea) stared sadly out. Ed said he nearly cried. He felt helpless and angry and determined to let the world know that it is welcome in the land of Aloha, but it can no longer take what belongs here.

The Hawaiian cleaner wrasse, found nowhere else in the world, cleans parasites from other fish. Its absence exposes reefs to parasite infestation. Captive Hawaiian cleaners starve to death in 30 days—you can buy one on line today for $50. It left $4 in Hawaii.

Featherduster worms bore into coral heads, then stick out their dusters to filter-feed. Aquarium hunters “collect” featherdusters by smashing the coral. The aquarium trade response: “But we don’t take featherdusters anymore!” Because they’re gone, leaving coral rubble behind. They took 67,000 in ’03. 16,000 in ’09.

Hermits change shells, but with hundreds of thousands of hermits strip-mined by the aquarium trade, many reefs are vulnerable to collapse. In Kane’ohe Bay on Oahu they took 300,000 to sell for 11¢ each—indifferent to the hermits role as a lynchpin species integral to reef survival. The aquarium trade protests that it doesn’t take hermits (so much) anymore—because the hermits too are nearly gone.

Neither hermit crabs nor eels of any species require any permit for collection. With emphasis now on huge tanks in Hong Kong and Kona, demand is up for adult eels. Capture is quick, with a short piece of plastic pipe closed and baited at one end. Adult brood eels are now leaving Hawaii with no limit, no count and no future.

The Humane Society of the U.S. and Humane Society International (HSUS/HSI) state that reef fish have complex needs and are not suited for captivity. Reef animals in confinement live far short of their natural potential. Yellow tangs can live 40 years on a reef, but tank stress most often kills them in a year—if capture and transport doesn’t kill them first. Yellow tangs are herbivores who graze on algae dawn to dusk. Algae suffocation is a primary threat to Hawaii reefs. Millions of yellow tangs ship out annually.

Also speaking out is a new book by me, Snorkel Bob, from Skyhorse Publications, NY.

Some Fishes I Have Known is 300 photos on 200 pages—up-close family portraits of a few gill breathers in social interaction, communion and yes, friendship with an old familiar. The narrative may change minds. A few aquarium hobbyists may see the light and hear our beloved 41st President of the United States of America, Ronald W. Reagan, who cried out, “Mr. Gorbachev, tear down this aquarium!”

The promotional tour will reach millions, bringing this topic to the surface. All photos here are by me, Snorkel Bob, from Some Fishes I Have Known, except for one.

What can you do? If you see an aquarium, ask that it be taken down for the sake of the reefs, the fish and us. 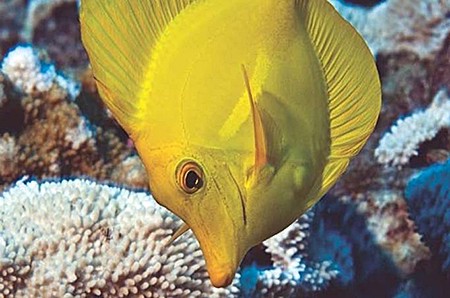