The Cassandra Principle and the Demise of the Cod

The Cassandra Principle and the Demise of the Cod 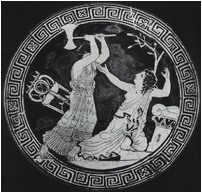 The problem with being a conservationist is that we have all become like Cassandra, the doom and gloom prophetess princess of Troy.

It is our burden to make predictions based on the observed ecological stupidity of humanity and to cast these predictions out as warnings. And like Cassandra, we appear doomed to have our predictions ignored or dismissed.

This is especially frustrating after we have been proven right so many times over the years and still the anthropocentric mindset continues to ignore the warnings.

They ignored our warnings about the inevitability of major oil tanker spills. They ignored our predictions about commercial fishery collapses, about global warming, about the consequences of salmon farming, and the list goes on and on.

Back in the early 1980's, I warned the Canadian government that the Atlantic cod fishery would collapse within a decade. It collapsed in 1992.

The Canadian government and its small army of scientific posers that I call biostitutes dismissed me as a doom and gloom environmentalist. I was called naïve, ignorant, stupid, and overly dramatic.

This month, researchers who have studied data over a 40-year period have discovered that the food chain in the North Atlantic has been drastically altered with the disappearance of the cod.

What this means, is that the entire Northwest Atlantic marine ecosystem is being restructured because of the collapse of East Coast cod populations. These same scientists are now saying that the data indicates that recovery of the cod may be impossible.

Ken Frank, a scientist who co-authored the report in Science magazine, said the findings provide an unsettling picture of the marine environment on the eastern Nova Scotia Shelf. "It is worrisome," Mr. Frank said in an interview from his office in Halifax. "It kind of suggests that we're locked into this alternate state right now and unless there is some kind of unusual event, it may take quite some time for the cod domination to return."

He said the near disappearance of cod and other large species, such as haddock, flounder and hake, has led to what he calls "a cascade effect." That is, large predators have declined dramatically, but the fish they preyed upon - herring, capelin, shrimp and snow crab - were allowed to thrive and eventually underwent a population explosion.

Cod, which used to sit on the top of the food chain, have now been replaced by smaller fish.

That also trickled down to the lowest members of the marine food chain - zooplankton and algae - which are being depleted at a faster rate because more and more fish are feeding on them. This has also raised the concern that the smaller fish species could diminish the nutrients they rely on.

"Their levels have now decreased because they're being eaten heavily by the exploding group," said Mr. Frank, who works for the Department of Fisheries and Oceans at the Bedford Institute of Oceanography. "It was always known that when you deplete a predator, its prey will increase. But it was never suspected that this would cascade or extend all the way down to the base of the food chain."

Let me see, "it was never suspected?" Of course not, because the government of Canada was listening to biologists and not to ecologists. Of course, it was suspected. I suspected it and I was told I was crazy at the time for suspecting it.

These same scientists now say that they have also always known that the cascade effect existed in fresh water species, but they have never been able to prove until now that it could be found in the ocean.

But if they had followed the precautionary principle they could have saved the cod. Instead, they chose to remove the cod from the ecosystem first and observed the effect afterwards.

The new report has raised concerns that the new marine environment will slow, and possibly prevent, the return of cod numbers which were once the economic foundation of most of the fishing communities along the Atlantic coast.

The new dominant fish species are now preying upon young cod, and with cod deposed as king thanks to the government and the fishing industry, the replacement species are thriving and keeping the cod from recovery.

The strange thing is, that there is a need for dominant predators to keep the fish that prey upon the cod in check. Harp, hood and grey seals do that very well but instead of encouraging their populations, the Canadian Department of Fisheries and Oceans is intent upon reducing the numbers and some want to wipe the seals out altogether.

This report will not change things because many politicians, media people, corporations, and government scientists have been blaming seals and not people for so long that they will never humble themselves to admit they were wrong. They would rather remain wrong and in denial than to admit they screwed up an entire marine ecosystem.

Ken Frank commenting on the report said, "The collapse of cod should serve as a lesson that if you want to keep the populations sustainable you've got to have a conservation ethic in mind," he said. "You've got to resist the temptation to fish so heavily that the stock will deplete itself."

Now where have I heard that said before? Oh yes, I said it, twenty years ago. I would like to say that no one was listening. They listened alright and dismissed me as knowing nothing and not having the proper credentials, meaning I didn't work for the government.

Ken Frank said that there is a strong indication that the phenomenon of cascading might be found in other areas of the North Atlantic where cod has diminished. Duh, you think Ken?

Mr. Frank is exploring whether the food chain has been disrupted in the Gulf of St. Lawrence, the Grand Banks, and the Labrador Shelf.

Meanwhile, back on the West Coast of Canada, the B.C. government and the Federal Department of Oceans and Fisheries are doing everything they can to totally collapse the wild salmon populations. It is another blind bonanza of profits in their support of salmon farms. 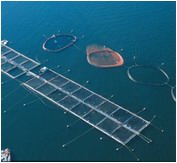 Disease, escapement, competition, pollution, and now sea lice are all plaguing wild salmon populations, yet all this is ignored as the salmon farms on the West Coast do to the wild salmon what the drag trawlers did to the cod on the East Coast.

It's not that the politicians and government scientists never learn, they just always seem to learn too late.

The government should be hiring ecologists to make considered predictions based on the basic laws of ecology.

The problem is, that these pesky ecologists tend to be unconcerned about the profit factor and make annoying suggestions like shutting down fisheries or cutting back on quotas. This kind of talk is unpopular with fishermen and with the politicians they vote for.

And of course, politicians don't generally care what kind of environmental problems will result in a decade or two decades. They just care about the next election.

I've been concerned about and have been working on marine ecology issues since 1975. I will continue to do so long after many of politicians and the bureaucrats that I have opposed have retired. You don't hear from them anymore. Unlike me, they were in for the short term and their only concern was re-election or a good pension.

The fact is, that the politicians and bureaucrats of the Canadian government over the last thirty years have presided over, and they are responsible for, the death of the major fisheries. Their incredible arrogance not only drove the cod into commercial extinction and promises to do the same with the salmon, but they actually transformed through their policies, an entire vast marine ecosystem. They plundered it and they perverted it and they continue to apply their arrogance as the only solution to the problem they created.

My predictions have indeed become more dire every year. What I am predicting now is nothing less than the entire ecological collapse of the North Atlantic ecosystem. A combination of global warming and species depletion and disruption that will have its inevitable consequence.

The three basic laws of ecology have been violated for too many years:

The Law of Diversity that rules that the strength of an ecosystem is dependent upon the diversity of species within it.

The Law of Interdependence that rules that all these species must be interdependent.

And the Law of Finite Resources that dictates that there are limits to growth.

You don't need expensive complex, long-winded, drawn-out studies to predict that an ecosystem is in trouble. You just need to observe if the three ecological laws are being respected.

Therefore, in the case of the Northwest Atlantic we can see that over the last three decades the diminishment of large fish species and the reduction in number of seals, whales, dolphins, and seabird populations has resulted in a diminishment of diversity.

Also, the chain of interdependence has been broken, and the smaller species are now becoming dominant in numbers and reducing the young of the larger species.

And of course, the law of finite resources simply translates that too many people and not enough fish will result in an excessive extraction of species and numbers from the ecosystem leading to escalating diminishment of diversity and interdependence.

Summary - We have irreparably damaged the entire Northwest Atlantic ecosystem.

Now there is no pleasure in saying "I told you so," but it is a fact that I told you so. And of course, there is no reason for the government of Canada to listen to me now. They never listened to me before.

In Canada, you get the Order of Canada for plundering the land and sea and you get nothing but contempt for any effort to protect and conserve nature and wilderness.

You see, the Canadian government has never had much use for prophets - they have preferred profits.