A Delta boat was launched with our crewmembers onboard landing between jagged rocks in a somewhat treacherous location. Thankfully, we all made it safely ashore as we waded in the cold water up to our armpits to keep the boat from being smashed onto the rocks. Paul and the crew formed an assembly line to transfer stones from the beach to form a cairn to hold a bottle containing a note signed by the Captain and our crew.

After the ceremony, a couple of crewmembers went snorkeling in dry suits with the local seals that Sea Shepherd helped save. This was an awesome experience as the seals flanked on the side of each diver to watch them from behind, a classic hunting behavior. They locked eyes with the divers underwater and then surfaced at the same time as we did. It’s a fun game to surface together and then dive together almost as though we are one species.

With the current increasing, the crew piled into our inflatable boat and headed back to the ship to proceed to London, our next destination. With the island officially marked as a seal sanctuary, hopefully all visitors will respect this territory and allow the seals and birds to thrive in their secluded home. 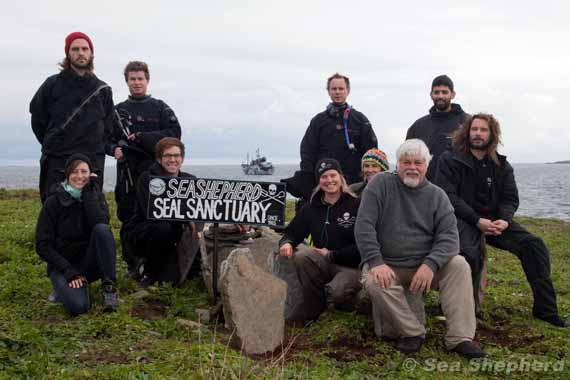 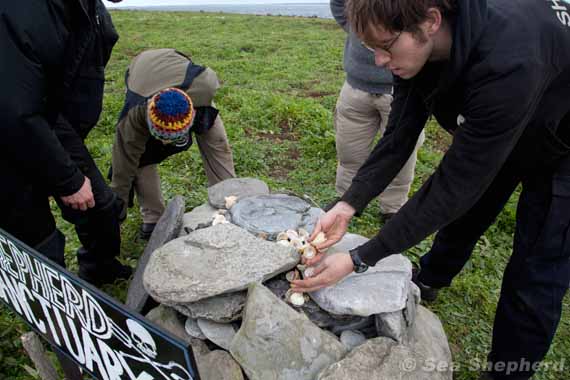 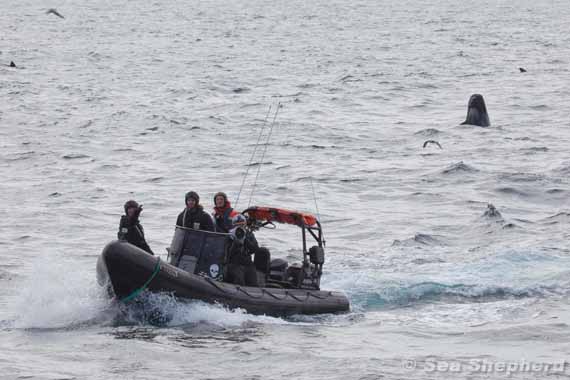 all photos: Carolina A. Castro