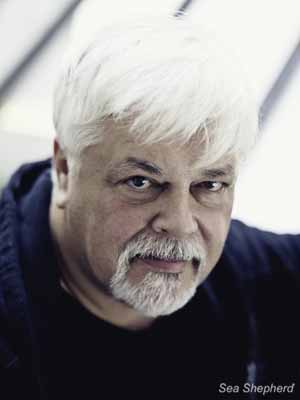 Operation Zero Tolerance will be the ninth annual Southern Ocean campaign launched by the Sea Shepherd Conservation Society. Over these nine years, the Japanese whalers have suffered tens of millions of dollars in losses attempting to illegally kill whales in Antarctica's waters.

This time, instead of meeting the Japanese whaling fleet in the Southern Ocean Whale Sanctuary, Sea Shepherd will meet the whalers in the North Pacific off of Japan.

In addition to the ships Steve Irwin, Bob Barker and Brigitte Bardot, Sea Shepherd will unveil a fourth ship once the campaign is underway. This fourth ship is the Sam Simon, named for the famed television producer and wildlife advocate. The Sam Simon will be deployed in the Southern Ocean to wait for the whaling fleet in the event the whalers elude the other Sea Shepherd ships.

The Bob Barker will depart later in November to meet the whalers and the Steve Irwin at sea along with the Brigitte Bardot.

“The Japanese fleet is surviving at the expense of the Japanese people because of massive allocations of relief funds donated from around the world to aid the victims of the earthquake and tsunami disaster of 2011. We need to shut down this glorified welfare project and to do that we need to once again deny the whalers any ill-gotten gains from their illegal operations in the Southern Ocean Whale Sanctuary,” said Bob Barker Captain Peter Hammarstedt of Sweden.

“The key to success in stopping these illegal whaling activities in the Southern Ocean Whale Sanctuary is basic economics. We will negate their profits. Our objective is to sink the Japanese whaling fleet economically — to bankrupt them,” said Captain Paul Watson. “And we are well on our way to doing just that.”