Not on My Watch 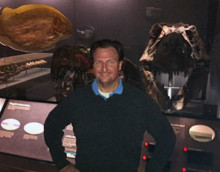 First, because ever since I studied in Course I at MIT (Dept. of Civil and Environmental Engineering), and took Ecology and Systems Dynamics, including instruction from a professor who helped to build the Club of Rome Limits to Growth model that shows depletion of resources and environmental collapse followed by a civilization-wide catastrophic collapse, I’ve been yearning to apply my problem solving skills on the front lines, at the sharp end of the spear. I want to do as much as I can to prevent the extinction of those species that, if we did terminate them, our descendants would feel cheated, robbed, and impoverished, and never forgive us for. Whales, dolphins, and even bluefin tuna are clearly in that category in my opinion. Imagine how we’d feel if all the dogs in the world went extinct next year because they were eaten (I think cannibalized isn’t too strong a word) how sad and enraged we would be at the selfishness of those people who were willing to eat every single dog. Or even certain popular species of dogs. I’m a big fan of human rights, but no group claims it has the right to eat all the German Shepherds, Cairn Terriers or poodles. I’ve seen markets with dead German Shepherds hanging on hooks to be eaten, and it sickened me, but what could I do? Whales and dolphins are just as important as dogs, but out of sight, out of mind, just like eating a dog. If not for thirty years under Sea Shepherd’s aegis, I think some species of whales and dolphins would already be extinct. If I can help Captain Paul Watson and his brave ocean warriors to use technology as a force multiplier to stop extinction of the smartest sentient beings on earth alongside humans, then I must. This is a moral imperative.

Second, I need to walk my own talk, and practice what I preach. I used to run a School for Global Consciousness, and I taught classes to young idealists from over 25 countries in humanity literacy, planet management, world government and global business. We even had a program called The Academy for Ecology and Energy. I used to quote Gandhi, “Consider the poorest person that you know, and then ask whether your next action will make any difference to that person,” and expand the notion to saying, “consider all humanity and all living things, and ask what you can do to improve the quality, quantity, and variety of all life.” Sea Shepherd is the most effective organization at protecting the origin of life on earth, the oceans. I told my students that if they ever had an opportunity to make a difference protecting life on a planetary scale, they had to do it. This is my chance to do what I asked them to do.

Third, I am in constant brainstorming mode, and every time I’ve run into a Sea Shepherd representative, I have bent his or her ear with an aural geyser of ideas about what Sea Shepherd could do. I guess inviting me to join is a way of saying, “Put up or shut up, bossy guy who lives by the beach!” So now I get an opportunity to see if my ten or so grand ideas for turning the Sea Shepherd fleet into “platforms of innovation” for extinction-prevention, for figuring out the real return on investment of having whales, dolphins, bluefin tuna, and more, are of practical, real world value.

If I had to sum it up, I don’t want to continue living in a state of misery, thinking that I could do more, much more, to help humanity develop a core competency in extinction prevention. By working with Sea Shepherd, I know that this is the highest and best use of my talents to keep several miracles of 60 million years of evolutionary bio-engineering from being destroyed by a human race that is about to become an empathic civilization. If we don’t protect these sentient intelligences, and the cradle of evolutionary insights, the Galapagos, we will engage in millennia of self-loathing and shame, and I want to do everything I can to say, “Not on my watch.”