Stephen worked for years in the food industry as a buyer and what he saw and what he learned converted him to organic veganism.

My brother was devoted to Sea Shepherd and for years hosted fundraisers in Toronto and London, Ontario. His eldest son Shawn first joined the crew of the Sea Shepherd II when he was fourteen on our drift net campaigns. His youngest daughter Hillary will soon be joining the crew of the Steve Irwin. Stephen himself participated in an important but legal secret mission for Sea Shepherd and was instrumental in its success.

Stephen’s courage in the face of his own mortality has been inspiring. He was positive and he was hopeful, even speaking happily of the art show he was planning in London for next summer and the ideas he had for paintings for that event.

Recently in June, Stephen hosted a Sea Shepherd event in London, Ontario that he had been working on for many months. I was looking forward to seeing him and many of my family then, but Germany refused to allow me to attend. Our appeal to the German Minister of Justice to allow me to see him in July after he was diagnosed with an inoperable brain tumor was refused. Apparently the bogus accusations of ruthless Costa Rican shark-finners provoked more sympathy from her. But Stephen understood, and when I left Germany he asked only one thing of me and that was, if he died before the next campaign to the Southern Ocean, would I take his ashes to Antarctica.

I intend to do so.

My heart reaches out from my present odyssey to Stephen’s wife Renee, his daughters Lea and Hillary and his sons Sean and Garrett. They were all with him when he left us along with my sister Sharyn and youngest sister Rosemarie. They held a wake for him overlooking the St. Croix River as the great Fundy tide receded out to the immortal sea, the ocean of life that Stephen loved and so lovingly honoured with his art.

My brother was a warrior whose path was the way of the artist. I have always been proud of him and my love for him is as eternal as the love both of us had for nature and all her living treasures.

In many ways the man who was born and died in St. Stephen was himself a saint as a kind and gentle lover of animals, of the environment, of beauty and creativity, as a loving husband and devoted father and a loyal brother to my sisters and me.

He is missed and always will be so. 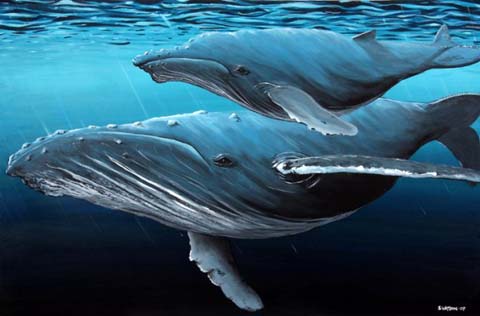