Killing Fish for Fun and Profit

Killing Fish for Fun and Profit 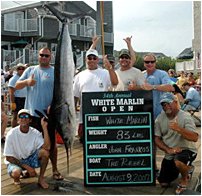 It is a very strange world we live in, a world where destruction of nature is rewarded and those who seek to protect and defend nature are punished.

As we struggle to raise funds to protect and defend whales, seals, sea turtles, sharks, dolphins and fish, the killers reap large financial rewards for destroying the largest and strongest fish in the seas.

The White Marlin Open is the largest fishing tournament in the world. People who take joy and pleasure from murdering fish come from all over the world to hunt down and take the biggest and the best White Marlins, Bluefin, Tuna, Dolphin (Dorado or Mahi Mahi) Wahoo and Shark.  (please insert photo named: Frankoswhite.jpg)

Following are the prize winning killers for 2008. This illustrates the obscene amount of money these aquatic nimrods can win for inflicting pain, misery and death on such wonderful and important creatures in our marine eco-systems.

Very strange and very true. The madness amongst some people is so incredibly bizarre that this incredible pay-off in return for who gets the biggest fish is simply insane.

But there are corporate sponsors willing to pay for this nonsense. We need to let these sponsors know that we won't purchase products from companies that sponsor fish killing competitions. Our oceans are dying and fish are being diminished around the world and this nonsense simply perpetuates the idea that humans can lay waste to the sea for fun and profit.

The competition was not without controversy this year. Activists struck back on behalf of the fish. Donning scuba gear the activists holed the hulls and damaged the props on eight boats as the U.S. Coast Guard patrolled the marina and security guards prowled the docks. 8 boats were permanently damaged and did not participate in the killing that day.

Although the Sea Shepherd Conservation Society does not condone damaging boats and gear utilized for legal fishing, we could not help but smile knowing that 8 of these fish killing for pleasure boats were knocked out of the competition.

Please consider taking a moment to send a letter of protest to the following sponsors of this event:

It may be worthwhile to ask them if they are donating to marine conservation causes or if they only support activities that contribute to destruction of life at sea. 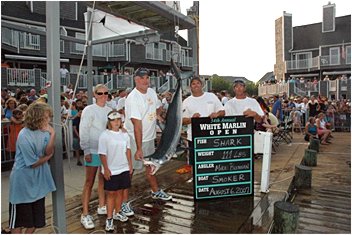 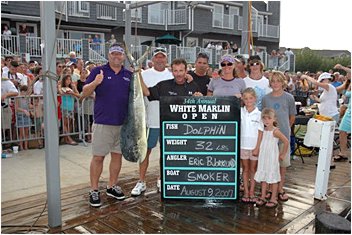 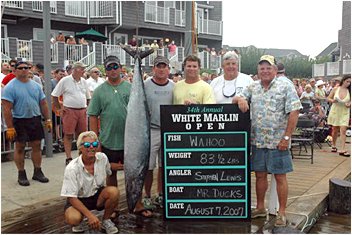 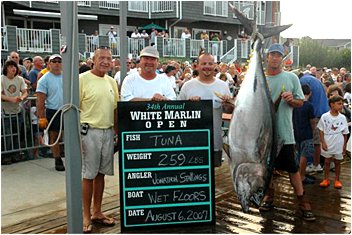