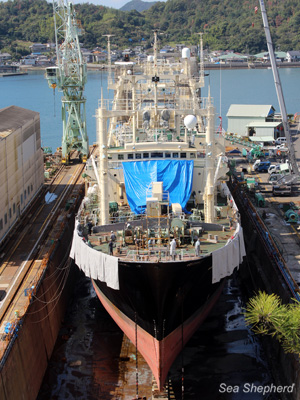 The Nisshin Maru in dry dock
Photo: Sea ShepherdIt looks like the Japanese whaling fleet is ready to rumble.

They fired their opening shot today by having the United States 9th District Court issue an injunction against Sea Shepherd and Captain Paul Watson, specifically.

The court order was a single page e-mail granting the injunction despite the fact that the preliminary injunction was denied in February 2012 by Judge Richard Jones in Seattle.

In a completely unprecedented move, the preliminary injunction was granted by three judges on the 9th Circuit before a hearing has taken place and before the trial on this matter slated for September 2013.

It is a complex situation whereby a United States Court is issuing an injunction against Dutch and Australian vessels carrying an international crew, operating out of Australia and New Zealand in international waters and the waters of the Australian Antarctic Economic Zone. In addition the Court has ignored the fact that the Japanese whalers are in contempt of a court order by the Australian Federal Court and the whaling takes place in the Southern Ocean Whale Sanctuary.

What is the Sea Shepherd Conservation Society going to do?

Sea Shepherd’s position is clear: Our ships, officers and crew are 100% committed to achieving a zero-kill quota on whales. This is Operation Zero Tolerance and 120 crewmembers from 26 different nations are prepared to risk their lives to defend endangered and protected whales in the Southern Ocean Whale Sanctuary. Sea Shepherd is committed to defending the integrity of this internationally established sanctuary.

What is the purpose of a whale sanctuary codified into international law if Japan can kill whales within its territorial waters while in contempt of the Australian Federal Court?

We expect that the Japanese whaling fleet was waiting for this ruling before departing from Japan. They will find when they arrive that we will still be there guarding the Southern Ocean Whale Sanctuary with our ships and our lives.

“We will defend these whales as we have for the last eight years – non-violently and legally,” said Captain Paul Watson. 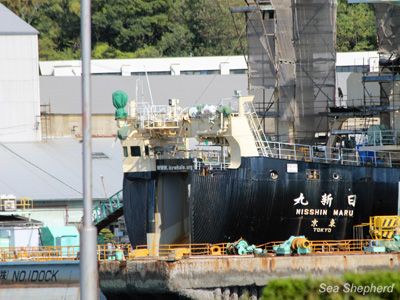 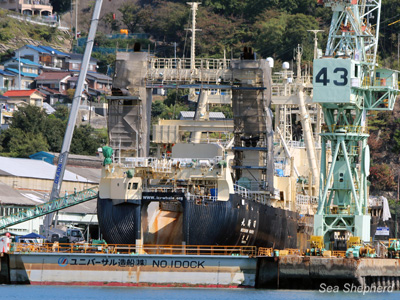