The following two images were taken during the March 7 encounter between Sea Shepherd Conservation Society vessel the Steve Irwin and Japanese whaling vessel the Nisshin Maru.  These photos clearly depict armed Japanese Coast Guard officers in plain view.  On board the Steve Irwin, crew members are asking themselves the question:

Is the light in the centre of the photographs the discharge of a gun shot? 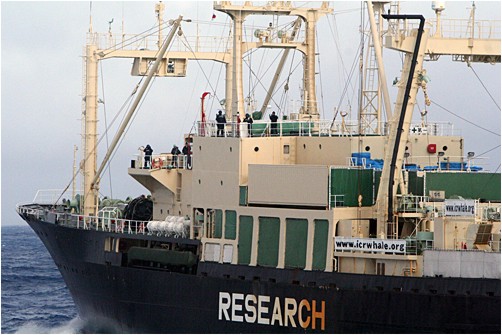 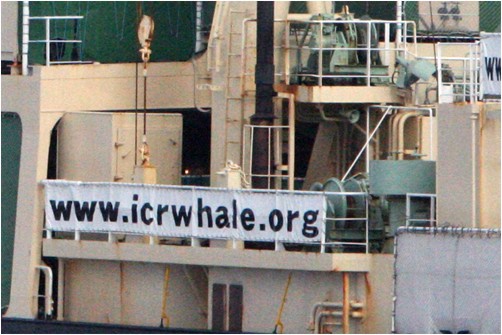