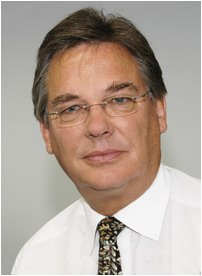 The well-known ritual is once more being acted out at this year's International Whaling Commission meeting currently being held in Anchorage, Alaska. For the first time South Africa is represented by a Minister, Minister Marthinus van Schalkwyk.

He has indicated that South Africa will not switch its anti-whaling vote, which is re-assuring. He will however be under severe pressure from a group calling themselves the ‘like-minded'. This group has positioned themselves between the pro and anti whalers, trying to find a compromise between whale killing and conservation. Their numbers have dwindled in recent years as the cross fire between the adversaries has intensified. But South Africa may well be tempted to locate itself here in an apparent attempt to reconcile its ‘sustainable use' policy in regard to elephants and other beings to that of the leviathans of the oceans, the whales.

There appears to be a school of thought that takes the concept of sustainable utilization at its most shallow and then intend to apply it across the board. Hopefully this is not where the Minister is aiming at. Like in any war, especially one with high stakes on either side you can ill afford to sit on the fence. Among the fence sitters are countries such as Switzerland, Ireland, and Sweden. There are signs however that the USA is willing to seek a compromise as it seeks to appease the Inupia and Yup'ik communities in Alaska and for them to be re-allocated a whale quota.

It is the middle ground that shows up the hypocrisy of the annual ritual that the IWC performs. When the IWC was established in 1946 the pro-whalers, Japan, Norway and others had reduced whale populations close to extinction. The IWC arose out of their recognition that they needed a quota board so that the butchers could talk to each other if their blood sport was to survive. Japan reminds the IWC delegates every year that the IWC is nothing more than a quota allocation instrument and should revert to its former role.

In my view the debate around whaling has become distorted over the years and the IWC is an outmoded instrument, totally inappropriate for this day and age. Other international high seas organizations have as their objective ‘conservation'. Take ICCAT (the International Commission for the Conservation) of Atlantic Tunas or CCSBT (the Commission for the Conservation of Southern Blue Fin Tuna). When I voted in favour of the creation of an Environmental sub-committee at the IWC at its Berlin meeting in 2003 and subsequently became its Chairperson, the Japanese threatened to leave the IWC. They said: How can a quota board have a conservation committee?

There are many reasons why South Africa should not allow itself to become the handmaiden that allows those who destroyed our environment for 150 years to be given a second chance. Sadly Japan knows how to get these hand maidens in large numbers - always poor and developing countries who do not stand a snow balls' hope of gaining from the spoils, were whaling operations to ever start on a legal basis again. Let's face it, the IWC is being used, in the name of majority voting, to grant three or four nations the right to have the exclusive use of our (also southern) oceans to kill whales for their exclusive economic benefit.

Why should we? These are the people who wantonly killed whales to the point of extinction and they now want us to give them a second chance. They tell us they will be more careful this time. But will they? Japans record is horrendous. They have admitted to overfishing tunas, in our southern waters, such a blue fin to a point where the species is endangered. This did not happen 50 years ago when they depleted whale populations, it happened in 2006. Their record at the CCSBT is an abysmal litany of overfishing year after year. The money is so good they pay a fine every year. To boot they prevent South Africa from joining, thus denying us a quota.

The mistrust toward Japan does not stop there. The creation of the South East Atlantic Fisheries Organization (SEAFO) was created in recent years and is of particular interest to Namibia, Angola, and South Africa. It begins to create responsible fishing management on the high seas just beyond our Economic Exclusion Zones. Although Japan has been invited to join SEAFO, their silence is deafening. Why? Their fishing fleets are operating here - in our very own back yard. And not being a signatory to the agreement means you can do as you please.

To lend Japan a hand to come and kill whales in southern hemisphere waters, as they continue to do under their supposed ‘scientific' whaling programme, is an outrage and should be opposed. Their record stinks. Why should we give any whaling country a second chance when they messed up so badly first time round? Remember: Walvis Bay was called so for a reason but in 1912 Norwegians and others landed 512 dead whales in the bay. And then there was silence. Some 50 humpback whales were seen for the first time again off the Namibia coast last year. Throughout my youth I never saw a whale in False Bay but a century earlier hundreds of whales were killed and landed by operators in the Bay. Today their numbers are slowly increasing and fortunately most people this time round want to see them, not kill them.