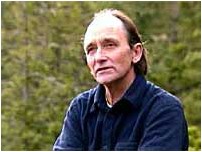 In a fit of pique reminiscent of a schoolyard boy who takes his collection of pretty marbles home because no-one wants to play the game his way, Japan ended this final day of IWC 59 with a video presentation extolling the virtues of Yokohama as the host city for IWC 61 in 2009... and then, moments after the video ended, Japan's Commissioner announced that Japan was withdrawing its offer because the IWC won't give Japan what it wants.  Earlier, Japan had withdrawn its coastal whaling proposal because it wouldn't have won.  This announcement was accompanied by a dark and threatening statement by Japan's Commissioner, so in a way the Yokohama reversal wasn't out of line.  It was however a very odd moment which left the audience briefly stunned.  A beat later, after a concluding round of thanks from the Chair, the audience was happy to have come to the end of a very long 4 days and be going home.  Japan's end behaviour in this meeting was odd in the extreme, and possibly quite embarrassing as it was a breach of the fundamental politeness that is a corner stone of Japanese society.  Speculation about the reasoning included the thought that the statement was made at early morning tv news time in Japan, and may have been broadcast live.  If so, it was made for the audience at home and not for the audience in the room.  Japan failed big time at this meeting, so it's doubtful their representatives will receive a congratulatory welcome upon their return.  Whatever the explanation, the drama was an appropriate conclusion to a rollercoaster week.  The 2009 venue, by the way, will be Portugal's Maderia Islands, which look lovely.

Day 4 started at 8am with a private Commissioner's meeting during which the Chair instructed the commissioners to smarten up, i.e. get down to business (or else).  The result was a very willing group of participants who recognized which side they were on, and quickly sped through a bunch of agenda items before the morning coffee break.  The agreed rule was that each side would be represented by 3-4 speakers, and they would be brief.  It worked.

First up was Denmark's request, on behalf of Greenland, to kill 25 more minkes (total 200/year) off western Greenland, and 2 bowhead whales per year.  After the case was restated briefly by Greenland, and several speakers expressed their opinions, Denmark called for a vote, hoping for the ¾ majority it needed.  The result was a squeaker, 40 yes v 11 no (78%) but it gave Greenland the minkes and bowheads it wanted.  It was surprising to hear countries like the UK, Spain & Netherlands supporting the proposal, and others like Brazil and Mexico abstaining, because they had expressed genuine reservations during the debate.  There were among many countries who wanted the Scientific Committee to clarify the population situation for minkes and bowheads before agreeing to additional quotas and a new species, but in the end they were persuaded and Denmark/Greenland got their way.

The trickiest other bit was a resolution proposed by the UK aimed at convincing CITES not to allow trade in whale products to open up.  This is a key issue for both whalers and anti-whalers.  If CITES allows trade, it is virtually certain that Iceland will continue with its commercial whaling ambitions, and Japan will be enormously encouraged.  The resolution proclaimed the virtues of the moratorium on commercial whaling, and expressed the hope that CITES would continue with the status quo, i.e. no trade in whale products.  Led by Japan, the pro-whaling bloc refused to participate in the vote, and when the 37-4-4 result was announced, St. Kitts and Nevis stated with a grin that the 50% vote will cause problems for the pro-whale side at CITES, which meets next week in the Netherlands.

Absent from the discussion today was the work of the Conservation Committee.  Apparently there wasn't time, so the document was simply tabled.  Nor was their time for a full discussion of the Scientific Committee's review of the dangers facing a number of orca populations, including those of Greenland and Japan.  Greenland was asked for details of its directed orca hunt, but provided very little information, and Japan had no questions asked of it at all.  This part of the meeting was personally disappointing, to say the least.

After the rush to get through whale issues, literally hours were devoted to the report of the Finance & Administration committee, with apparently no limits on the debate.  The contrast with what had happened in the earlier panic to get through the agenda was startling.  One couldn't help being left with the impression that issues like fee structure, and the location and cost of a permanent home for the IWC Secretariat, weigh more on the minds of many members than the whales they (supposedly) serve.

Next year, Santiago in Chile, another splendid setting for this odd band of warriors and ne'er-do-wells to ply their trade in.

This article and more can be found on Dr. Spong's website.