We were allowed to pick up our personal items from the ship before we were deported-for life-from Canada. I vividly remember my last moment on the ship, which had been my home for the last six years. Seeing the state of the vessel reassured me that we had truly pushed it to the very limit and beyond. The Farley Mowat was indeed ready to be retired. 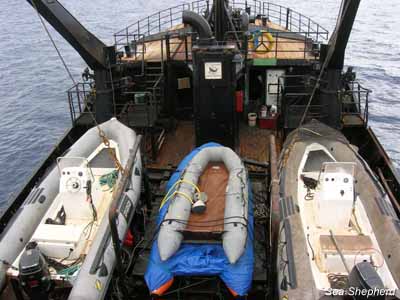 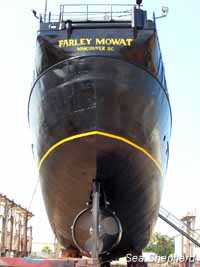 welded name on sternThe ship was built in 1958 as the Norwegian fisheries research trawler, Johan Hjort. In 1983, the vessel was renamed Skandi Ocean (you can still see this name welded on the stern).

One of the ship’s early purposes was to be a spy vessel looking for Russian submarines in the Baltic Sea. After a major refit in 1991 the vessel continued as an oilrig rescue and standby vessel and finally ended up in Sea Shepherd’s possession in 1996. First renamed the Sea Shepherd III, later converted into the Ocean Warrior, and finally into the Farley Mowat.

I first joined the Farley in the Galapagos in July 2002, only weeks after the vessel was last renamed. I will never forget my first night at sea. We had left Galapagos at midnight and some of us were still awake when the first dolphins of the voyage made their appearance. To our delight we saw the Farley gliding through water teeming with bioluminescence and it was thrilling to see the dolphins riding our bow waves like ghosts, engulfed in light.

Many times since then I have witnessed bioluminescence, but only on a few more occasions did this coincide with the presence of dolphins. Within hours after this wondrous event we discovered an illegal long line, well inside the Galapagos Marine Reserve. We started pulling in hook after hook and freed sharks, tuna and one turtle. I was the first in the water to free the turtle from certain death and I remember thinking, as the turtle swam away, that I joined the right organization. 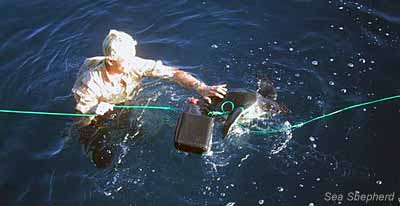 The Farley continued on to French Polynesia and New Zealand. Here we prepared the ship for what was going to be the first of many Antarctica campaigns against the Japanese whaling fleet.

In the following years the Farley took us all over the world, campaigning in areas where we were needed most. We protected wildlife in Galapagos, French Polynesia, Cook Islands, Kiribati, Malpelo, Brazil, Canada, South Africa, and Antarctica, freeing dolphins, seals, whales, sharks, turtles, rays, and fish in the Southern, Indian, Atlantic, and Pacific Ocean.

During the 2005 seal campaign, things almost went horribly wrong. We experienced a hull breach- we were sinking- and were days away from land. Our pumps were no match for the pressure with which the seawater entered the ship. We had no choice but to dive under the ship, despite the rough seas. Only pure luck prevented us from being knocked unconscious against the hull. Against all odds I found the hole, about the size of a quarter and we plugged it with a wedge. Of course, being Dutch, my nickname became Hans Brinker for the rest of the campaign.

After a successful seal campaign and an even more successful (and well needed) dry-docking, we returned for our second Antarctica campaign. This time our Australian supporters sent us off well prepared, a most passionate support base that has been growing ever since. 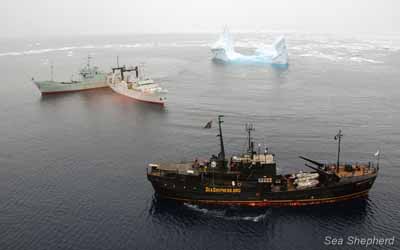 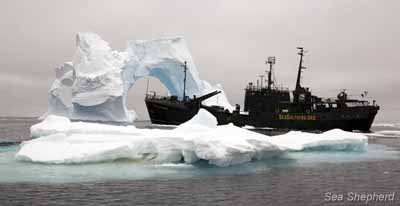 For me life on board started as the chief cook, but it wasn’t long before I moved up to the bridge. Having gone through the ranks, Paul appointed me captain of the Farley Mowat in February 2006 and immediately presented me with a big challenge. The Farley was under a political detention in Capetown, South Africa and all negotiations about departure had failed. My first act as captain was to sail the Farley, under the cover of night, out of Capetown HHHHhhhharbor. Of course we didn’t have permission, so if caught we would be facing jail time. Paul told me earlier that day, whatever you do, don’t stop for anybody. I have taken took this advice to heart many times since then. We got away and were welcomed in Australia as heroes. The mayor of Fremantle presented the Farley Mowat with the plaque of the city and gave us an honorary homeport.

Over the years, the Farley Mowat went through storms that gave me chills. Waves up to 50 feet were certainly no exception. We were often tossed about the ship like toys, making us experts at tie-downs. The ship nearly sank on three different occasions and only the determination of Captain Watson and the crew kept the Farley afloat. The ship broke through ice thick enough to call in an icebreaker and seemed unfazed by it. 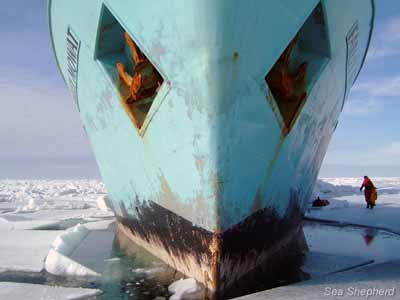 Conditions were spartan to say the least, one shower and two toilets for the entire crew. Funds were low; we often spent months in port waiting for sufficient money to buy fuel. We were very much dependent on the generosity of people to feed us. It also seemed we were always in the hottest ports in the world, making ship maintenance quite a challenge.

Despite all this, I have met but few people who didn’t enjoy their time on the Farley Mowat. To this day, veteran crew talk with pride about the days we spent onboard the ship. The Farley was more than a home; the Farley was our chariot and never failed to get us to the hearth of the battle. We loved that ship and the ship took care of us, often battling against all odds.

Every campaign was said to be the last, as the ship approached retirement. But ships like the Farley Mowat are hard to find and we always found ourselves on board for yet another “last campaign.” We removed and reinstalled equipment and valuables, numerous times between 2005 and 2008. With this pending retirement it seemed our opponents feared us even more than usual. Sea Shepherd has been known to sail into harm’s way but a vessel that doesn’t have to come back to port, combined with passionate volunteers, is an even scarier combination (that and the enormous can opener we installed).

So here we were back again to April 2008’s Seal campaign. Two inflatable boats carrying an elite RCMP tactical squad, armed with shotguns and machine guns, were making their way towards us. Fingers on the trigger, ready to shoot at the least resistance, as they boarded the Farley Mowat. We were arrested and transported onto a coastguard icebreaker. When I looked down from the icebreaker, I couldn’t help but laugh. The elite team was posing for a picture, in front of the Sea Shepherd skull and crossbones. I guess deep down we all want to be pirates.

On behalf of the entire organization, congratulations Mr. Farley Mowat on your birthday and thank you for letting us name this legendary ship after you.