Earth Day Cometh and Earth Day Goeth (and Where Have All the Bees Gone?)

Earth Day Cometh and Earth Day Goeth (and Where Have All the Bees Gone?) 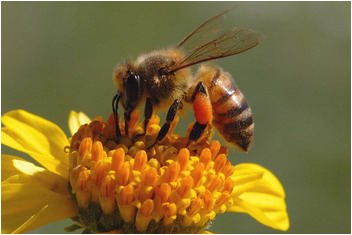 Only two things are infinite, the universe and human stupidity, and I'm not sure about the former.
-- Albert Einstein (1879 - 1955)

Earth Day is almost here. I don't believe in Earth Day myself. I think it's a little silly to devote one single day of the year to being concerned about the environment, but I suppose one day is better than no day at all.

Having been an environmental activist since 1968, I have seen the movement go up and down like a roller coaster in popularity. It was big in 1972 with the Environmental Conference in Stockholm, which I attended, and it became big again in 1992 with the United Nations Environmental Conference in Rio De Janeiro that I also attended. I remember that the priority issue in 1972 was the danger of escalating human populations, but by 1992, that concern was not even on the agenda.

Well, we are approaching the end of another 20-year period and it looks like ecology is in vogue again thanks to global warming and a few other scary things. Green is once again popular.

I can always tell when the environment is getting to be faddish again. My indicator is the number of lectures I am booked for around this time of year. It reached its peak in 1992, practically disappeared for awhile and now it's coming around again.

What worries me is that the movement is constantly being sidetracked by the issue of the day.

It's global warming now. When we were trying to warn people about global warming and climate change twenty years ago, no one was interested. Now it's become the "in" issue and the big organizations are tapping the public for donations to address the problem although no one has come up with anything that makes much sense. But global warming is good for business if you're one of the big bureaucratic organizations whose primary concern is really corporate self-preservation.

Greenpeace is even telling people that they can slow down global warming by (and I kid you not) "singing in the shower." Yep, you see, all you have to do is run the water, then get wet, shut the water off, and sing in the shower as you lather up and then open up the faucet and rinse off. Ah, so simple to save the world.

The problem is that these big organizations are too politically correct to address the ecologically correct solutions. Instead, they are baffling everyone with abstract concepts like carbon trading and carbon storage or trying to sell us a new hybrid Japanese car.

Even Al Gore with his Inconvenient Truth totally ignored the most inconvenient truth of all. I'll get to that in a moment.

But let's look at the number one cause of global greenhouse gas emissions: First and foremost it is human over-population - the very same issue that was the priority concern at the 1972 United Nations Conference on the Environment in Stockholm.

Remember in 1950, the world population was 3 billion. It's now more than doubled. 6.5 billion people produce one hell of an annual output of waste and utilize an unbelievable amount of resources and energy.

And this number is rising minute by minute, day by day, year by year.

Unless over-population is addressed, there is absolutely no way of slowing down global greenhouse gas emissions.

But how do you do that within the context of economic systems that require larger and larger numbers to perform the essential task of consuming products?

I've said for decades that the solution to all of our problems is simple. We just need to live in accordance with the three basic laws of ecology.

First is the Law of Diversity. The strength of an ecosystem lies in diversity of species within it. Weaken diversity and the entire system will be weakened and will ultimately collapse.

Second is the Law of Interdependence. All of the species within an ecosystem are interdependent. We need each other.

Albert Einstein once wrote, "If the bee disappeared off the surface of the globe, then man would have only four years of life left. No more bees, no more pollination, no more plants, no more animals, no more man."

That is the Law of Interdependence.

Forget global warming folks. The disappearance of the honeybee could end our existence as human beings on this planet far sooner than we think.

And the honey bee is in fact now disappearing. Why? We don't know why. It could be genetically-modified crops, it could be pesticides, or it could be that our cell phones are interfering with their ability to navigate.

And bees pollinate our plants. Everywhere on the planet, bees are hard at work making it possible for you to live and enjoy life.

We hold on to our place on this planet by only a toehold. If anything happens to the grass family, we are screwed. If the earthworms disappear, we are in big trouble. If the bees disappear, well, according to Albert Einstein who was considered somewhat smarter than most of us, we will have only four years. Just enough time to get a college degree to discover that everything you learned is relatively useless when sitting on the doorstep of global ecological annihilation.

We are cutting down the forest and plundering the oceans of life. We are polluting the soil, the air, and the water, and we are rapidly running out of fresh water to drink.

Only corporations like Coke and Pepsi have figured out that water is more valuable than gold. That is why they are bottling it in plastic bottles and selling it. This week, I saw a bottle of water in my hotel room that I could have drunk for only $4.

Unbelievable. That means that water is now being sold for more than the equivalent amount of gasoline. I hope that I'm not the only one who thinks this is insanity.

Now, for Al Gore's really inconvenient truth. In his film he does not mention once that the meat and dairy industry that produces the bacon, the steaks, the chicken wings, and the milk is a larger contributor to greenhouse gas emissions than the automobile industry. You see, Al may drive a Prius but he likes his burgers.

This is why the big organizations like Greenpeace and the Sierra Club will not say a thing about the meat industry. Last year, I saw Greenpeacers sitting down for a baked fish meal onboard the Greenpeace ship Esperanza while engaged in a campaign to oppose overfishing.

When we pointed out that our Sea Shepherd ships serve only vegan meals, the Greenpeace cook replied, "That's just silly."

We see what we want to see and we rationalize everything else.

The oceans have been plundered to the point that 90% of the fish have been removed from their ecosystems. At this very moment, there is over 65,000 miles of longlines set in the Pacific Ocean alone and there are tens of thousands of fishing vessels scouring the seas in a rapacious quest to scoop up everything that swims or crawls.

This is ecological insanity.

The largest marine predator on the planet right now is the cow. More than half the fish taken from the sea is rendered into fish meal and fed to domestic livestock. Puffins are starving in the North Sea to feed sand eels to chickens in Denmark. Sheep and pigs have replaced the shark and the sea lion as the dominant predators in the ocean, and domestic house cats are eating more fish than all the world's seals combined. We are extracting some fifty to sixty fish from the sea to raise one farm-raised salmon.

This is ecological insanity.

Yet, the demand for shark fin is rising in China. Ignorant people still want to wear fur coats. In America, we order fries, a cheeseburger, and a "diet" coke.

Last week, a reporter called to ask me if I had really said that earth worms are more important than people. I answered that, yes, I had. He then asked how I could justify such a statement.

He said that I was insane for suggesting such a ridiculous idea when people were made in the image of God and earthworms were not.

What we have here, of course, is a failure to communicate between two radically different world views. His which is anthropocentric and sees reality as human-centred, and mine which is biocentric and sees reality as including all species equally working in interdependence. He sees us as divine and better than all the other species, and I see us as a bunch of arrogant primates out of control.

Consider the humble honey bee and remember that the little black and yellow insect you see flitting busily from flower to flower is all that stands between us and our demise as a species on this planet.

We better see to it that they don't disappear.