Rule 26: “In cases where a member or alternate member of the Animals and Plants Committee has a financial or personal interest that could call into question his or her impartiality, objectivity or independence regarding a subject to be discussed by the Committee, he or she must disclose the interest to the Committee in advance of the discussions. Following any such disclosure and where appropriate after consultations with the Secretariat, the member or alternate member may participate in the discussion but not in the making of any decision with regard to the subject.” 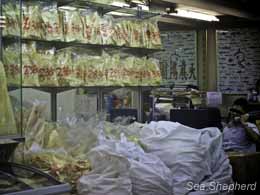 It should come as no surprise then, that when the working group reported back their suggestion was that the proposed RULE 26 on Conflict of Interest be deleted. Here’s what they had to say:

“With respect to proposed Rule 26, the view was expressed that this was essentially an ethical matter, more appropriate to a code of conduct rather than to rules of procedure. The question of how a conflict of interest could be identified, and who might make such a determination was also raised.”

Following their recommendations on the draft Rules of Procedure, RULE 26 on Conflict of Interest was deleted….

Not to be thwarted, the Secretary General of CITES, Mr. John Scanlon tried again at voluntary register of interests. Some members thought there was merit in this, however others opposed, stating that the Animal and Plant Committees had already considered and rejected the possibility of amending their Rules of Procedure, going as far as to state that there has never been a problem in the scientific committees related to conflict of interests.

The Standing Committee agreed, and to this day, thanks to Dr GIAM, CITES has no Conflict of Interest provisos.

So Dr Giam Choo Hoo, Sea Shepherd has three questions for you:

Report on attempts to introduce Conflict of Interest provisos (PDF)