An Iceland Without Whaling is On the Horizon

On Thursday 21st June Iceland killed their first endangered Fin whale since 2015 and Sea Shepherd crew were in place to document the whaling ship 'Hvalur 8' dragging it back to be butchered just before midnight and through the early hours of Friday 22nd June. 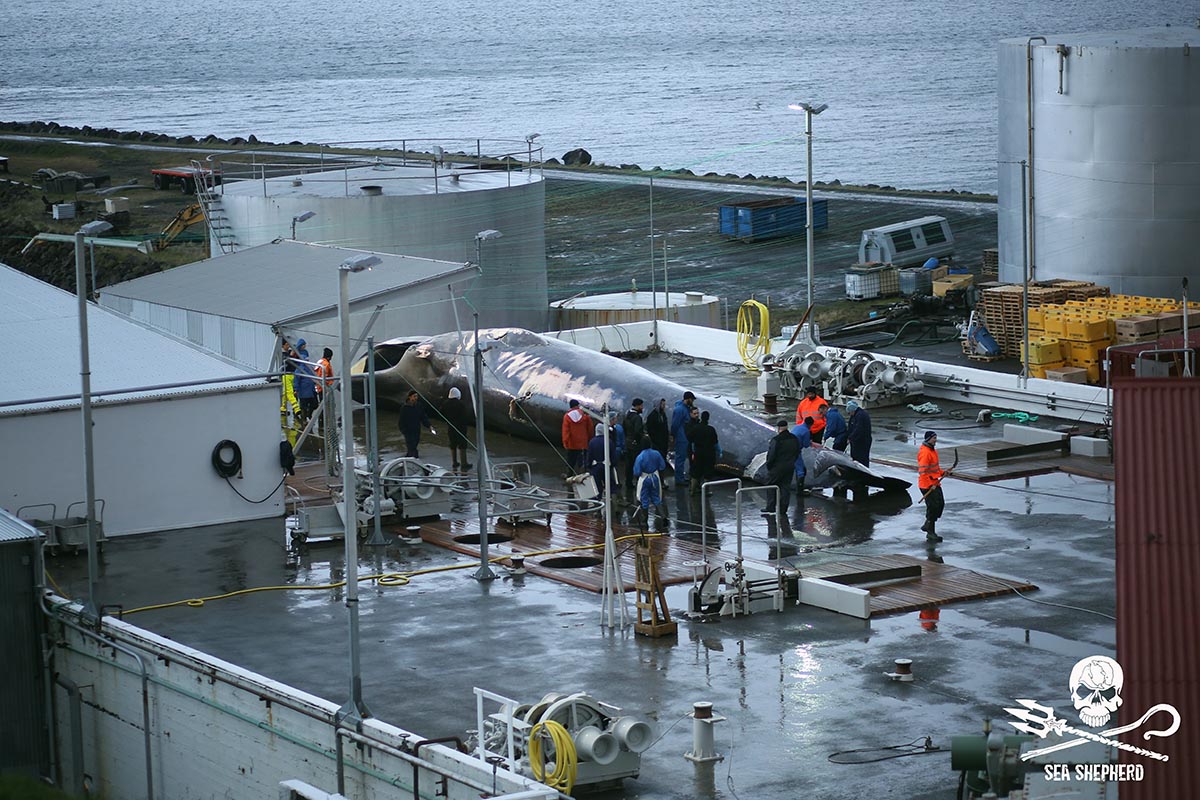 Way back in 1986, Sea Shepherd sank half the Icelandic whaling fleet and shut down their illegal whaling operations for 17 years.

So why don’t we do it again?

Iceland is illegally killing endangered Fin whales and they are the only nation on the planet doing so.

The two ships we sank never went whaling again and now sit on the beach rusting away. But the other two ships remain, and it would be a simple matter to scuttle them. Or it would be simple to mount a high seas blockade of their two ships with our boats.

We could do it and we would dearly love to do so. But we can’t.

Not because it’s not tactically possible.

No, the problem is that it does not work strategically.

If we wanted to generate a ton of publicity and solicit donations for an Icelandic Whale Wars, I am confident we could raise the support.

Unfortunately, there is one very important consideration that prevents us from doing so.

It’s because that is exactly what Kristjàn Loftsson, the owner of this horrific industry wants us to do.

This 34% who support whaling tend to be older poorly educated Icelandic men. As they die off the pro-killing numbers are shrinking.

As recently as 2013, an Icelandic poll stated that 60% of Icelanders support whaling. From 60% down to 34% in just five years shows incredible progress and corresponds to a diminishing older population.

A Sea Shepherd action at this point would be cause for Icelandic support for whaling to increase due to the nationalistic fervor such an action would initiate.

Back in 1986 with practically a 100% pro-whaling population (98%) in Iceland the whales had nothing to lose and everything to gain with a straight out physical attack on the ships and the whaling station.

Illegal commercial whaling was shut down for 17 years and thousands of whale lives were saved.

Not a single person was injured but two whaling ships were permanently removed from action and the whaling station was heavily damaged.

This summer Iceland has a Fin whale quota of 161 Fin whales plus the Icelandic government will allow the killing of 30 more carried over from the unused 2017 quota. They also have a quota of 209 Minke whales but have only managed to kill 63 over the last two years. Our sinking of half their fleet in 1986 has slowed down their operations considerably.

There simply is not enough profit in whaling anymore to justify the replacement of the two Loftsson’s ships we destroyed in 1986. 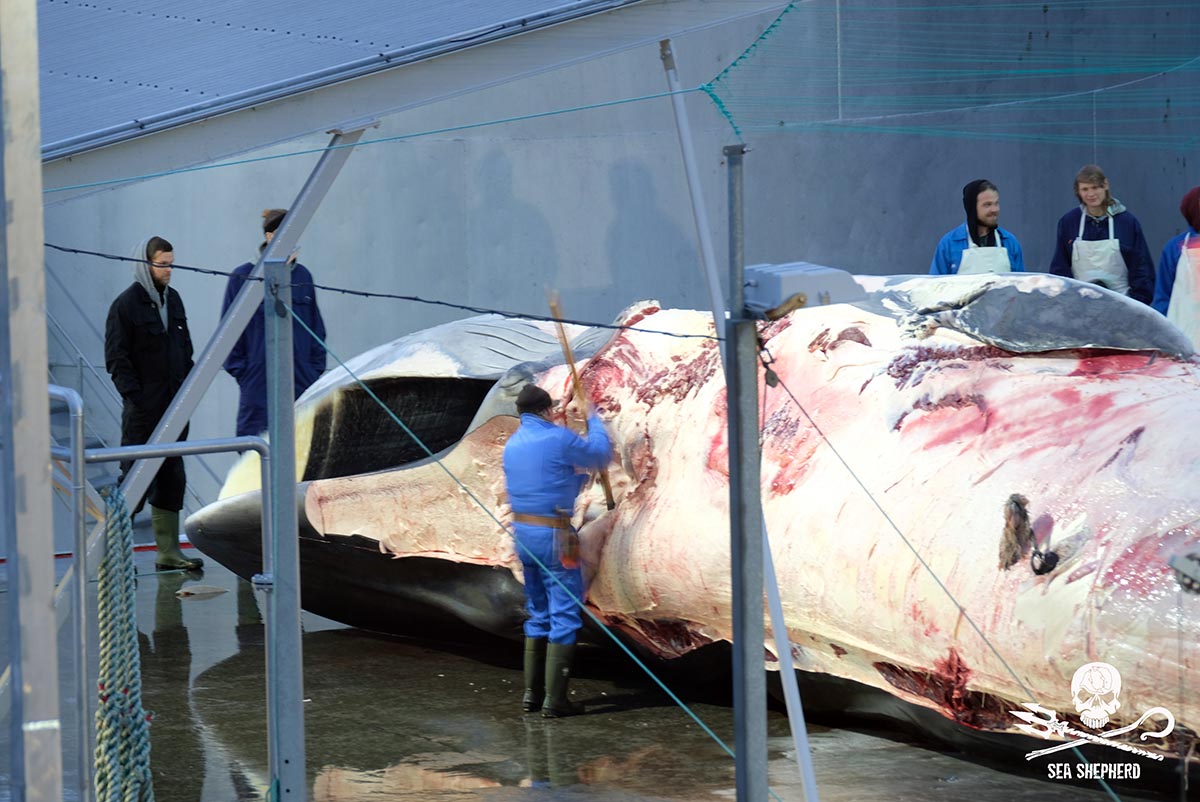 Iceland is actually a more notorious whaling nation than Japan and Norway because only Iceland targets endangered Fin whales. Sea Shepherd and the International Court of Justice put an end to Fin whaling by Japan.

The United States, Australia, Europe and other members of the IWC could invoke sanctions in accordance with international law but have all refused to do so.

Kristjàn Loftsson is the sole reason this barbaric industry continues. This one man has been responsible for the killing of over 35,000 whales. The good news is that he will be dead in a few years and hopefully commercial whaling will die with him.

Unless the Icelanders find reason to become enthusiastic about whaling and the only reason they would do so is if an outside group physically and dramatically intervened as we did before in 1986.

With commercial whaling dying and with whale watching in Iceland being a growing industry the writing is on the wall and although I would desire nothing more than to send the remaining two whalers to the bottom, such an action would not be productive for our clients.

Yes, there are many people who want us to intervene and have told me they want to donate to any intervention campaign. However, I have to put the long-term interests of our clients first, and our clients are the whales.

We have not abandoned them. Our crews are in Iceland and they are watching and documenting. The illegal actions of Iceland do not go unnoticed and we continue to try to convince member nations of the IWC to invoke economic sanctions. Unfortunately, we live in a world that lacks economic and political motivation to enforce international conservation law.

Personally, I can attest that it is very difficult for us to not intervene. I passionately want to destroy these killing ships and so do my fellow Sea Shepherds. But we must operate within the boundaries of the bigger picture.

In 1986 our courageous crew did the right thing with positive results. Since 1986, the social environment has changed. In 1986 whale killer Kristjàn Loftsson was 43...now he is 75. In 1986, this Icelandic Ahab had 98% support of the Icelandic people. Now that support is down to 34%.

Our ally now is simply time. When Loftsson dies, so does Icelandic whaling. Loftsson has sons but it is highly unlikely they will invest in new ships and equipment.

Icelandic whaling is dying and hopefully it won’t be long.

Iceland is an extraordinarily beautiful country with progressive peoples and exemplary social programs. They have only one blatantly disturbing black mark on their entire nation and that is the criminal whaling operations that Kristjàn Loftsson smears across the face of their national identity.