Thanks to our supporters and donors, our volunteer crew are on the frontlines in Iceland as part of Operation Northern Exposure for the entire whaling season working around the clock to capture the horrific images and share live streamed videos of the slaughter so the world can see what’s happening.

This is a first-person account with photos from Ky Trickett, a Sea Shepherd volunteer and master’s student in journalism from Bournemouth, England. 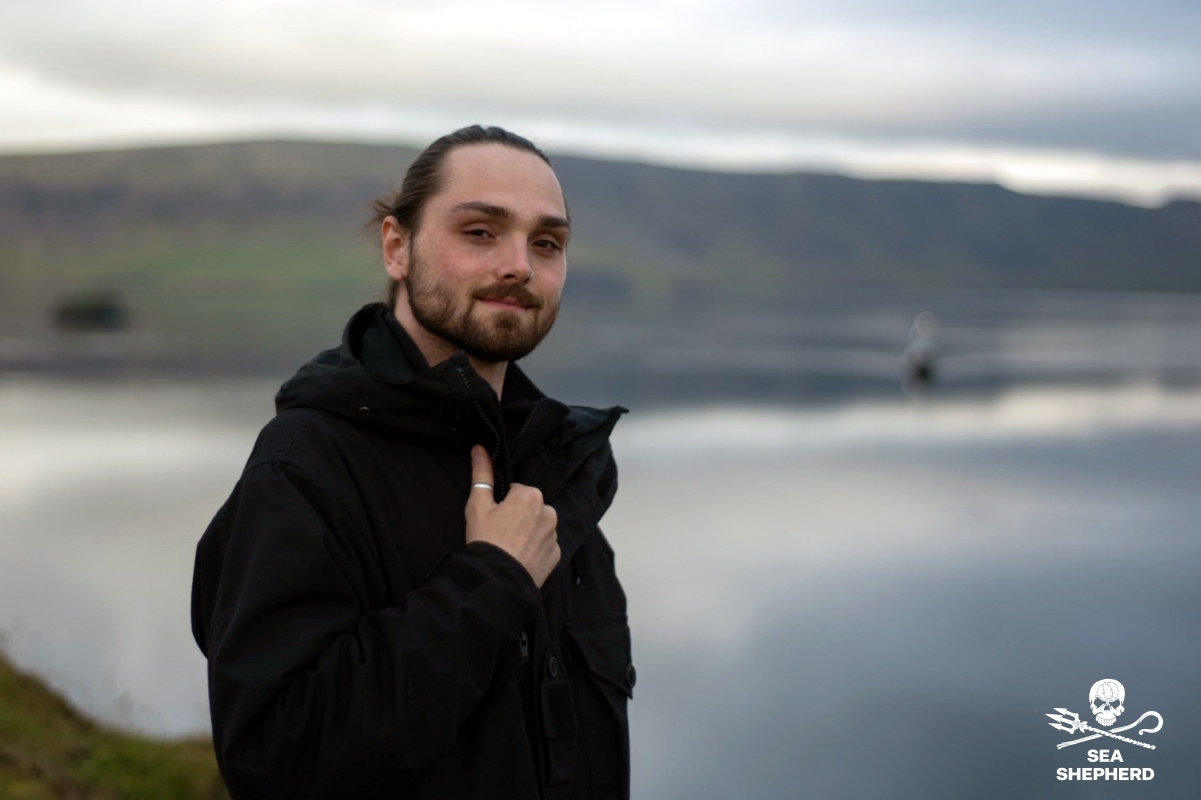 Iceland really is a magical and enchanting country straight from the pages of mythology. It’s a shame that this visage is broken by the quite literal actions of one man. Kristjan Loftsson is a Machiavellian character who is the CEO of the last commercial whaling operation in Iceland. His license to hunt Fin Whales expires in 2023, and he is exploiting that until the very last moments. His goal is to kill at least 140 Fin Whales (though he could kill up to 210) which are a vulnerable species facing many other threats to their survival in addition to Loftsson's grenade-tipped harpoons.

It is surreal seeing the second largest mammal in the world be monstrously ripped from their home and butchered. After witnessing over 30 whales be taken from the ocean and pulled into Loftsson’s diabolical factory we begin to disassociate from the horror but can’t forget that these cetaceans are extremely intelligent and divine creatures. These photos may not translate the real colossal size of the whales. My childlike mind can’t escape the comparison to Geppetto in Pinocchio being swallowed whole. Watching as each one gets winched up the whaling station's slipway like a massive extra-terrestrial being delivered to be dissected in the open air, it’s the smell that always brings this nightmare back to a reality. The smell is indescribable and sticks to your clothes and skin even though we are outside the fencing surrounding the horror.

The work to document and expose this is really exhausting. It involves near constant energy from the crew and non-stop surveillance. We are only a small crew in Iceland, all taking shifts to watch the Hvalfjörður (Icelandic for “Whale Fjord”); when a ship is spotted the crew all musters, sometimes after having only just gone to sleep and sometimes even with no sleep. Our mission is to document with cameras and live stream the often six-hours long process to butcher each whale. Often enough, Loftsson’s ships return with two whales and the process takes well over 12 hours – an exhausting but rewarding mission. It is all worth it to expose this injustice to our own world. The oceans are the lungs and the heart of our planet and cetaceans play a crucial role in regulating their health. In a world where we’re more conscious than ever of protecting our environment through climate change and deforestation, how we allow acts of pure greed like this exist baffles me.