Visit this page to read the latest commentary & editorials from Sea Shepherd.

For articles from 2012 or earlier, visit our Commentary archive. 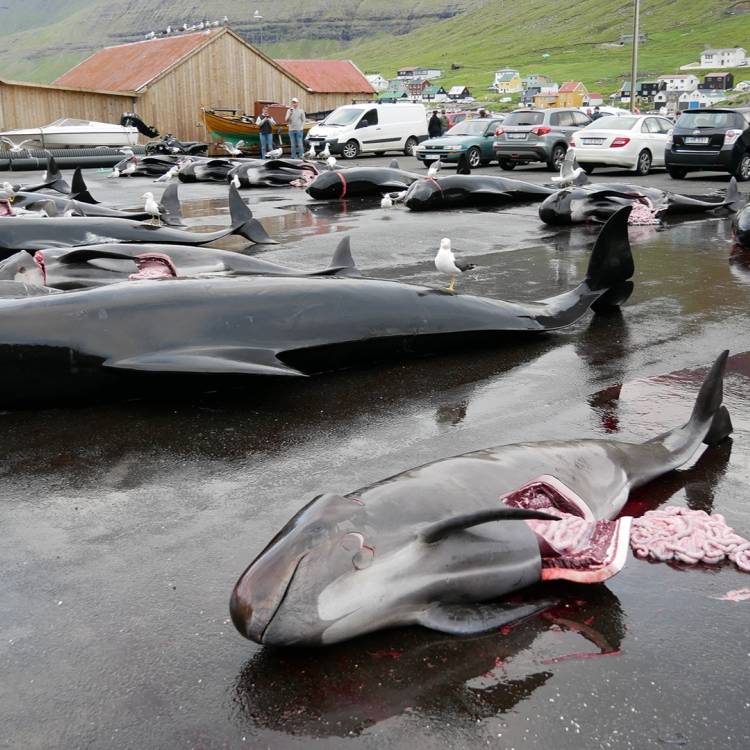 In a typical grindadrap drive hunt, a pod of pilot whales or Atlantic white sided dolphins is chased by dozens of small fishing boats, private speedboats, high powered RIBs, and sometimes jet skis, often for many miles and for several hours- an action itself which is illegal in Denmark, the UK, the entire European Union, and many other countries around the world due to the proven stress it... 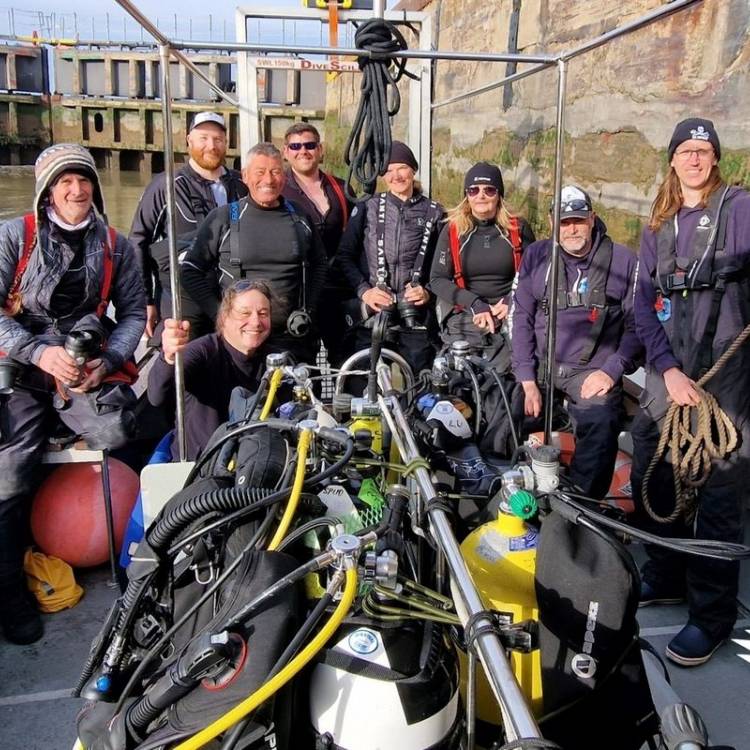 Sea Shepherd UK's Ghostnet Campaign crew were out all last weekend diving a wreck site off the East Coat of Yorkshire in our newly launched boat 'Spectre' (an Offshore 105 boat complete with stern mounted diver lift and newly upgraded electronics, sonar, and navigation) and what a great weekend haul they had! Our 10 boat crew and divers were up very early to ensure we could get 'Spectre'... 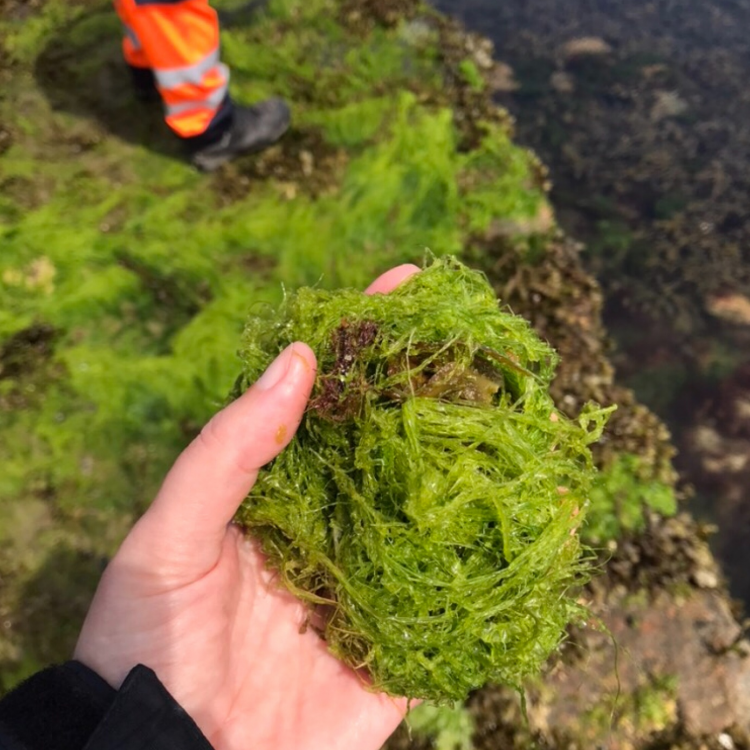 Here’s how YOU can save billions of marine organisms a month!

I am a member of Sea Shepherd UK, part of the wider Sea Shepherd movement that operates around the world to defend, conserve and protect marine wildlife and habitats. Here is an easy way that you can save billions of marine organisms and microorganisms, no matter where you live!  Governmental marine and land management departments and harbour masters (among many others) have been pouring... 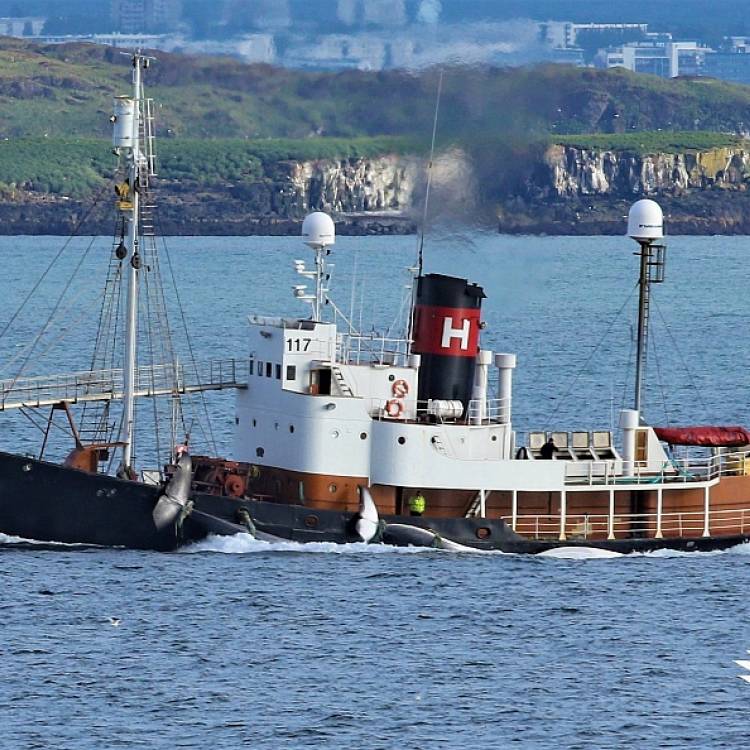 Fin whales will be hunted this summer in Iceland!

Kristján Loftsson, CEO of the Icelandic whaling company 'Hvalur hf' has stated in the Icelandic media that his ships will once again be hunting threatened Fin whales (the second largest whale species after the blue whale). Based on previous whaling season statistics and conversations with Hvalur hf whaling crew, we expect Loftsson's intention is to kill at least 140 Fin whales between mid-June... 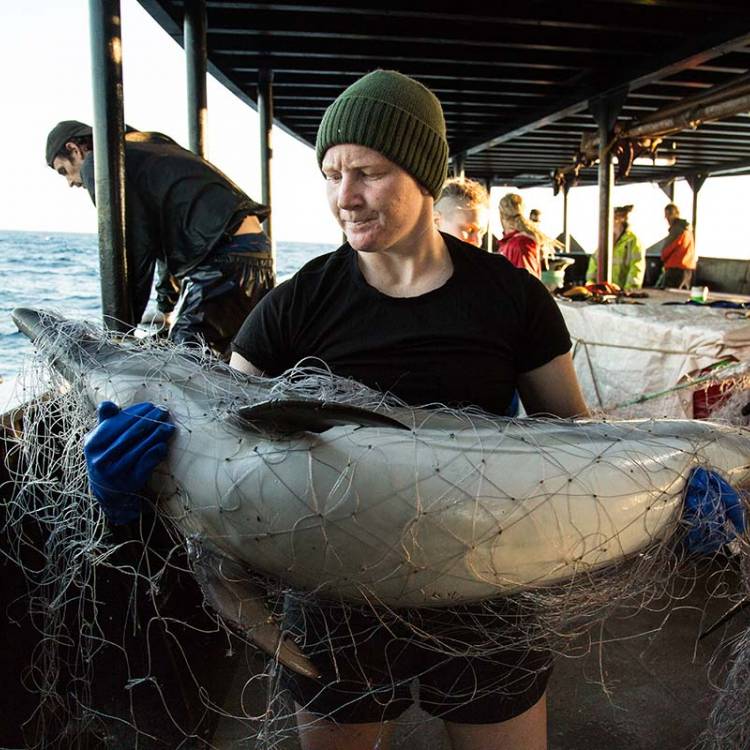 Commentary by Sea Shepherd CEO Captain Alex Cornelissen Over the past five years Sea Shepherd has focused on Illegal, Unreported and Unregulated fishing (IUU fishing). Our campaigns, primarily in West Africa, have given us a wealth of information regarding the impact of both IUU fisheries as well as large scale industrial fisheries on the ocean. It’s clear that mankind is killing all life in... 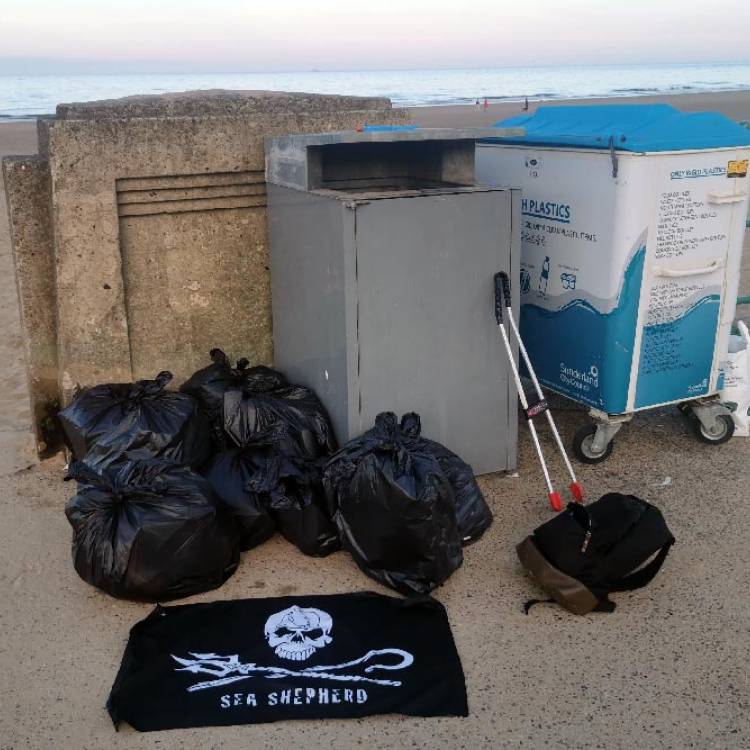 COVID-19 and our Marine Debris Campaign

Commentary by Vijay Kritzinger, Senior Volunteer with Sea Shepherd UK Due to the COVID-19 lockdown restrictions across the nation which were implemented in March, Sea Shepherd UK had to cancel group and public participation beach cleans. However, Sea Shepherd volunteers across the UK have continued the campaign by using their daily exercise time to safely conduct solitary, family group or... 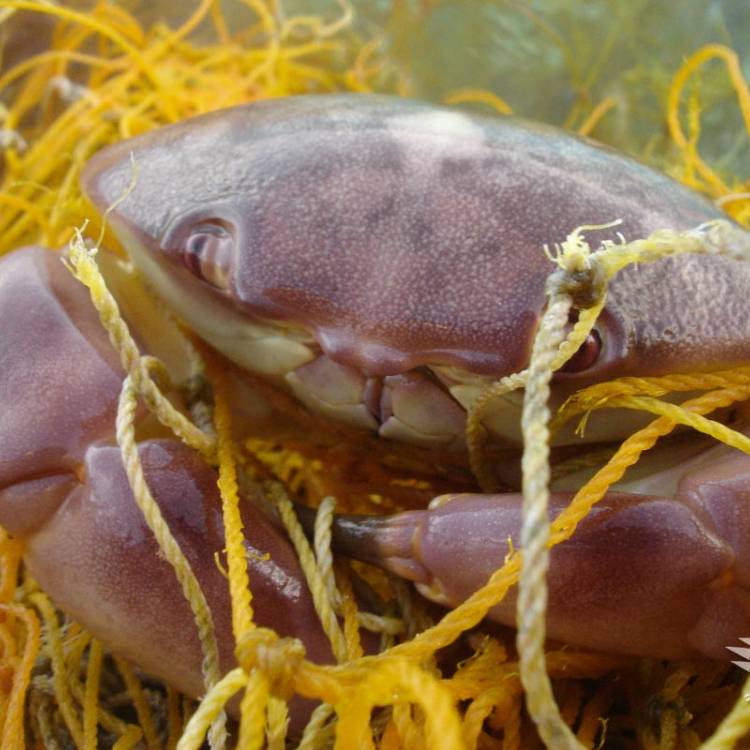 Did you give up eating fish for “Plastic Free July”? Chances are you probably didn’t, because no one told you the truth about where most of the plastic in our oceans comes from, and how our meal choices have contributed to it. Commentary by Sea Shepherd Global Plastic marine debris is choking our oceans and their inhabitants. Photo by Susie Holst This July, we were all reminded about the... 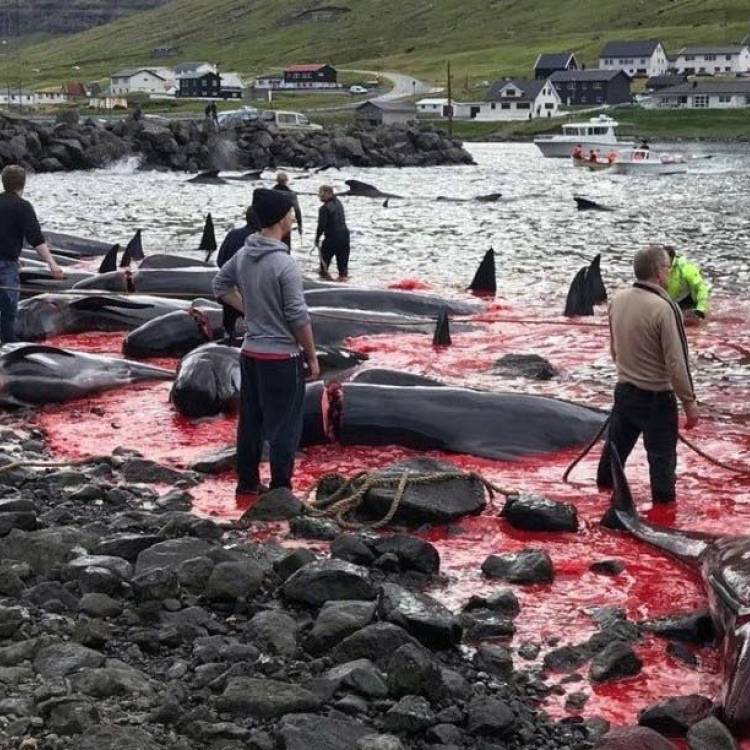 Murder Most Foul in the Faroe Islands

Commentary by Captain Paul Watson The Serial Killers of the Danish Faroe Islands have murdered 536 Long Finned Pilot Whales and 7 Atlantic White Sided Dolphins so far in 2019. Why do I call this murder? First the slaughter is actually called the Grindadráp. In old Nordic this literally translates as the murder of pilot whales. The old Nordic word dráp means murder. It is not used today and... 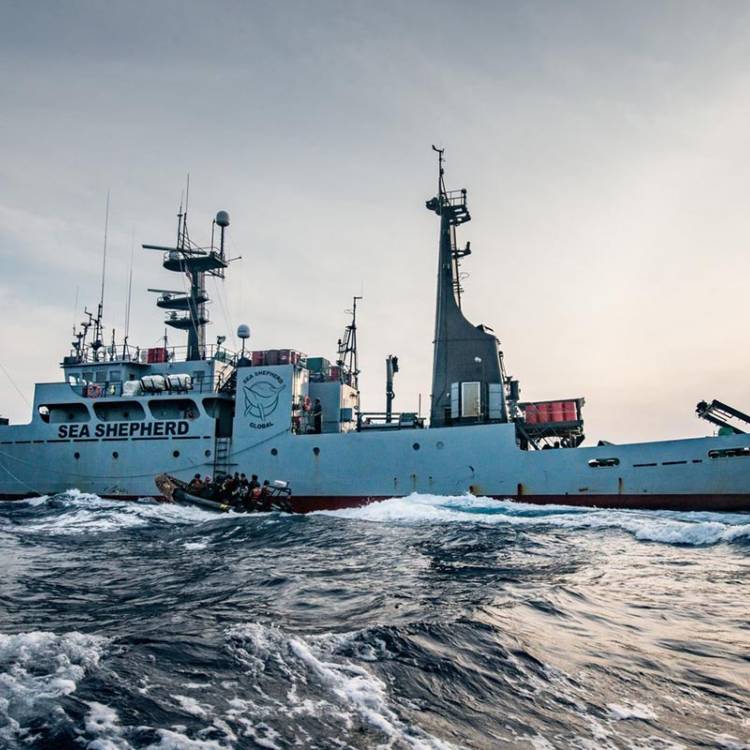 Commentary by Sea Shepherd Captain Alistair Allan of the M/Y Sam Simon Liberia, West Africa – It’s another cloudless day and the blue water shimmers under the relentless assault from the sun. There’s hardly a breath of wind to interrupt the endless turquoise plateau as I stare out my porthole. The internal phone rings in my cabin. An excited voice is on the other end: ‘’ORCAS! Orcas... 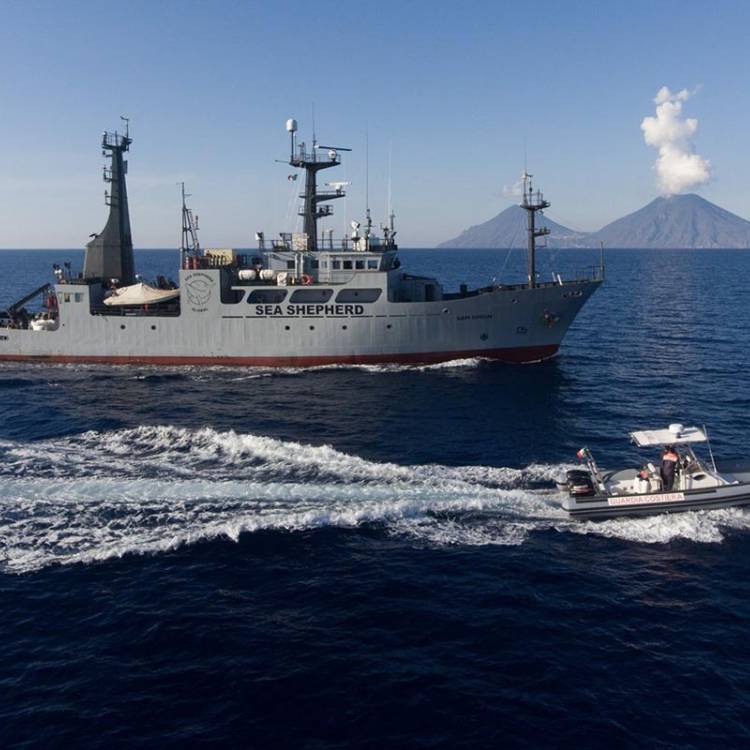 Jun 19, 2018 - Governments Allow Exemptions for Killing of Protected Species in the Baltic Sea

May 23, 2017 - Report on the first grindadráp of 2017 in which 84 long finned pilot whales were killed the Danish Faroe Islands

Apr 3, 2017 - In Response to Japanese Whalers Reaching their Quota of 333 Whales

Mar 24, 2017 - Why Sea Shepherd joins and supports the international campaign “Another Perspective on Fish”

Dec 12, 2016 - Japan Underestimates the Global Movement That is Sea Shepherd

May 9, 2016 - The Origin of Operation Albacore - a long walk, a long chase and a new front in the fight to protect African Wildlife

Feb 6, 2016 - Greenpeace Is Sliding Backwards Down a Slippery Slope

Jun 29, 2015 - The Consequences of Successful Intervention

Mar 4, 2015 - Court Victory for the Bluefin Tuna and Sea Shepherd

Aug 28, 2014 - Woe to the Poor Whales that Get Stranded on a Beach in the Ferocious Isles

Jul 25, 2014 - Opposing the Horrific Depravity of Senseless Slaughter in the Faroe Islands

Jul 7, 2014 - Note to All the Pro-Whale Murdering Sea Shepherd Haters in the Faroe Islands

Apr 7, 2014 - Sea Shepherd Australia thanks Bob Brown, as he steps down as chairman

Feb 20, 2014 - On Being Relentless - Update from the Southern Ocean Whale Sanctuary

Jan 23, 2014 - A Kindness of hearts nurtures a force to be reckoned with for the oceans!

Jan 23, 2014 - An Open Letter to British Airways and Virgin Atlantic

Jan 7, 2014 - Documenting the Slaughter in the Southern Ocean

Oct 13, 2013 - SeaWorld & co, WAZA and IMATA and Their Collaboration with the Dolphin Slaughter in Japan

Oct 4, 2013 - Australia’s Grey Nurse Shark is Under Threat and Needs Your Help!

Sep 30, 2013 - Chinchilla Says the President is Not Responsible for Government Corruption

Sep 2, 2013 - The Cove Guardians and the Sea Shepherd Policy of Gaiatsu

Aug 21, 2013 - Brutal Death and Suffering; Business as Usual in The Faroe Islands

Jul 2, 2013 - Reflecting on the Opening Arguments of Whaling in the Antarctic