In 1986, two Sea Shepherd Conservation Society activists scuttled half of Loftsson's whaling fleet in Reykjavik harbour (the whaling ships Hvalur 6 and Hvalur 7) and sabotaged Hvalur hf's whaling station. The two damaged ships never went whaling again and now sit on the beach just East of the whaling station rusting away. This now famous anti-whaling action was reported around the world and managed to shut down Iceland's illegal whaling operations for 17 years. Many thousands of whale lives were saved. 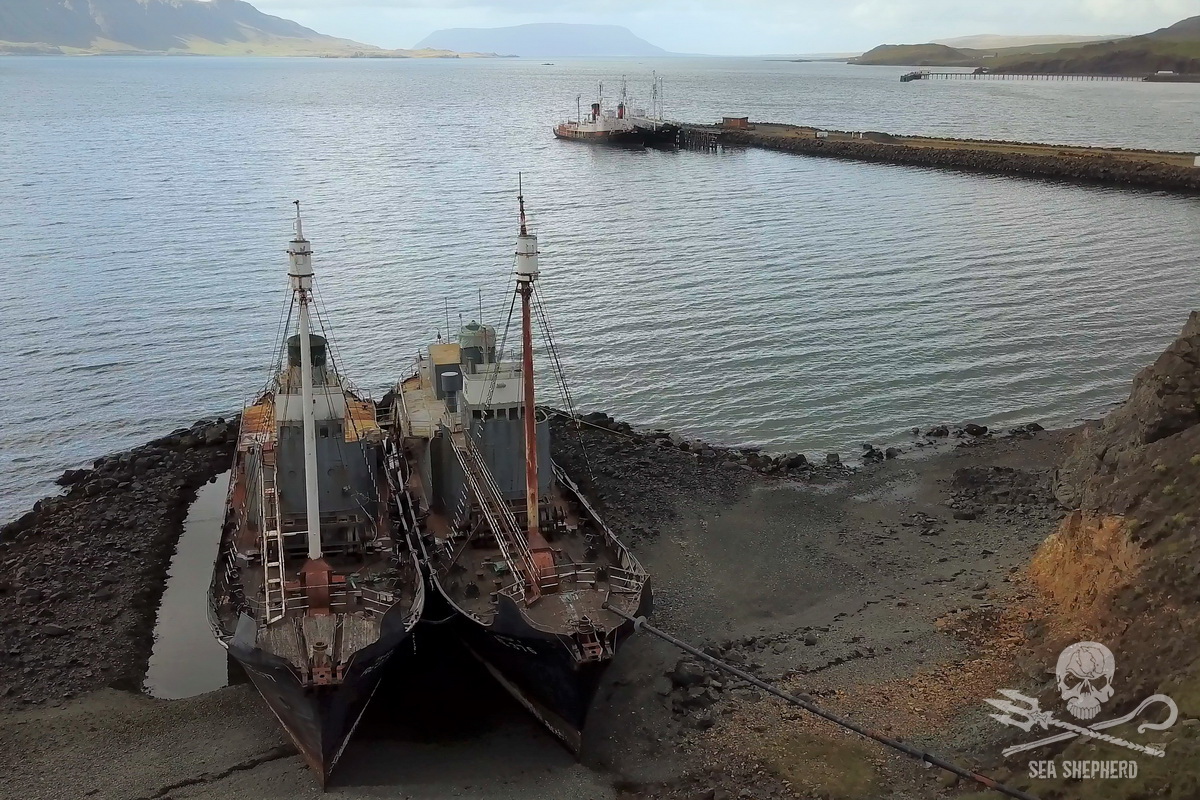 Since Sea Shepherd's action in 1986, opposition to whaling within Iceland has increased from an insignificant 2% to now over 34%. Those who support whaling (also 34%) tend to be older poorly educated Icelandic men according to the Icelandic media.

As recently as 2013, an Icelandic poll stated that 60% of Icelanders supported whaling. From 60% down to 34% in just five years shows incredible progress and corresponds to a diminishing older population.

In May 2018 it was clear that Loftsson intended to re-start whaling with repair work starting on Hvalur 8 and Hvalur 9 in Reykjavik harbour - so Sea Shepherd UK decided to start 'Operation Mjölnir' (Thor's Hammer) - a new comprehensive campaign to document, expose and ultimately hammer the final nail in the coffin of 'Hvalur hf' before the Icelandic Parliament debates if to issue another 5 year block of whaling permits to kill endangered Fin whales. 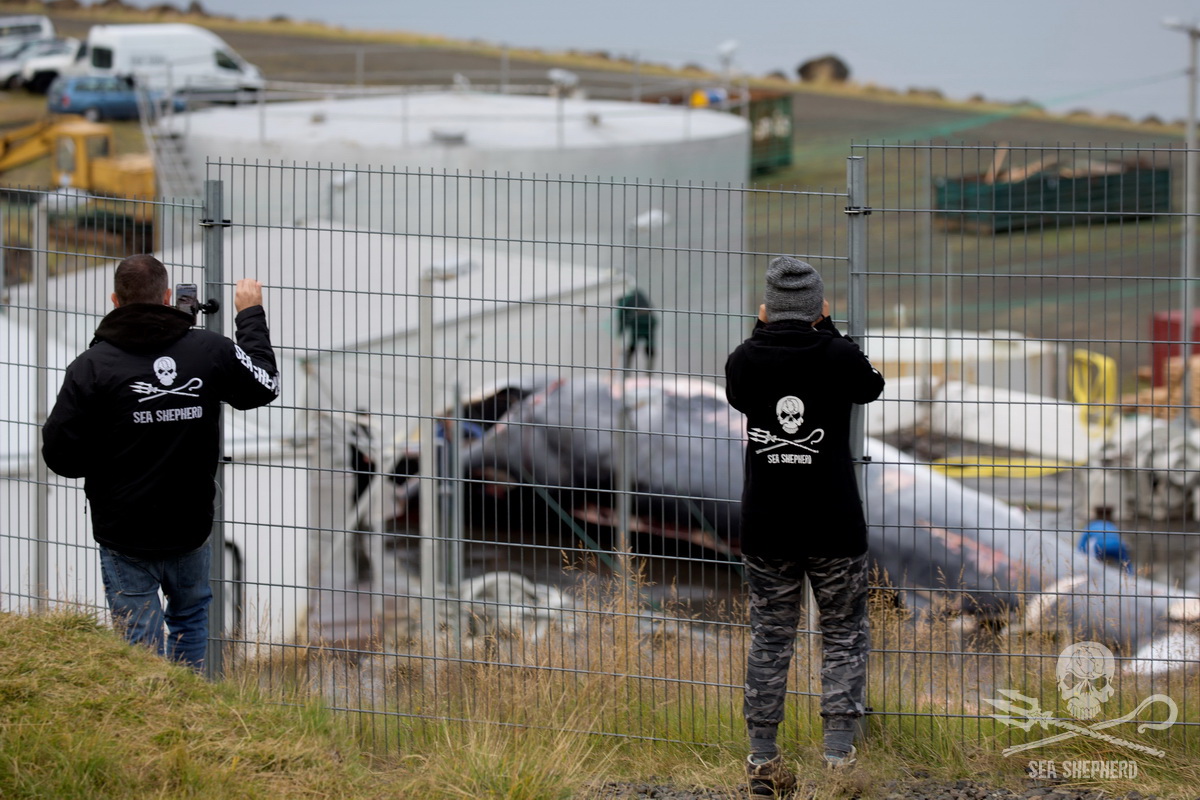 A few NGO's and some Icelandic have reported on Hvalur hf's whaling in recent years from Hvalfjordur, though most only only at times during the first week of the whaling season - with the notable exception of the German conservation group 'Hard to Port' which has reported from Iceland since 2013 for much longer periods. However, with Sea Shepherd UK's 'Operation Mjölnir' the activities Hvalur hf would be put truly under the global spotlight throughout the entire whaling season from the first whale to the last whale - something that Hvalur hf and the Icelandic government had never experienced before. 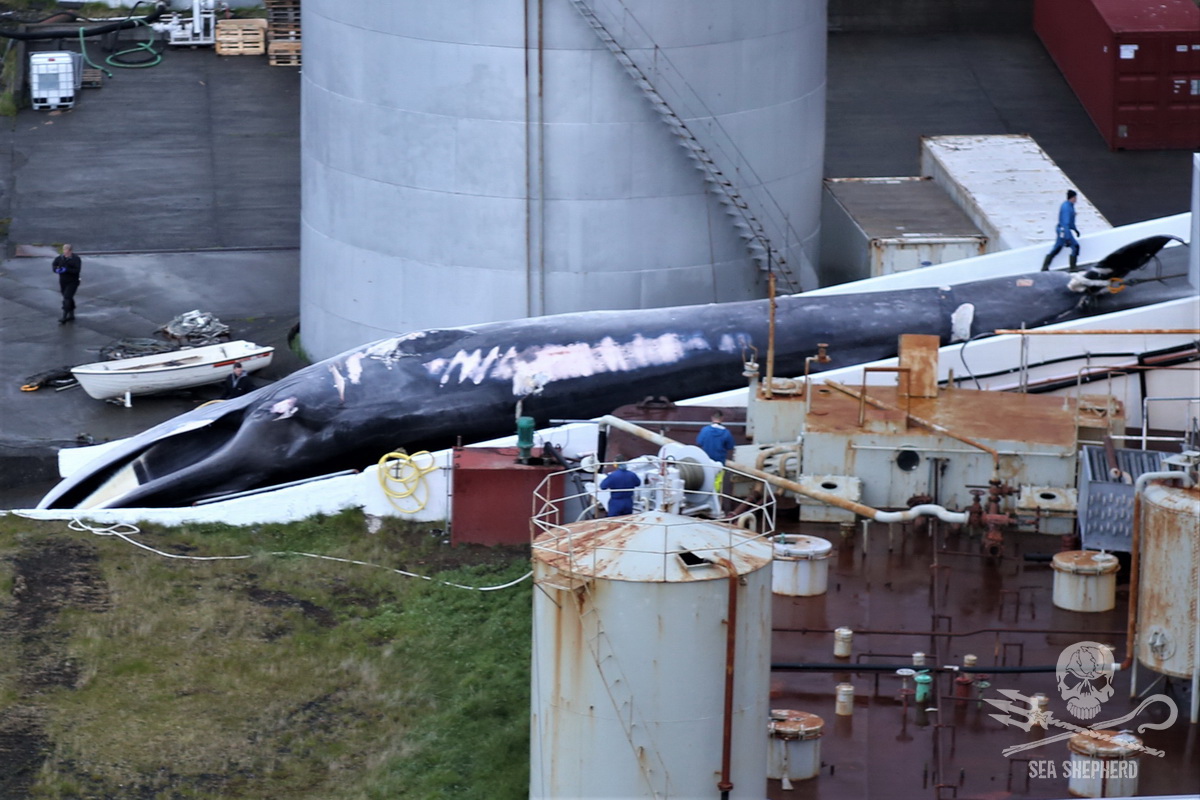 By the end of the whaling season 146 whales had been cruelly killed by the harpoons of Hvalur 8 and 9 in Icelandic waters including 144 Endangered Fin whales of various ages with around 21 (TBC) of those harpooned when they were pregnant. Two whales however were not Fin whales (the only whale type listed on Hvalur hf’s Icelandic government issued whaling permit).

Sea Shepherd UK’s crew on Operation Mjölnir who travelled from England, Wales, Scotland, Shetland, Jersey, France, USA and Canada working in small teams staying around Hvalfjörður and Akranes from the 18th June for a total of 101 days covering the entire whaling season

Sea Shepherd crew maintained a 24hr watch on the Icelandic coastline by Akranes and around Hvalfjörður and managed to: 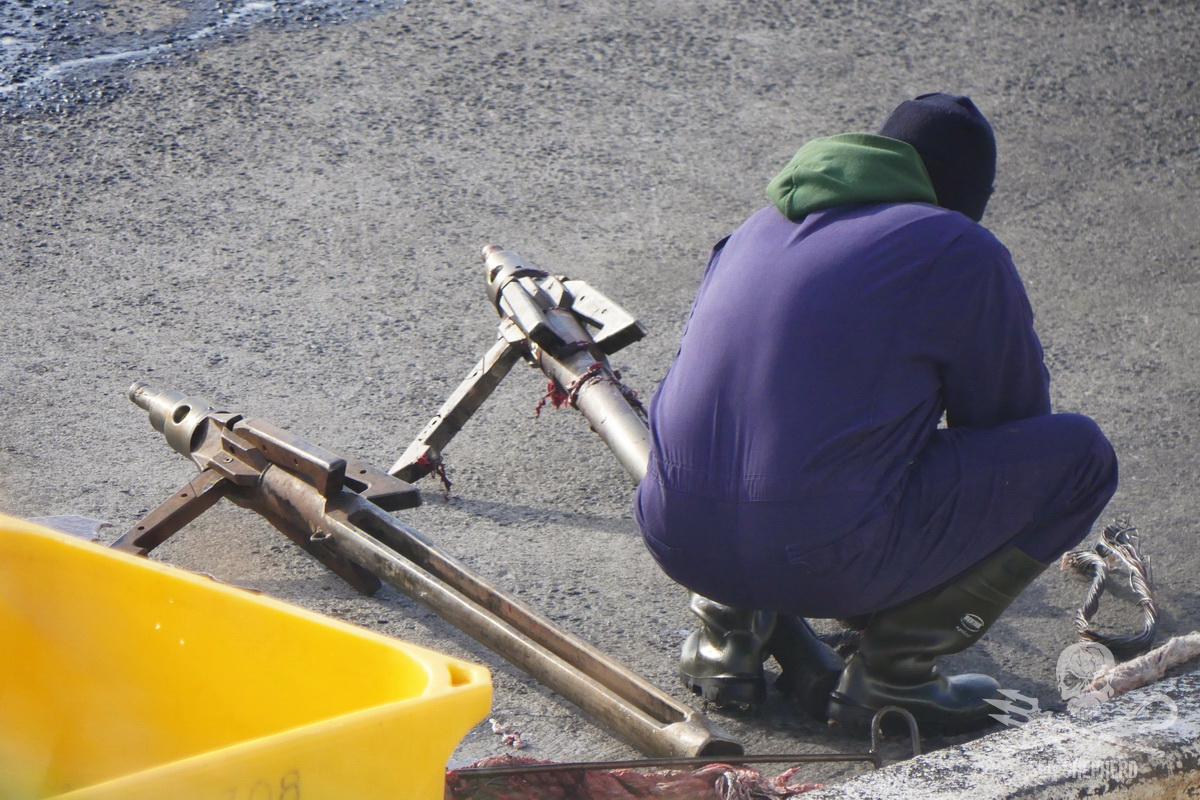 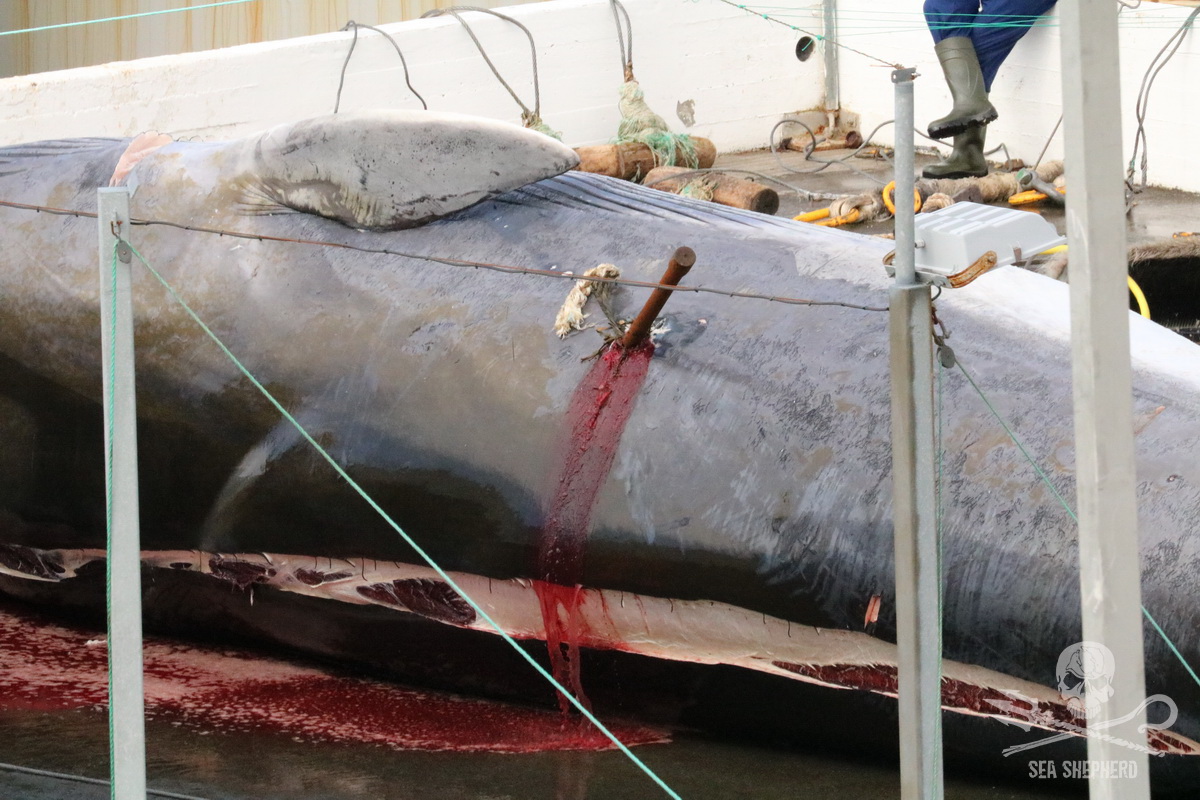 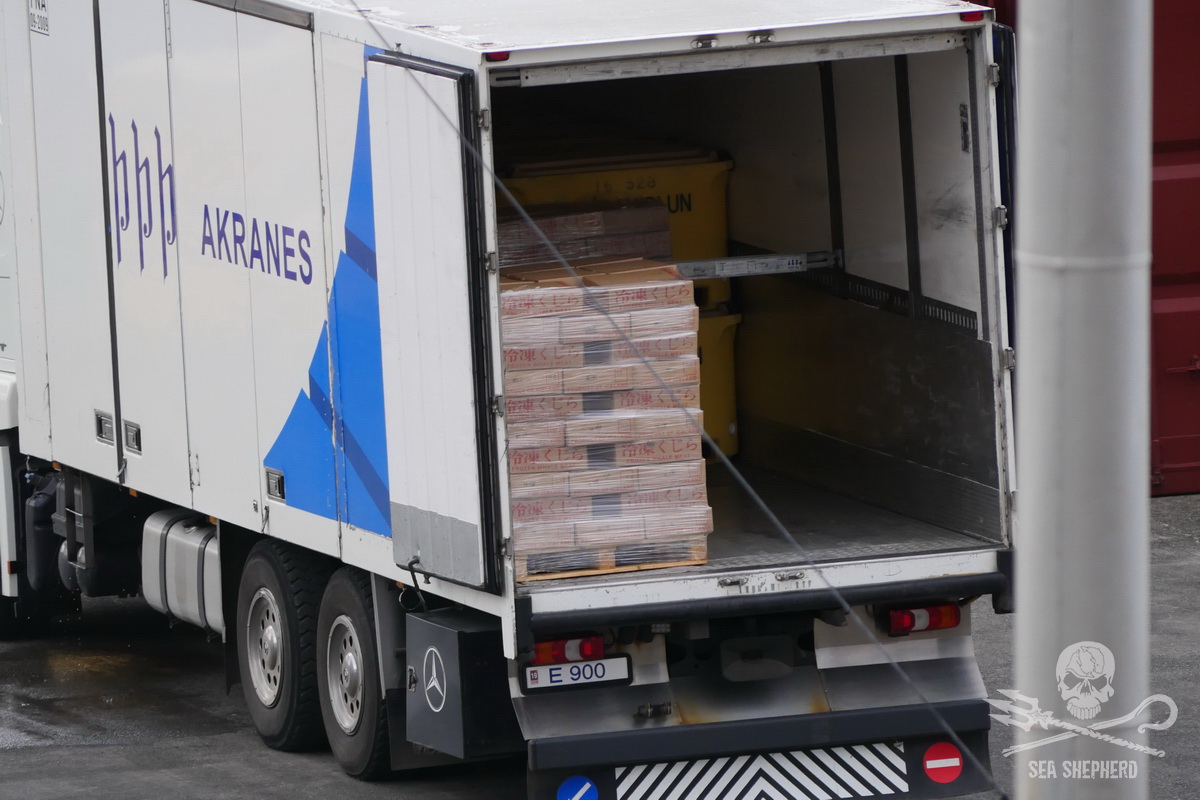 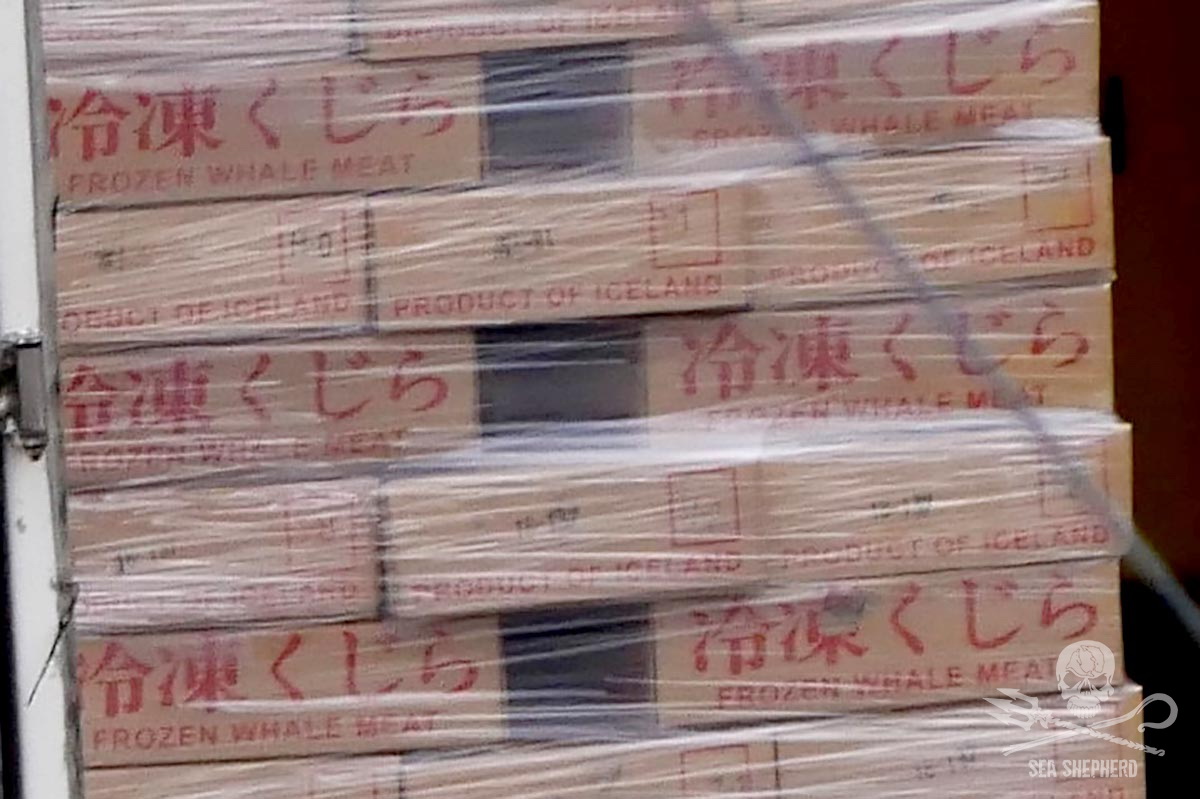