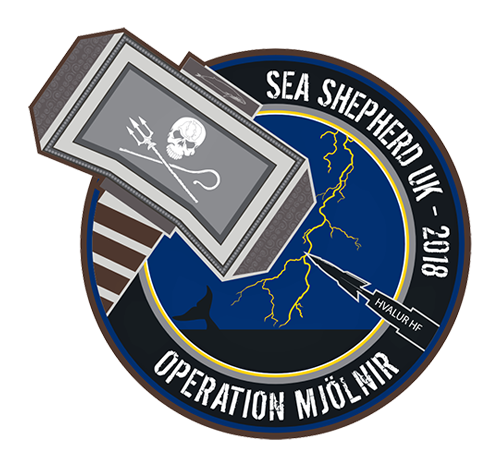 The Icelandic whaling company ‘Hvalur hf’ is notorious for exclusively hunting endangered Fin whales, the second largest animal on the planet after the Blue whale. Hvalur hf's CEO is multi-millionaire fishing magnate and second-generation whaler Kristján Loftsson who oversees the running of the world’s last large shore based whaling station at Miðsandur on the North side of Hvalfjörður and the company’s two Norwegian built whaling ships, Hvalur 8 (built in 1948) and Hvalur 9 (built in 1952).

Kristjàn Loftsson is the sole reason this notorious whaling company continues to hunt Fin whales and his company is now responsible for killing over 35,000 endangered whales.

The 2018 quota given to Hvalur hf by the Icelandic government was for a staggering 161 Fin whales - plus Hvalur hf had an additional 30 Fin whales added to the quota (carried over from 2017) which could be killed during a 100 day season  under the county's self-exemption to the Global Moratorium on Whaling - an exemption which is not recognised by the majority of the nations represented at the International Whaling Commission.

Each whaling voyage by the ageing harpoon ships takes on average 36 hours to the open seas off the West coast of Iceland, though still within the nation's economic exclusion zone, in a total round trip of around 300 nautical miles (depending on where whales are being found by Hvalur hf or spotted and reported by pro-whaling captains of any Icelandic fishing boats.

Virtually all the products (some 1700 to 200 tons) of these endangered Fin whales killed by this one rogue Icelandic whaling company are shipped to Japan using Icelandic and Japanese reservations to the Convention on International Trade in Endangered Species (CITES).

The last time Hvalur hf hunted Fin whales was in 2015 when the two harpoon ships killed 155 whales. However, Loftsson hit issues both when exporting the meat and then within in Japan (the only market for Icelandic Fin whale meat and products) with Japan’s food standards test results showing excessive contaminants in the whale meat. This effectively shut the door to further Icelandic Fin whale imports and Loftsson’s two ships sat moored in Old Reykjavik harbour from the 27th September 2015 until the 19th June 2018 when (after swift repairs and a repaint) the harpoon ship 'Hvalur 8' left Reykjavik, had it's harpoon gun fitted at the whaling station in Hvalfjörður, conducted a test firing then early the evening ventured to sea on the first Fin whale hunt in almost 3 years.

On the 21st June Hvalur hf killed it's first endangered Fin whale of 2018 and Sea Shepherd UK's crew were in place to document the whaling ship 'Hvalur 8' dragging it back to the whaling station to be butchered just before midnight and through the early hours of Friday 22nd June. See: https://www.seashepherd.org.uk/news-and-commentary/commentary/an-iceland-without-whaling-is-on-the-horizon.html

The slightly larger whaling ship 'Hvalur 9' completed major repairs on the 27th June and headed out from Reykjavik harbour on the morning of the 29th June to have it's harpoon gun fitted and tested before venturing out whaling the same day.